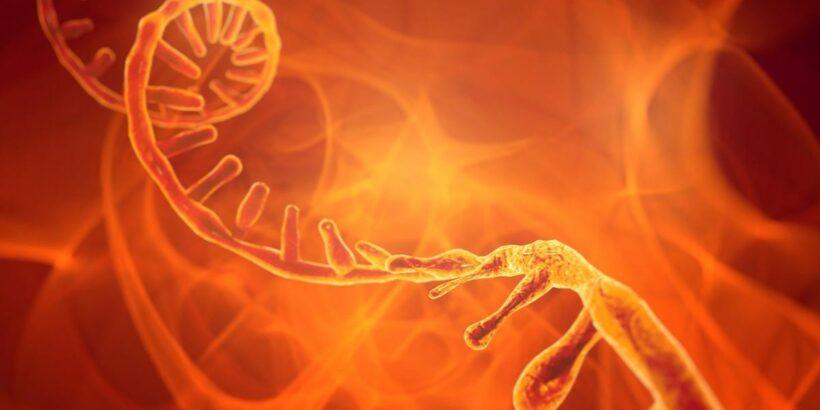 With the ongoing coronavirus disease 2019 (COVID-19) pandemic, research on ribonucleic acid (RNA), the genetic material that makes up the viral genome, has been a focus of scientific efforts. However, this depends on RNA purification, which is both difficult and challenging.

A new preprint in Cell Reports Methods reports a tool to enable RNA purification by sequence, helping to determine the structure, chemical modifications, and interactions between different RNA molecules.

Nucleic acid purification is fundamental to biomedical research, allegra elisa as it is a huge industry. Beginning with Friedrich Miescher’s purification of nucleic acid, which he called nuclein, many different types of RNA have been discovered, such as messenger RNA (mRNA), self-splicing RNAs, and gene regulating RNAs. Other non-conventional RNA types have been identified as well, including microRNAs, long noncoding RNAs, and chemically modified RNAs.

RNA purification is meant to eliminate genomic DNA (deoxyribonucleic acid, found in many viruses, bacteria and higher organisms), enzymes and organic solvents. In most currently adopted approaches, the total RNA content, or a subset, is isolated from the sample, and purified using liquid chromatography-mass spectrometry (LC/MS), gel electrophoresis, or organic extraction.

This does not answer the need for purification of specific RNA sequences in order to relate structure and function, for instance. Thus, a more expensive and sophisticated method, namely, magnetic beads with single-stranded DNA (ssDNA) capture probes. These are sold commercially and are able to purify RNA panels or subtypes as such. However, further customization is essential for sequence-based purification, and multiplexed purification of multiple sequences from one sample is not possible at present.

This motivated the current study based on DNA. This is a highly versatile material that has been used to construct nanostructures with precisely defined rigid geometries and dynamic functions. The scientists set up a catch-and-release method using DNA nanoswitches that respond to external alterations by conformational changes.

This experiment is a proof-of-concept, pioneering the first-ever successful attempt at RNA purification based on DNA nanotechnology. The nanoswitch is similar to the principles of origami, employing a single-stranded DNA molecule as the supporting structure around which oligonucleotides are hybridized to create the second strand.

Two oligonucleotides are modified as ssDNA capture probes specifically targeting the required RNA sequence. On recognizing and capturing the target, the nanoswitch changes to a looped conformation. This migrates differently from the native unlooped conformation on agarose gel during electrophoresis, thus signaling the capture of the target sequence.

What did the study show?

The researchers set up a protocol to capture, release and isolate specific sequences of RNA using DNA nanoswitches that are activated by conformational changes.

This was tested using specific synthetic microRNAs with an array of sizes, 22 nucleotides in length. Following capture, the enzyme DNase I was used, being capable of digesting both single- and double-stranded DNA, in pure or hybrid form (DNA-RNA molecules).

This efficiently digested the captured complexes, leaving the RNA sequences along with unwanted DNA nucleotides or bits. A commercial RNA gel extraction kit was then adapted to purify the RNA, or a crush-and-soak method, or column purification, whereby other elements were removed. A substitution was also made with the dye to avoid RNA damage by ultraviolet radiation.

The yield was best with the second approach, at 75% of the input material, with 99.98% purity. The method was compared with bead-based extraction of microRNA from total cellular RNA, with excellent results.

Using a 400-nucleotide mRNA fragment with a 60-nucleotide target region, they found that the nanoswitch with 30 nucleotides was the most efficient compared to 15 or 20 nucleotides. The capture efficiency was low which led to a low recovery rate of 5%.

The process was established as a benchtop protocol, thus minimizing expense and equipment required. In addition, the experimental approach was designed to be programmable for multiplexed purification of more than one RNA sequence from the same sample. This is by using different loop sizes to achieve different rates of migration and hence different unique bands in the gel.

These were able to detect and individually purify miRNA and mRNA fragments simultaneously, and these could be detected again in purified form by the nanoswitches, confirming their specificity. Up to six different DNA fragments can be detected using this approach.

The method was tested with real samples. When combined with downstream LC/MS, this tool was able to capture 5S and 5.8S ribosomal RNA simultaneously but separately. The purified RNA was capable of undergoing analysis for modifications, of which there are over a hundred, all capable of altering the biological function of RNA.

With this method, the researchers were able to use the gold standard LC/MS without having to digest the RNA first. This led to the detection of 2′-O-methylguanosine, 2′-O-methyluridine, and pseudouridine in a ratio of 1:7:22, on the sequences of interest.

This novel catch-and-release method allows the use of DNA nanoswitches to purify specific RNA sequences. This was able to purify mRNAs, microRNAs, ribosomal RNA and modified RNAs, over varying lengths from tens to hundreds of nucleotides.

The method described here is simple, inexpensive, and requires low sample amounts, making it appropriate for easy adoption. Its multiplexed purification capacities are a unique feature, as is its ability to pick up the target sequence for purification during the process itself.

Advantages of using this method rather than the bead-based methods include the absence of surface binding artefacts, as observed with bead-based binding, allowing for higher degrees of purity. Secondly, it detects the target sequence during the process in a visualizable manner, helping to identify trouble points and estimate the yield.

This is important when purifying longer RNAs with beads, as this may require customized beads, and thus a customized protocol, without any idea what is happening until the test is over.

In addition, this method uses fewer samples, as the nanoswitches can detect specific sequences at attomole levels. The low-cost, benchtop model can allow each client to build it as required to detect and purify only the RNAs of interest. It allows modifications to be detected as this occurs without the loss of sequence information. It can be used even with a large pool of RNA species to purify only the required sequences.

Further improvements are in view, to increase the scale of purification and switch to automated processing. Since nanoswitches handle RNA at femtomolar proportions, upscaling the volume and using multiple gel lanes could allow picomolar purification, while using LC could lead to even greater purification.

It is also flexible enough to adapt to other biomolecules.

It can be seen from the history of scientific literature that advances in purification tend to precede new discoveries (e.g., Dr. Miescher's isolation of DNA in 1868). We hope that our approach will similarly facilitate new discoveries, both in RNA science and beyond.”