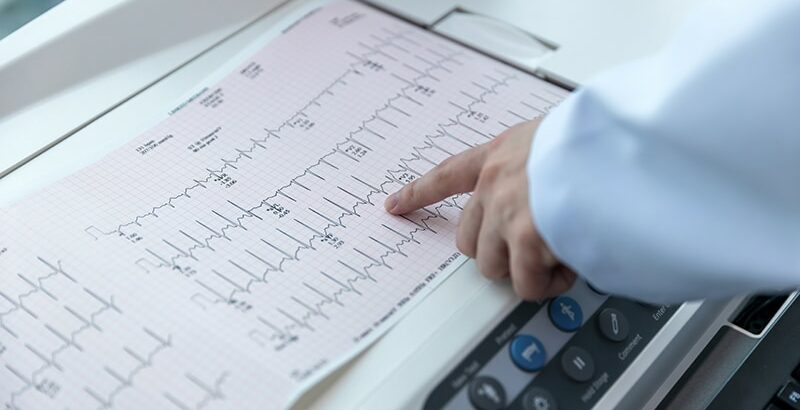 When a patient has permanent atrial fibrillation (AF) and advanced heart failure (HF), rate control therapy is an option but an “ablate-and-pace” strategy may be better at improving symptoms. The ablate-and-pace approach, compared to pharmacologic rate control, may even prolong survival in a subset of such patients when the accompanying pacemaker provides cardiac resynchronization therapy (CRT), suggests a new randomized trial.

In the APAF-CRT trial, mortality fell more than 70% over 4 years for such patients with HF and narrow QRS intervals who were assigned to ablate-and-pace — that is, CRT after creation of heart block by atrioventricular (AV) junction ablation — compared to those managed medically.

The benefit was seen regardless of left ventricular ejection fraction (LVEF) at the start of the trial and probably stemmed from “the combination of strict rate control and rate regulation achieved by AV-junction ablation together with biventricular pacing,” said Michele Brignole, MD, what is orlistat Istituto Auxologico Italiano, Ospedale San Luca, Milan, Italy. The CRT substitution for a standard pacemaker, he explained, is thought to “counteract” the adverse remodeling effects of apical right ventricular (RV) pacing.

Brignole delivered the remarks at a media presentation before his presentation of the APAF-CRT during the virtual European Society of Cardiology (ESC) Congress 2021.

The results “support ablation-CRT as a first-line therapy in patients with permanent AF and narrow QRS who were hospitalized for heart failure,” regardless of ejection fraction, said Brignole, who is also lead author on the study’s same-day publication in the European Heart Journal.

“The results are not surprising. They are in line with prior studies with shorter follow-up, and they justify a relatively common practice today, to implant CRT in these patients. It has previously been shown to improve heart failure and quality of life, and is now proven to improve survival because of the longer follow-up,” observed Michael Glikson, MD, Shaare Zedek Medical Center, Jerusalem, Israel, at the media briefing.

“The APAF-CRT mortality trial makes an important contribution to establishment of AV-nodal ablation with CRT as first-line therapy of resistant atrial fibrillation with heart failure, mostly in patients with reduced ejection fraction,” said Glikson, who was not part of the trial.

However, he added, “the advantage of CRT over RV pacing is still somewhat unclear in patients with normal or preserved ejection fraction,” who were relatively few in APAF-CRT and in whom RV apical pacing after AV nodal ablation has not been shown to make a big difference to ventricular function.

The new analysis covered the trial’s second phase, which featured a mortality primary endpoint, in contrast to the previously reported initial stage that followed the first 102 patients over 2 years for death, worsening HF, or HF hospitalization.

The first phase had halted enrollment before reaching its planned target of 280 patients when an interim analysis showed a significant benefit for ablate and pace. The mortality trial continued to recruit at 11 centers in Europe, reaching 133 patients, who were followed for up to 4 years, the report notes. But its enrollment had also been suspended after an interim analysis saw superiority in the ablate-and-pace arm.

APAF-CRT entered patients with severely symptomatic permanent AF for longer than 6 months, with a QRS interval no greater than 110 ms, who had at least one HF hospitalization in the last year and were considered poor candidates for AF ablation. Their mean age was 73 years, and almost half, 47%, were women.

They were randomly assigned to ablate-and-pace with CRT or pharmacologic rate control therapy, 63 and 70 patients, respectively. Patients in either group could be given an implantable defibrillator at physician discretion.

The new ESC guidelines on cardiac pacing and cardiac resynchronization therapy recommend “that if the ejection fraction is subnormal, they should receive a CRT as the first choice,” Glikson said. “However, for patients who are undergoing AV nodal ablation and have normal ejection fractions, we thought that RV apical pacing should be okay,” so that was the main recommendation, he said.

“I think that the APAF-CRT study does not really change this approach” because the study was small and there were few data on such patients.