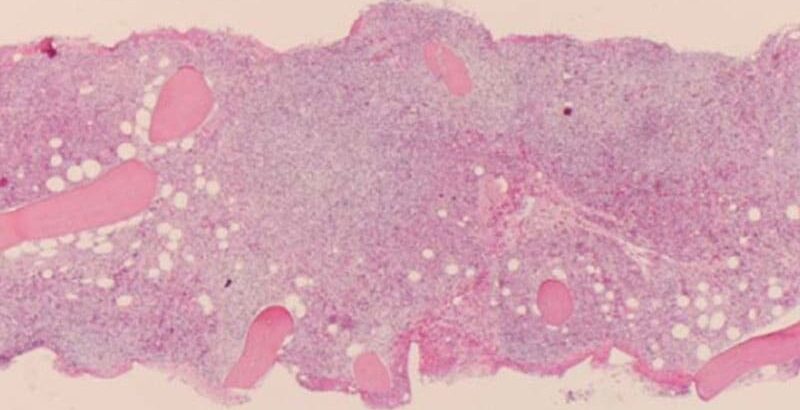 When to initiate treatment is as important as what to use for the treatment of patients newly diagnosed with Waldenstrom macroglobulinemia (WM), a leading expert in the disease emphasizes.

“We have to be very careful not to tell patients they have cancer when 40 years may go by and they may not actually develop anything,” commented Stephen Ansell, aventyl MD, PhD, professor of medicine, Mayo Clinic, Rochester, Minnesota.

“There are times when watchful waiting is appropriate and treatment is not needed, so it’s really critical that physicians understand where on the spectrum of this disease process a patient is before deciding to initiate treatment,” he emphasized.

Where patients are on the spectrum of the disease process depends entirely on the symptoms they have, Ansell explained.

“Waldenstrom macroglobulinemia is a disease with two problems,” he said.

The first problem is that it is a lymphoplasmacytic lymphoma in which lymphocytes do not transform into plasma cells as they should but rather accumulate in tissues such as bone marrow, lymph nodes, liver, and spleen.

“These infiltrates can cause problems, such as low blood counts, enlarged lymph nodes, and challenges in different places where these cells are taking up space,” Ansell said.

The second problem in the disease process is the formation of a monoclonal IgM protein — a large molecule comprising five antibodies that are stuck together. This molecule also clogs up and sticks to different tissues.

High levels of IgM protein cause problems such as hyperviscosity, visual disturbances, neuropathy, amyloidosis, and significant hemolytic anemia, he added.

Patients can meet diagnostic criteria for WM but be either entirely asymptomatic or, at the other end of the spectrum, badly in need of treatment, Ansell underscored.

Complicating the picture is so-called IgM monoclonal gammopathy of undetermined significance, a precursor condition that does not require treatment. In about 15% of patients, it progresses to WM over many decades.

There is also indolent, or “smoldering,” WM. A significant proportion of patients with this condition remain asymptomatic despite evidence of bone marrow involvement and elevated levels of IgM protein. These patients do not need treatment, Ansell commented, but they should be followed every 3 to 6 months, and their protein levels should be monitored.

Once lymphoplasmacytic cells start causing a lot of constitutional symptoms — fevers, drenching night sweats, and significant weight loss — the disease is clearly active. Visual deterioration, bleeding, and neurologic symptoms may occur; all are signs of hyperviscosity that are rarely seen when IgM levels are <4 g/dL. “This is a medical emergency that needs to be treated right away,” Ansell stressed.

For these patients, plasmapheresis, essentially an “oil change” that washes off all of the excess IgM protein and replaces it with saline — should immediately be initiated, he said.

Once the decision has been made to treat symptomatic WM, there are two main classes of drugs that Ansell favors as initial treatment.

The first are alkylating agents such as bendamustine combined with the antibody rituximab. These drugs are delivered intravenously. Patients need to be medically fit and able to tolerate chemotherapy, Ansell said, but the course of delivery of these drugs is typically finite.

The second class of drugs are the Bruton tyrosine kinase (BTK) inhibitors. These include ibrutinib, zanubrutinib (Brukinsa), and acalabrutinib (Calquence). For less fit, older adults, these oral medications are a more suitable choice. They are given until disease progression.

In a study of newly diagnosed WM patients, the combination of bendamustine plus rituximab resulted in an overall response rate (ORR) of >90% after 6 months of treatment.

Furthermore, it doesn’t matter whether a patient carries the MYD88 mutation or the CXCR4 mutation; “everybody has a similar benefit from therapy,” Ansell noted. In a study that involved 30 patients, the ORR with ibrutinib was 100%, although the study showed that for patients who carry the CXCR4 mutation, the response time may be longer than for patients without the mutation, although eventually these patients do respond, he added.

In a study that compared the second-generation drug zanubrutinib with the first-generation drug ibrutinib in symptomatic WM patients, response rates were excellent and were highly comparable between the study’s two arms. However, the side effect profile differs between the two: there is significantly less risk for atrial fibrillation, flutter, and hemorrhage with zanubrutinib, so it may be better suited for patients at risk for either irregular heart rate or bleeding, Ansell suggested.

Proteosome inhibitors such as bortezomib (Velcade) are typically used as second-line agents, Ansell commented, but they can be effective when used in combination with low-dose dexamethasone and rituximab.

In one study of the triplet bortezomib, low-dose dexaethasome, and rituximab, the “vast majority” of symptomatic patients responded to treatment very rapidly and clearly benefited from it.

In a study in which another proteosome inhibitor, ixazomib (Ninlaro), given in combination with dexamethasone and rituximab, the the response rate was high for the majority of patients, regardless of whether they carried the CXCR4 mutation.

Used on its own, rituximab is associated with a significant flare in IgM protein, which can persist for many months, Ansell noted.

In one study of rituximab alone, the ORR was roughly 50%. Single-agent rituximab can be useful for select patients, especially those with significant neuropathy or hemolytic anemia, Ansell suggested.

“When you have a patient with relapsed disease, you still may not need to treat right away if they do not have any symptoms,” Ansell emphasized.

Chimeric antigen receptor (CAR) T-cell therapy has not been used much for patients with WM, but very good responses have been seen in those with marginal zone lymphoma, which is a close cousin of WM, Ansell noted.

Another new approach is the use of venetoclax (Venclexa), a targeted therapy that acts as a BCL2 inhibitor. At the meeting, Jorge Castillo, MD, Dana Farber Cancer Institute, Boston, Massachusetts, reported on a successful trial involving patients with previously treated symptomatic WM. Patients who responded to venetoclax 200 mg or 400 mg given for 1 week were then given venetoclax at a dose 800 mg. Treatment was continued for 2 years.

The ORR was 83%, and the median progression-free survival was 30 months, which Castillo described as “a highly acceptable response.” The treatment was well tolerated, he added.

Castillo noted that most patients (90%) who experience relapse with ibrutinb have developed resistance to covalent BKT inhibitors.

However, in a first-in-human study, the new noncovalent BTK inhibitor pirtobrutinib was found to be safe and active in the treatment of patients with multiple B-cell malignancies, including patients previously treated with covalent BTK inhibitors. Thus, pirtobrutinib might address a growing, unmet need for alternative therapies for the patients who experience relapse, he said.

“There a several exciting clinical trials ongoing in WM which include BTK inhibitor combinations in doublets and triplets as well as noncovalent BTK inhibitors,” Castillo noted.

“And immunotherapy may be promising as well,” he added, especially for very tough-to-treat disease.