Are some of our hospitals still failing to stop spread of Covid on the wards? Worrying stories after scientists confirmed thousands caught coronavirus as in-patients

Almost a year after The Mail on Sunday first warned that thousands of Britons had died of Covid they had caught in hospital, top scientists confirmed our story last week.

A study, published in world-renowned medical journal The Lancet, found that one in ten Covid patients picked up the virus while on a ward after being admitted for some other reason.

Our intention was never to blame. But our hope is that all hospitals will bring in better infection control measures to keep patients safe – just like they did for the MRSA superbug.

And if official Government statistics are to be believed, buspar dosage for depression the tide is turning. Hospital- acquired Covid accounts for between two and five per cent of cases.

But there is still no clear way to check individual health trusts and see how well they are doing in terms of tackling the problem.

We were only able to obtain figures by making a request to each and every trust using the Freedom of Information Act. This data should be easy to access, and simple to interpret – just like other Covid figures are. 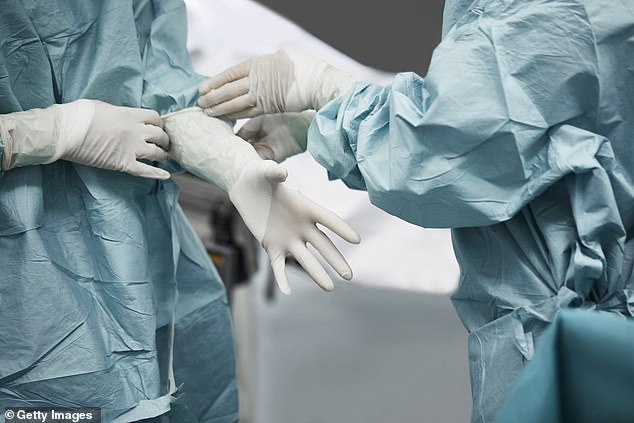 A study, published in world-renowned medical journal The Lancet, found that one in ten Covid patients picked up the virus while on a ward after being admitted for some other reason

In a bid to find out whether the dangers of hospital-acquired Covid are really in the past, we asked readers to write in and tell us their stories.

We received a flood of emails and letters, many of them heartbreaking. And a lot were cases from this year.

Here, we print just a few. In each case, we know the names of the hospitals. But they have been withheld for the time being for legal reasons.

Please do keep writing to us, and we will continue to investigate.

My husband, Douglas, went into hospital after a fall in January. After 11 days, he tested positive for Covid.

He died on February 2. I am absolutely devastated. He didn’t deserve to die the way he did – he’d been so responsible, keeping himself safe from the virus for the past year.

I was told by the trust there would be an inquiry into his and other hospital-acquired Covid deaths but have heard nothing since.

I feel my husband’s death shouldn’t have happened, and I miss him every day.

On September 17, 2020, my husband and I celebrated our silver wedding on a holiday in North Wales. It was a great relief, after shielding throughout the summer.

Ten days later, I developed a severe back pain and was taken into hospital – an MRI scan showed I had deterioration of my spine.

On October 14, still in hospital, I was diagnosed with Covid, as were the other three patients in my bay. We were told there were many more on the ward.

A few days after that, I was discharged home.

My husband developed symptoms and was diagnosed after I went home – fortunately he was not seriously affected.

After six days at home, my legs gave way and I fell to the floor twice. I was taken back into hospital, this time to be treated for Covid.

I came back home on November 21, and we’re paying for a carer to help from our small savings as I have such limited mobility.

I’m now confined to bed or a wheelchair.

In our case, nobody died, and we are grateful for that. But our later years – our lives – have been shattered by what appears to be a failure in infection control. 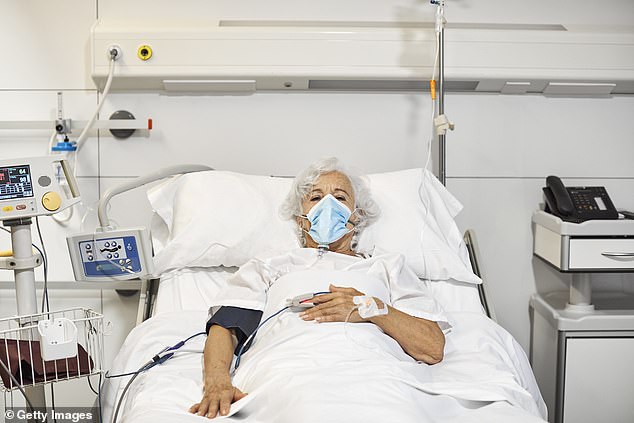 A dear friend of mine was on a four-patient ward, with Perspex screens dividing the beds.

The staff were changing gloves and aprons after tending to each patient.

She was in hospital due to breast cancer, but after a week was diagnosed with Covid.

A week later she died. She was only 55. The most upsetting part was that she had spent ten months being ultra-careful. She knew chemo had left her immune system weaker.

So to contract this disease while in a healthcare setting seemed to me like an awfully cruel joke.

In February, my dad, who’s 88, was admitted to hospital. He suffered from heart and kidney failure, and was having problems with swollen legs, but we had kept him safe at home all through the pandemic.

Unfortunately, he’d not been vaccinated. He was on antibiotics, and his GP refused to give him the jab until he had been off the tablets for two weeks, which didn’t happen. We’d pleaded and pleaded, and even went to the Care Quality Commission, but they said it was up to the individual doctor to decide.

Dad spent approximately ten days in hospital, was transferred to a care home for a week, and then was taken back to hospital.

He had been there almost another week – we weren’t allowed to visit – when a nurse dropped the bombshell: ‘You know your dad’s tested positive for Covid don’t you?’ Obviously we were horrified. Over the next few days they kept telling us he was doing well.

We tried to speak to him on his mobile but he was very confused, which was not at all like him – he was as sharp as a tack normally.

Then we got a call from a doctor on the ward saying Dad had Covid delirium, and that basically we could go say our goodbyes.

The shock was unbelievable – we just couldn’t understand how he could have gone downhill so fast.

We know he wasn’t a well man, but we feel we would have had a while longer to enjoy his company. I don’t think any of us will ever forgive the hospital for not protecting him from Covid while he was in their care.

His death certificate states hospital-acquired Covid as the primary cause of death.

He was so loved and respected by so many.

My son needed treatment for a minor bowel blockage and was kept in hospital on a ward where some of the patients had Covid. After two weeks, he caught it.

Eight weeks later he was discharged to a nursing home as he was ‘terminal’.

Unfortunately, he passed away a few days later in the nursing home – the death certificate says Covid-19.

We hadn’t been allowed to visit him prior to saying our goodbyes. Naturally we are still grieving. 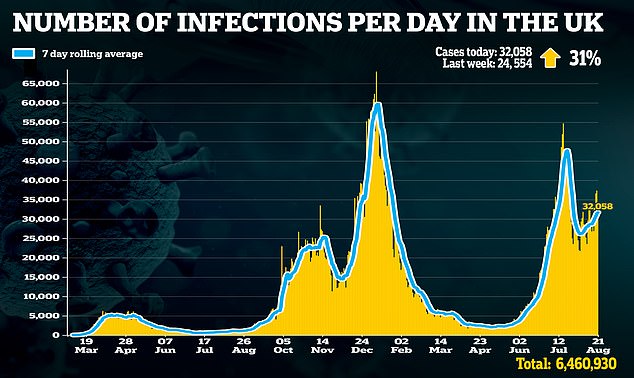 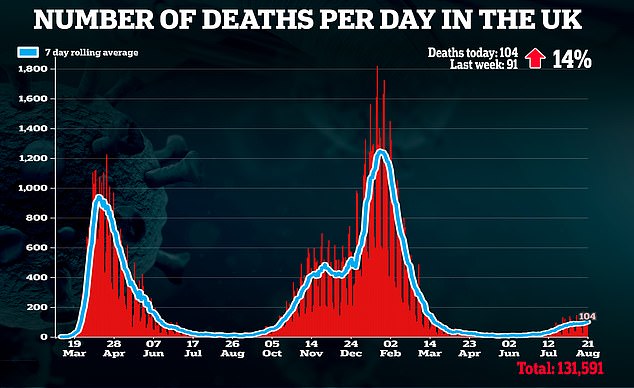 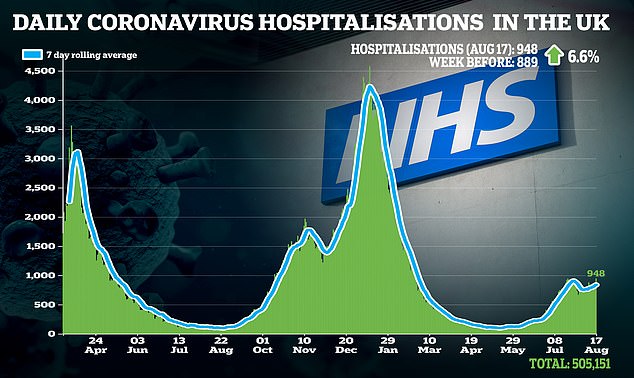 My husband, aged 60, was in hospital in March following a heart attack.

He tested positive for Covid while in isolation, waiting for a heart bypass.

The nurse who gave him the bad news was wearing his mask under his nose.

My husband recovered, but is now suffering from lung fibrosis due to long Covid – which is not ideal following a triple heart bypass.

The Covid diagnosis also delayed my husband’s op by a further five weeks, and neither I nor any other member of the family were allowed to see him.

My daughter, who is a nurse, complained to the hospital – mainly about the fact the nurse was wearing a mask incorrectly – but there was no real response.

It is clear that some hospitals have not taken the Covid precautions seriously.

I went into hospital in March for a routine procedure, but something went wrong and I was admitted. Seven days later, having been moved between wards once and tested for Covid a number of times – each time negative – I was told I was Covid positive.

The very next day I was discharged home, into the care of my 90-year-old wife. The ambulance crew who took me home didn’t know I had Covid, and weren’t best pleased when I gave them the news. Luckily, my wife did not catch it from me. Test and trace called every day to make sure we were both isolating.

You could say I’m not too happy with our caring NHS.

In May, my husband was admitted to hospital with a urine infection and a bad cough – he suffers from asbestos-related lung problems, which he got through his service in the Royal Navy.

He was put on a respiratory ward with Covid patients before being moved to a renal unit where he remained. He was due to be discharged two weeks later when his temperature spiked.

He developed pneumonia, and we were told he’d caught Covid – I only found out because I called the hospital, they didn’t contact me to tell me.

He spent two months in there, during which time I could not visit, and I could not speak to him by phone as he is deaf. Since being discharged, he has deteriorated. Earlier this month, we were told he hasn’t got long left.

My husband walked into hospital and came out a complete invalid, unable to do anything for himself. I am now his sole carer.