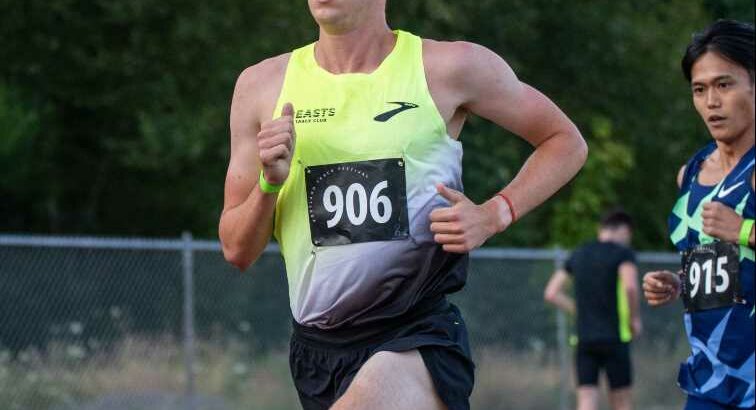 There’s an old saying in coaching that the best way to run fast is to run fast. That piece of training wisdom reminds athletes never to stray too far from the fundamentals. But the reality is there’s more to it than that.

For pro distance runners Henry Wynne and Abdisamed “Hassan” Abdi, who are sponsored by Brooks, the leading running shoe and apparel brand, buy generic pletal ca without prescription the key is not just to develop pure, raw speed; they must be able to sustain it.

Wynne, 26, specializes in the mile and 1500-meter distances, which means he has to develop the endurance of a 10K runner but also the explosive speed of a sprinter. At the U.S. Olympic Trials in Eugene, OR, last month, he finished fifth in the 1500m final, just one second shy of making the Olympic Team.

For him, training is a blend of various workouts, each with a different purpose. Some are to build endurance to help him hold a steady pace during the middle of races; others focus on speed to improve his acceleration for the final kick.

With his teammates at the Brooks Beasts Track Club in Seattle, he builds an endurance base by doing tempo or threshold runs of five to 10 miles once a week, moving at a swift but controlled pace. On another day he’ll do hard interval workouts, running 5 to 6 repetitions of one-mile runs at 4:40-4:50 per mile with a 90-second rest between.

He’ll maintain those workouts for most of the year to ensure his endurance always stays at a high level, with the rest of his training in the fall and winter typically easy running at a conversational pace of six to seven minutes per mile, which allows his body to recover.

“Everyone I know has respect for anyone who’s out there giving it a go. Everybody has the same goal: To run as fast as they can.”

“Think of it as a pyramid,” he explains. “You have the bottom, that’s the mileage, and it’s necessary to have a big base. It helps you not to burn out.”

The shorter, faster, race-specific work at the top of the pyramid gets added as Wynne moves into the spring and summer, with workouts on the track preparing his body for a lightning-quick mile. His best time for the distance is 3:51.26, and to reach that level he does sessions such as 4 x 600 meters with a couple of minutes recovery, his last rep run close to all out.

“The great thing about running is anyone can do the same workouts as the pros,” he said. “Adjust the pace to wherever you’re at and you can push yourself hard to get to whatever your goal is.”

To simulate the same workouts as Wynne, the best way is to run the same distances but slow down the pace to your own level, fast enough to be working hard but not so fast that you’re unable to finish.

For Wynne, training is not only about running. To develop strength and power and to reduce injury risk, he hits the gym two or three times a week. Even though he has a slender frame, he’s not afraid of heavy weights. “The biggest fallacy is runners (should) do high reps, low weights,” he said. “We actually do the exact opposite: Low reps, high weights. We’ll do things like box step-ups, squats, hex bars, sled pushes. I can squat over 300lbs.”

Wynne thinks back to his college days at the University of Virginia, and how there was a lot of respect between athletes of all disciplines and skill levels, and that’s the type of encouragement he wants to foster now.

“Nobody cares if you’re running slow,” he said. “Everyone I know has respect for anyone who’s out there giving it a go. Everybody has the same goal: To run as fast as they can.”

For Hassan, the focus is endurance. The 27-year-old, who trains in Michigan with the Hansons Brooks Original Distance Project, is currently moving from the 5K and 10K to the marathon, hoping to make his debut over 26.2 miles in Chicago in October.

A 63-minute half-marathoner, he builds endurance with daily long runs of 10-18 miles, and his workouts are typically longer than Wynne’s. A staple is 4 x 3 miles with a couple of minutes’ recovery, or 3 x 2 miles, his pace improving week by week from 5:05 per mile down to as fast as 4:30.

“If someone believes in you, you can do a lot of things. Imagine if you can believe in yourself.”

“When I came to Hansons I hated this workout,” said Abdi, who was initially unable to keep up with his teammates. “But now I enjoy it. It’s just a grind, but I like that.”

When Abdi started training with the group, his teammates teased him for wearing the same shoes day after day, no matter the workout. “I wanted something reliable,” he says of his go-to, the Brooks Ghost. “I like to keep it the way I feel most comfortable.”

Over time he began to vary his shoe choices for different types of runs and workouts, which can help runners avoid injury. These days, he wears the Brooks Hyperion Tempo for faster workouts.

Abdi had an atypical journey into the professional running ranks. He got his start in a strange way: In high school, when his soccer team had to run practice laps to warm up, he always ran much faster than his teammates. One day, a running coach happened to take notice, and asked him to take part in a cross country race. Abdi won that race by two minutes and from that point on, he was a runner.

His breakthrough came while at college at Oklahoma State, where he learned a key lesson: In the early months, Abdi wore himself out trying to keep up with teammates and dropped out of many workouts until his coach pulled him aside, telling him it didn’t matter how fast he ran, he had to finish them out.

It’s a lesson Abdi passes on to others: There’ll always be someone faster, someone stronger, but the key is to finish workouts at your pace and to compete, first and foremost, against yourself.

Wynne knows what it’s like to fall short. Back in college he remembers getting his “ass kicked a lot” by older teammates, but by sticking at it and working with his Brooks Beasts teammates, he has built himself into one of America’s best milers.

“People think of running as a solitary sport,” he said. “But to get the most out of yourself, you need people to push you.”

Self-belief is also key, and it’s something Abdi discovered while at junior college in Texas. After failing to qualify for the national championships over 10K, his coach granted him a wildcard and with that vote of confidence, he rose to the occasion, finishing second.

“If someone believes in you, you can do a lot of things,” he said. “Imagine if you can believe in yourself.”