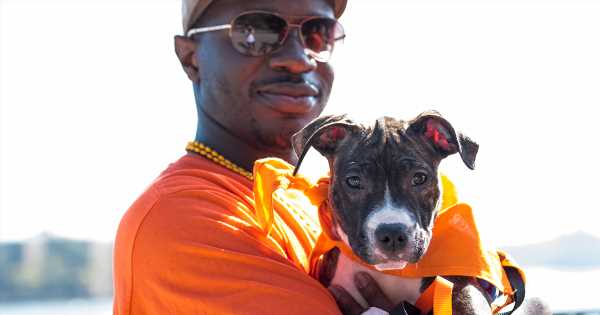 Happy National Dog Day! As we celebrate pups everywhere, we would also like to highlight the work of the advocates who are building a more humane world for dogs.

Enacting meaningful, long-term protections for dogs is just as vital as their everyday care. With this in mind, ASPCA volunteers work tirelessly alongside the ASPCA Government Relations Team to secure stronger animal welfare policies. Our volunteers engage in crucial outreach efforts, benadryl plus melatonin and much of their vital advocacy work “pawsitively” impacts dog welfare.

This year alone, our volunteer advocates aided in several efforts including:

By simply making phone calls, sending emails or writing a letter to the editor, advocates help influence legislative policies that better protect our canine friends. In the past year alone, volunteers fought to shut down the puppy mill pipeline into New York and Florida and helped pass groundbreaking legislation in New York and Nevada to prevent insurance companies from penalizing or denying coverage to families based on the breed of their dog.

But breed discrimination does not stop there—breed bans still exist across the country on the local, state and federal level. As you may know, every animal has a unique personality. Breed bans do not consider the variety of factors that can affect a dog’s disposition—such as hereditary traits, traumatic experiences and socialization. That’s why ASPCA animal advocates in Missouri are working to end 50 local pit bull breed bans across the state and prevent future bans from being enacted.

In addition to leading the fight against breed discrimination, ASPCA volunteers are advocating for the HEART Act—a federal bill that could expedite the legal process for dogs rescued from dogfighting and allow them to be rehabilitated and adopted sooner. What’s more, over 110,000 advocates are petitioning President Biden to hold the USDA accountable by requiring the agency to enforce the Animal Welfare Act and better protect dogs kept in cruel breeding facilities.

It’s clear that the policy successes we have achieved would not be possible without the efforts of our dedicated volunteers. We appreciate each and every one of you.

Want to help us pass animal-friendly legislation and mobilize other animal advocates in your area? You can make a difference for animals in your community by joining one of our advocacy volunteer programs!