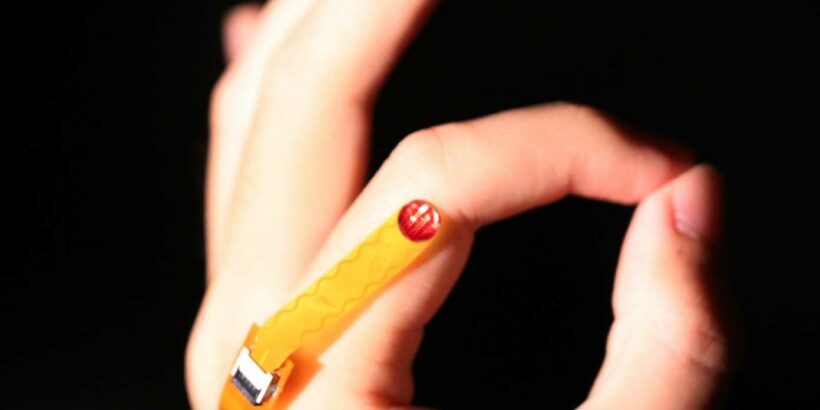 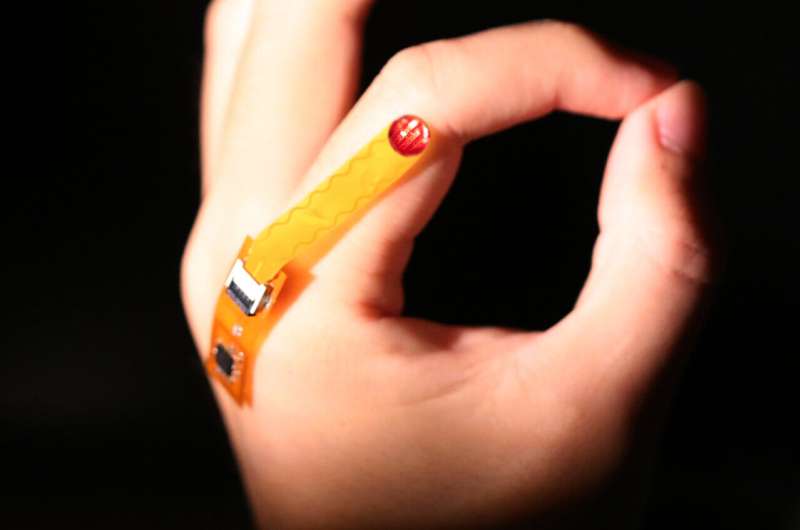 A team of researchers affiliated with a large number of institutions in Singapore has developed a gel-based sensor that can be used to detect infections in open wounds. In their paper published in the journal Science Advances, the group describes their sensor and how well it worked when tested.

Currently, infections at surgical sites are the most common type of infections in people admitted to a hospital, and the standard way of detecting them is by visual inspection or through study of lab cultures. The former is only possible after the infection is well underway and the latter takes processing time. In this new effort, the researchers have developed a sensor that can be placed directly on a wound and that gives a reasonably speedy response.

The sensor developed by the team is a DNA hydrogel—one that is degraded by a DNase enzyme secreted by certain types of bacteria. Electronics embedded in the hydrogel measure the degree of degradation of the hydrogel and send an alarm to a smartphone if it is within certain parameters that would indicate an infection. The researchers call it “wireless infection detection on wounds” (WINDOW).

Creation of WINDOW required the team to craft a DNA-based hydrogel that remained stable under humid conditions such as that found on the skin. Initial testing involved applying the sensor to swabs collected from infected and control patients both with foot wounds related to diabetes. They found that their WINDOW device was able to tell the difference in a majority of cases. They next tested their sensor by placing it on open wounds in test mice and found it capable of detecting infections in the wounds within 24 hours of sensor placement—even before there were any visible signs of an infection. 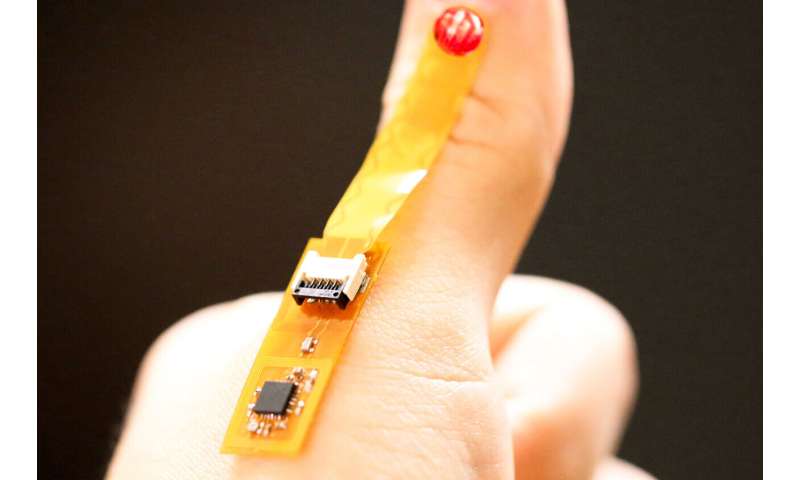