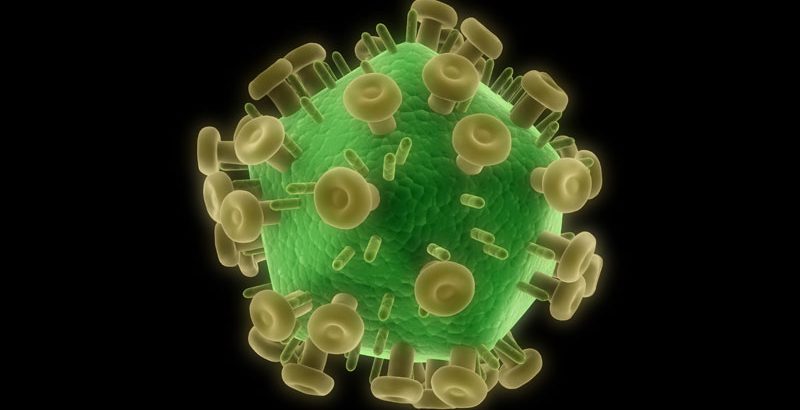 An experimental monoclonal antibody drug effectively prevented 75% of infections from HIV-1 isolates sensitive to that antibody in phase 2b trials of more than 4500 people across three continents, according to a study published March 18 in the New England Journal of Medicine.

Although the drug, VRC01, reduced the incidence of HIV-1 cases from VRC01-sensitive isolates, it did not significantly reduce overall HIV-1 infection, compared with placebo.

But if researchers can develop a cocktail containing a combination of broadly neutralizing antibodies that act on the majority of circulating HIV-1 isolates, interlase lasix infusions of that cocktail could, in theory, be an effective prophylaxis, lead author Larry Corey, MD, told Medscape Medical News. Corey is a professor at the Fred Hutchinson Cancer Research Center at the University of Washington in Seattle, and president and director emeritus of Fred Hutch.

“What was needed was to see if a monoclonal antibody could actually work, and could we define a benchmark or a biomarker that would predict success in the future,” Corey said. “We set it up as a test of concept both because we recognize that there are a lot of monoclonal antibodies that are being developed, and new ones are always being developed.”

They chose to use VRC01 not because it was most potent among antibody options or headed for product development but because it was good enough to test and others were not ready for clinical testing.

It’s unusual to characterize a trial with such a large population as a proof-of-concept trial, Edmund V. Capparelli, PharmD, professor of clinical pediatrics and pharmacy at the University of California, San Diego, told Medscape Medical News, but it’s an appropriate characterization.

“This is the very first of the bnAbs [broadly neutralizing antibodies] against HIV that’s gotten into your more classical late-stage clinical trials,” said Capparelli, who was not involved with the trial. Given the development since VRC01 of more potent and longer-lasting antibodies, “this does serve as a potential model for how one can treat certain situations, in this case prophylaxis for adults,” he said. “That’s the most exciting part.” Capparelli, director of Pharmacometrics Core at UCSD, is involved in studies currently testing VRC01’s efficacy in preventing HIV transmission from mothers to newborns or breastfeeding infants.

Prevents Only the Most Sensitive Virus Isolates

The study included two parallel phase 2b randomized controlled trials: one that began in April 2016 with 1924 at-risk women in sub-Saharan Africa; and another that began in May 2016 with 2699 cisgender men and transgender people who have sex with cisgender men or transgender people in Europe, North America, and South America. The African trial included 11 sites in South Africa and nine sites across six other sub-Saharan countries. The other trial’s sites included 19 in the United States, five in Peru, and one each in Brazil and Switzerland.

Every 8 weeks for 20 months, participants received one of three treatments: an infusion of bnAb at 10 mg/kg (low-dose), an infusion at 30 mg/kg (high-dose), or a placebo infusion. They underwent HIV tests every 4 weeks and received 10 total infusions over the course of the study. At each visit, participants received counseling about pre-exposure prophylaxis (PrEP) and were given free access to oral tenofovir–emtricitabine PrEP.

In the Americas/Europe trial, 28 participants in the high-dose group, 32 in the low-dose group, and 38 in the placebo group contracted HIV-1, for an incidence of 2.35 cases per 100 person-years in the combined intervention groups and 2.98 per 100 person-years in the placebo group. Estimated efficacy, which did not reach statistical significance, was 26.6% (P = .15).

But some of the prespecified secondary analyses did reach statistical significance. In these, the researchers pooled data from across all the trials to calculate infection incidence only with isolates sensitive to VRC01. For those isolates, 0.2 cases per 100 person-years occurred in those who received VRC01 and 0.86 cases per 100 person-year occurred in those two received the placebo, yielding a statistically significant prevention efficacy of 75.4% (95% CI, 45.5 – 88.9). Efficacy did not significantly differ between the low-dose and high-dose VRC01 groups against VRC01-sensitive isolates.

This remarkably low uptake, especially in Africa, was another surprise to Capparelli, but it also suggested a substantial impact for a monoclonal antibody-based infusion prophylactic if the right product can be developed. “The idea of being able to use these [broadly neutralizing antibodies] in women in sub-Saharan Africa would be fantastic,” Capparelli said.

Loss to follow-up was 9.4% per year in the Americas/Europe trial and 6.3% per year in the sub-Saharan Africa trial, with little difference in attrition across treatment groups in either trial. Both trials had greater than 94% adherence to HIV testing. Overall, 79% of American/European participants and 76% of sub-Saharan African participants received all 10 infusions.

The researchers considered three levels of strain susceptibility in their secondary analyses: isolates that required a potency of less than 1 μg/mL to neutralize 80% of the isolate (80% inhibitory concentration [IC80]); those with an IC80 of 1 to 3 μg/mL; and those with an IC80 greater than 3 μg/mL. What surprised the researchers, Corey said, was how susceptible the virus isolates needed to be to achieve prevention with the antibody.

“Our trials were designed with the idea that strains with an IC80 of less than 10 μg/mL would be effectively inhibited by VRC01, an in vitro cutoff value that was met for 65% to 81% of strains in contemporaneous subtype B and C panels,” the researchers write in the study.

“It turns out we were off by tenfold,” Corey told Medscape Medical News. VRC01 only prevented infection by isolates with an IC80 of 1 μg/mL or less, which included only 30% of circulating viruses at trial sites. VRC01 appeared to have no efficacy against isolates with an IC80 values of approximately 5 μg/mL or higher. “We saw this very sharp drop-off; it’s either sensitive or not sensitive,” Corey said.

The low sensitivity of circulating isolates also surprised Capparelli, but he added that the study does suggest a dose-response between the low-dose and high-dose groups that was masked by the need to combine them for the prespecified analysis.

The high susceptibility needed in circulating isolates was likely the reason for no overall prevention efficacy in the trial, the authors write. But that threshold of susceptibility held true across all the populations at all sites as well, which Corey said they were thrilled to see.

“It really says the innate resistance to the virus was almost the sole determinant of effectiveness,” he said, and they now had a biomarker to predict efficacy. “If the isolate was less than 1 μg/mL, great, it worked. If it was greater than 1 μg/mL, not great, it didn’t work at all,” he said.

Although they don’t have a product yet — and didn’t expect one — the study provides evidence that a monoclonal antibody can work and what level it needs to work at, Corey said. “If you put two monoclonals, three monoclonals together, and they get 90% to 95% coverage at less than 1 μg/mL, then you should have a very effective combination and it really should work,” he said. “We’re incredibly delighted with that.”

Research on an HIV vaccine remains very active, said Corey, who is also the primary investigator of the HIV Vaccine Trials Network, and the findings from this study may provide insights regarding vaccine targets.

“Our ability to induce neutralizing antibodies has just started, and this will go quicker,” he said. “It doesn’t preclude a vaccine. We are just moving forward with passive administration as a form of prophylaxis.”

Corey and Capparelli had no disclosures.