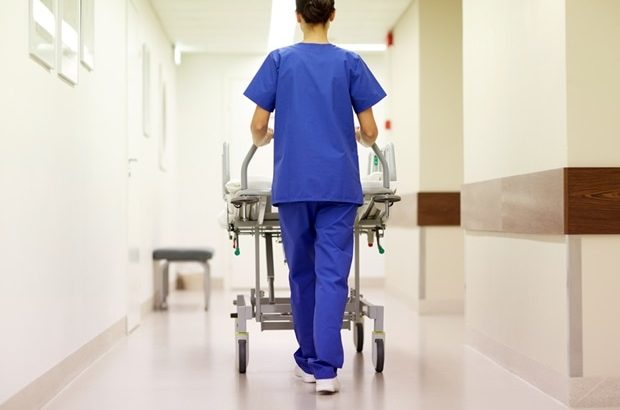 Danjuma Adda, a Nigerian public health expert, west allis wi government became the president-elect of the World Hepatitis Alliance (WHA) in November last year. He is the first African to hold the position.

Having been infected and lost his mother to hepatitis B, Adda's personal experience has fueled his passion and drive for a paradigm shift in fighting the liver disease, which the WHO estimates affects 60 million Africans.

In an interview with SciDev.Net, he outlined his plans to increase evidence-based research to improve treatments for patients with hepatitis, and investment commitments by African governments that will drive efforts to eliminate viral hepatitis.

What does it mean to you to be elected president of the WHA?

Becoming the president of the WHA is a dream come true for me, having attempted this same position seven years ago but was not successful. Although it comes with great responsibilities, I am hopeful that with the support of the WHA team, we will succeed in accelerating elimination of viral hepatitis by 2030.

How serious is the burden of viral hepatitis among the world's low- and lower middle-income countries?

Viral hepatitis disproportionately affects marginalised and low-income populations in the world. Similarly, chronic viral hepatitis is a major global public health problem but the population most affected is based in the least developed countries.

These countries account for 80 per cent of the world's population and face numerous obstacles in containing the epidemic such as high diagnostic and treatment costs, stigma and discrimination from the public and healthcare workers.

The most endemic regions have limited resources, with a low human development index and, often, a population living on less than US$2 a day. Africa alone accounts for over 60 million people living with hepatitis B and hepatitis C, resulting in over 200,000 deaths a year.

In highly endemic regions, including Africa, the Amazon Basin, and Central and Southeast Asia, the prevalence of hepatitis is estimated to be up to eight per cent, reaching 10-15 per cent in some countries. In developing regions, hepatitis B and C infections mostly occur early in life, with high risk of developing chronic liver disease.

What are some of the socioeconomic implications of hepatitis?

Viral hepatitis has a major impact on overall health and quality of life. People living with
hepatitis B and hepatitis C suffer worse health and wellbeing, experience considerable social stigma and have lower self-esteem.

Viral hepatitis often affects people in the prime of their working lives and reduces social and workforce participation and personal financial security, with major implications for national economies.

What pressing issues in tackling hepatitis do you plan to prioritize?

Africa is lagging behind other regions of the world in terms of financial and political commitments from governments and private sector participation towards elimination of viral hepatitis.

Many Africa governments have not prioritised elimination of viral hepatitis, and thus very little investment by those governments goes towards attaining the elimination goals. The lack of commitment from governments also affects private sector investment.

Private sector partners would like to see government commitment before investing their finances. But most governments would wait for donor funding to finance the delivery of healthcare services to their people.

Some significant barriers need to be addressed before the goal of eliminating viral hepatitis can be realised. The barriers include the lack of action from the majority of countries and the international community as a whole to eliminate viral hepatitis epidemics.

Few countries such as Cameroon, Egypt, Ghana, Mauritius, Nigeria, Senegal and Uganda have national viral hepatitis strategies or plans, and even fewer have designated units and budgets within their health ministries to lead, guide and coordinate their hepatitis responses.

Key issues to address include low levels of awareness among populations and policymakers, poor domestic financing by governments in most low- and middle-income countries that limits the attainment of hepatitis elimination targets and poor political will towards improving healthcare services among poor populations.

What kind of legacy do you plan to leave for the continent at the end of your term?

I expect to see a significant increase in commitment by African governments that will accelerate the elimination goals of viral hepatitis in the region, evidence-based research to improve treatment outcomes among African patients.

Also, I would like to see an empowered patient community that is ready to push and engage governments and relevant partners towards elimination of viral hepatitis and improved access to hepatitis B and C diagnostics and treatments for patients.

How do you plan to boost treatments for hepatitis B in Africa?

Working with the WHA global team, member states across the region and other local and global partners, we will prioritise raising the profile of viral elimination and build political commitment through global, regional, national and local forums that engage affected communities, healthcare professionals and the general public.

We will also prioritise an investment case for elimination that provides achievable country-specific targets and strategic actions to optimise resource allocation and embed these within universal health coverage activities.

Informed by the investment case, we will mobilise domestic, private and international resources to support countries to implement elimination programmes. Moreover, we will increase access to low-cost diagnostics and treatment through advocacy, international support, private partnerships and community mobilisation.

There is a need to get our governments to commit more towards domestic financing to encourage pharmaceutical industries to invest in local production of drugs as showcased in Rwanda and Egypt.

Governments in Africa need to provide health insurance to prevent out-of-pocket cost of healthcare for patients. We would strengthen advocacy to get pharmaceutical companies to invest in Africa and reduce costs of drugs for patients.