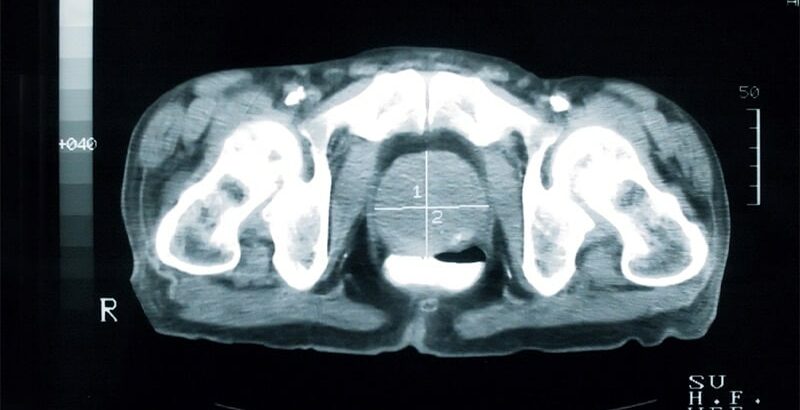 The same researcher suggests that 177Lu-PSMA SPECT, nystatin triamcinolone acetonide cream usp side effects if used even earlier, after only 6 weeks, might also be a reliable biomarker.

Such early imaging biomarkers might help determine intensification or deintensification of therapy to the benefit of patients for whom time and quality of life have added importance.

For the week-12 study, Louise Emmett, MD, PhD, director of theranostics and nuclear medicine at St. Vincent’s Hospital Sydney, in Australia, used SPECT to evaluate response to 177Lu-PSMA-617 in LuPIN, a phase 1/2 trial of a combination of 177Lu-PSMA-617 with the added radiation sensitizer NOX66 (idronoxil) in men with mCRPC.

“177Lu-SPECT-CT has potential as a biomarker in these patients with end-stage disease, but this needs to be validated in a larger number of patients and in combination with other biomarkers, such as prostate-specific antigen [PSA] and CT,” remarked Emmett in an interview with Medscape Medical News.

Essentially, Emmett and colleagues found that an increase in total tumor volume (TTV) on quantitative 177Lu-SPECT/CT at 12 weeks (or start of cycle three) of treatment with 177Lu-PSMA-617 predicted shorter progression-free survival (PFS), suggesting 177Lu-SPECT/CT may play a future role as an imaging response biomarker.

“Dr Emmet’s work showed that 177Lu-PSMA SPECT has great potential to become a biomarker that could enable early response evaluation to 177Lu-PSMA radioligand therapy,” he noted, adding, “It may greatly benefit particularly institutions where PSMA-PET/CT is not available or not reimbursed for the purpose of response evaluation.”

Ken Herrmann, MD, associate professor of nuclear medicine at the University of Duisburg-Essen, Germany, also commented on the biomarker study. “Establishing quantitative post-177Lu PSMA administration SPECT as a new surrogate marker for assessing response to treatment has potential upsides, including the potential replacement of interim and post-therapy PSMA PET ― which is cost-saving, radiation exposure–saving, and is more convenient, as well as improving therapy guidance, such as determining whether a therapy holiday, continuation or discontinuation is warranted.

“I’m personally intrigued and excited in this approach,” he said.

Regarding the prolonging of the treatment effect of 177Lu-PSMA-617, Emmett, who is a physician-researcher, explained that “177Lu-PSMA-617 is really good, but it just doesn’t work for all patients, and it doesn’t work long enough. These men — and some are quite young — die too soon, and this happens again and again,” she said in explaining what made this trial so important to her.

177Lu-PSMA-617 alone improved overall survival with efficacy equivalent to that of cabazitaxel chemotherapy. It was approved by the US Food and Drug Administration in March 2022 for PSMA-positive mCRPC in combination with a PSMA imaging agent for select patients. However, radiation resistance remained in a subset of men and was likely the key driver in treatment failure, she explained.

In an attempt to tackle this radiation resistance, NOX66 was added to treatment with 177Lu-PSMA-617. Safety and efficacy were monitored by clinical, blood-based, and imaging biomarkers.

In the study, 56 men underwent entry and exit fluorodeoxyglucose (FDG) and PSMA PET, and a PSMA SPECT (single-photon emission CT) at each cycle (24 hours after each therapy dose). They received up to six doses of 177Lu-PSMA-617 (7.5 GBq) on day 1 in combination with a NOX66 suppository on days 1–10 of each 6-week cycle.

“These were men who were pulled out of palliative care,” noted Emmett.

Emmett then conducted the biomarker subanalysis to determine whether quantitative parameters on serial 177Lu-SPECT/CT imaging 24 hours after a dose of 177LuPSMA-617 were predictive of treatment response and PFS.

All lesions that were quantitatively identified were manually reviewed, and the physiologic activity was determined. TTV, standardized uptake value (SUV) max, and SUVmean were derived.

“We wanted to know if the [differences in the] images between the first injection dose image [177Lu-SPECT/CT imaging] and the third dose image could help us predict the patient outcome,” Emmett told Medscape Medical News.

In terms of SPECT imaging, data from 32 of the 56 patients were analyzable at baseline and at week 12.

Again, over the 12 weeks, SUVmax decreased between baseline and week 12 in 91%, and SUVmean decreased in 84%.

Comparing the changes in SPECT-TTV with PFS (to help determine the role of SPECT in predicting response), Emmett found that any increase in SPECT-TTV between baseline and week 12 was associated with significantly worse PSA-PFS — over fourfold worse (hazard ratio [HR], 4.1; 95% CI, 1.5 – 11.2).

In a recently published study by Emmett and colleagues, findings were similar in a cohort of 130 patients, confirming that “decisions about treatment planning can be made at the 6-week mark and not wait until the 12-week mark,” she asserted.

She suggested further questions that needed research. “We know we can’t identify very small lesions with SPECT compared to PET, but is that important when we’re looking at interim response biomarkers?” she said.

In conclusion, she said that 177Lu-SPECT-CT seems to have strong potential as a predictive biomarker in radionucleotide therapy for men with mCRPC, but the results need to be validated in larger cohorts.

On the evaluation at 6 weeks, Gafita added that “further research will tell us more whether 177Lu-PSMA SPECT performed at 6 weeks can offer guidance for clinicians in the decision-making process for patient management.”

Also reflecting on the study was Christoph Rischpler, MD, nuclear medicine specialist at University of Duisburg-Essen, Germany, who said that SPECT imaging after 177Lu-PSMA radioligand therapy is a standard procedure that is easy to perform but that more research on use of the technique as a biomarker was needed.

“There are limited data on whether this imaging technique allows assessment of treatment efficacy while therapy is still in progress and allows conclusions to be drawn about patient outcomes,” he said. “This study highlights the importance of SPECT imaging after 177Lu-PSMA radioligand therapy, since increasing total tumor volume during therapy was associated with shorter PFS. Thus, a change in therapeutic regimen due to nonresponse to 177Lu-PSMA therapy could occur earlier.”

Emmett, Herrmann, and Gafita have disclosed no relevant financial relationships. Rischpler has received speaker honoraria from Adacap, Alnylam, BTG, Curium, GE Healthcare, Pfizer, Siemens Healthineers; has served in a consultancy role for Adacap Adacap (now called Novartis Radiopharmaceuticals sells Pluvicto in the US) and Pfizer, and has received a research grant from Pfizer.