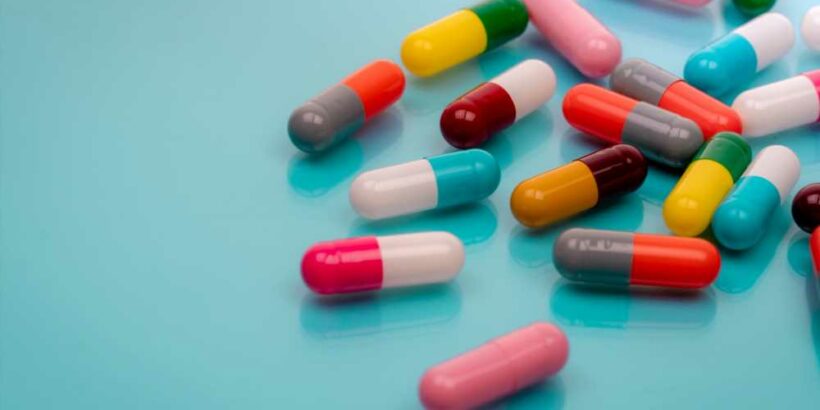 Antibiotic resistance is one of the greatest threats to global human health and to development. Antibiotics are defined as medicines that prevent and treat bacterial infections. When these medicines become ineffective due to the selection of bacterial traits that inhibit their action because of changes in the bacterial genetic makeup, it is called antibiotic resistance.

Antibiotic resistance is thus a characteristic of bacterial strains rather than human or animal subjects. When antibiotic-resistant bacteria cause infections, they are more difficult to treat, require prolonged treatment periods, and may lead to more severe or complicated illnesses because of these factors.

Moreover, such infections increase hospitalization rates and costs, increasing the financial burden. For this reason, antibiotic resistance needs to be curbed rapidly and thoroughly.

Unfortunately, the opposite is occurring at present. Antibiotic resistance is rising worldwide, nissi beach cipro recensioni crossing dangerous lines and showing new resistance mechanisms. As a result, the antibiotic revolution may be running out of steam. Many common and easily treatable bacterial illnesses, such as pneumonia, tuberculosis, septicemia, and foodborne illness, are becoming much harder to treat.

Notably, some have become impossible to treat with the drugs already on hand. This is the case with extended multi-drug-resistant tuberculosis.

This trend is worsening in many countries where antibiotics can be bought without a prescription, or where standard protocols have not evolved to manage infectious diseases. This has led to the overuse of antibiotics by both the public and healthcare workers.

Increasing awareness among both sections of society is necessary to reverse this trend. Healthcare professionals must consciously curb their empirical use of antibiotics, only using them when indicated by clinical circumstances and supported by a prior culture and drug susceptibility test in most cases. Patients must leave antibiotic use to the healthcare provider’s judgment and follow use guidelines meticulously.

Understanding the differences in public knowledge, attitudes, and behavior in antibiotic use is crucial to framing effective European Union (EU) policies on antibiotic use. The EU Commission set up a series of surveys for this purpose, conducted by the Directorate-General for Health and Consumers, from 2009 onwards.

The current survey is the fourth, and covered areas such as antibiotic use over the past year among the public, with the reasons and mode of obtaining the drugs; antibiotic use and risk awareness; current information and desire to know more; antibiotic use in animals; and COVID-19-related antibiotic use.

Within the EU, the recent Eurobarometer report shows that antibiotic use in 2021 was the lowest in 12 years, with the last survey showing antibiotic use in 32% in 2018. The steep drop is suggested to be due to the coronavirus disease 2019 (COVID-19) pandemic, which led to a sharp fall in respiratory and other infections due to the enforced social isolation.

Oral antibiotics were used by less than one in four Europeans during the year. However, this reduction did not follow a uniform pattern. For instance, Malta saw antibiotic use among 42% of its population, compared to only 15% in Germany and Sweden. Italy, Ireland, Portugal, and Cyprus showed the greatest decreases, while use went up by 2% in Luxembourg.

Disturbingly, almost one in 11 cases of antibiotic use was without a prescription, slightly more among those without an adequate, stable income. Even more, a large fraction of the population uses antibiotics when they were not medically indicated, such as for viral infections where antibiotics are useless.

Similarly, a culture and drug susceptibility test for pneumonia and bronchitis are typically required to select the right antibiotic, thus avoiding the overgrowth of resistant strains with ineffective empirical treatment.

About 12% of the respondents reported taking empirical antibiotics for bronchitis. And over half of them (53%) said they did not do such a test before initiating the antibiotic course.

Almost 30% of the respondents said they took antibiotics for a cold, flu, or coronavirus disease 2019 (COVID-19). This fraction was split between the three at 11%, 12%, and 9%, respectively.  Surprisingly, only six in ten respondents knew antibiotics were of no use in treating a cold.

The most common scenarios where antibiotics were used included urinary tract infection, at 15%; sore throat and bronchitis, at 13% and 12%, respectively; cold, fever, flu, and COVID-19, between 9% and 11%.

Of the four questions related to antibiotic knowledge, only 28% answered all of them correctly. In fact, only half the respondents in the survey on which the paper was based knew that antibiotics are inactive against viruses – though this also reflects an increase from the earlier proportion of 43% in 2018. Notably, over 80% knew that unnecessary antibiotic use reduces the efficacy of these drugs, and 85% knew that they were supposed to complete a prescribed course of antibiotics. Over two-thirds knew that antibiotic use is associated with adverse effects, including diarrhea.

Finland and Romania were at the upper and lower ends of the spectrum of antibiotic-related knowledge. About a quarter of the respondents remembered being informed about the evils of unnecessary antibiotic usage, down from 2018 by 10%. While most respondents from Finland reported getting such information, only 10% of Danish respondents did so.

About 45% got such information from a doctor, while a quarter cited public media. Interestingly, one in three said such information changed their perspective on antibiotic use, up by 5% from 2018. Over a third of this group said they used stronger measures to prevent infection and therefore required fewer courses of antibiotics, compared to 27% of those whose views were not changed. Two-thirds of the former segment also said they would ask a doctor if they felt they needed antibiotics.

Over 80% would like to get more information, mostly from their doctors, as a source of trustworthy information.

How to tackle antibiotic resistance is a contentious question in the public mind. About a third say global action is required, in contrast to the 8-11% who favor EU- or regional-level action. A fifth think each nation, or conversely each family or individual, should act independently.

Only 42% knew that antibiotic use to boost animal growth is illegal in the EU, despite the importance of this measure. But almost two-thirds think antibiotics should be used to treat sick animals when indicated.

The importance of improving public knowledge about antibiotics and resistance is clear. Such efforts will be crucial in reducing antibiotic resistance and should target those with poor or inadequate awareness to be most effective.