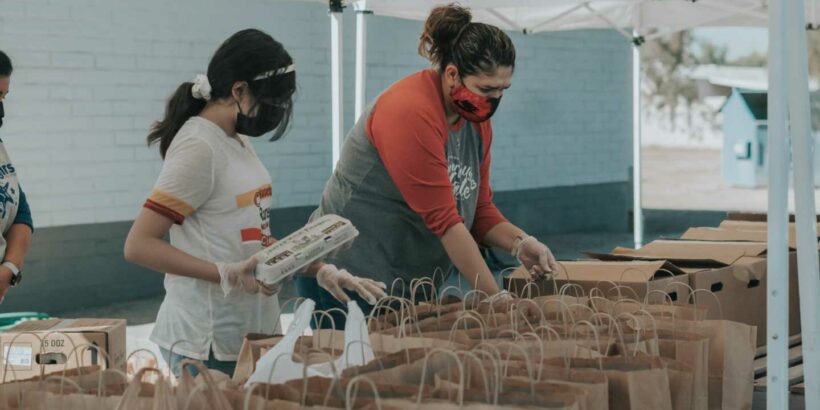 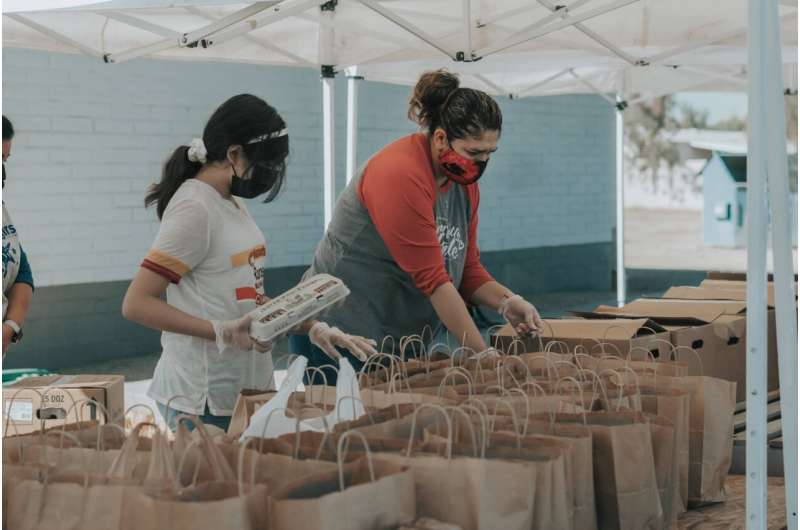 The University of Chicago Medicine’s no-questions-asked, self-serve Feed1st pantry program more than doubled its distribution rates between March 2020 and November 2021 compared with the same period in 2018-2019, providing more than 42,000 pounds of food (a 124% increase) to patients, hospital visitors and staff during the pandemic. These results were published in the American Journal of Public Health on August 25, and according to the research team, what is a lyrical poem example demonstrate the importance of open access food pantry programs.

“We compared our impact to the impact of another urban hospital, serving a similar population, with food pantries that had barriers to access, such as requiring an ID or a provider referral and waiting for a pantry staff member to bring them food,” said Cristianne Frazier, Ph.D., who manages the Feed1st program. “We saw a substantial increase in our distribution rates during the pandemic, while the questions-asked hospital program actually saw a decrease—they served fewer people and distributed less food during the pandemic compared to before it.”

“The ‘feed first’ model maximizes dignity and facilitates use by requiring no permission and no documentation to access, which we believe increases the likelihood that individuals who need food will help themselves to this resource,” she continued.

“Our hypothesis is that widespread implementation of open access food pantries, especially in communities that have been socioeconomically marginalized, would have a bigger positive impact on public health than the traditional models,” said Frazier. “Feed1st has been running for more than 10 years thanks to the hospital’s community benefit program, partnerships and generous donors, but others trying to start up similar pantries around Chicago have run into barriers with obtaining food due to these policies.”

The research team argues that questions-asked pantry models create structural barriers that prevent many in need from accessing food pantry resources, and the questions asked by many food pantries only serve to highlight the issue. “On one intake form required by Illinois Department of Human Services, you have to attest that your income is below a certain value and acknowledge that there may be legal consequences for you if you misuse the food,” said Frazier. “Food insecurity is a dynamic state, and people may be reluctant to identify as being in need, let alone sign such a document.”

By removing as many barriers as possible, the Feed1st program hopes to reduce stigma and increase accessibility. In fact, during the pandemic, Feed1st program saw such an increase in use that the group opened several new pantries around the hospital, including a first-of-its-kind pantry located within a hospital cafeteria. Remarkably, the researchers reported that despite the pantry’s proximity to a food retail location, the cafeteria saw no negative impact on sales.

“A cafeteria is arguably the least stigmatizing and most obvious place to find food if you need it,” said Frazier. “We’ve been operating in the cafeteria for over two years. The fact that the retailer saw no decrease in sales suggests that this model could scale to other food retail sites, outside of our hospital, providing further support for our community.”

Beyond the value of simply feeding those who are hungry, addressing food insecurity can also lead to improvements in health. “Among children, food insecurity is associated with developmental delays, hospitalization and emergency department use. Among adults, it’s linked to things like depression, anxiety, diabetes and hypertension,” said Frazier. “Food insecurity affects health, which can in turn affect healthcare costs.”

The research team says their next goal is to find a way to measure the impact of the program, beyond just the amount of food distributed and voluntary sign-ins from pantry patrons. Without the ability to expand the model within the community, where it could be used to assess the effects on food insecurity at a population level, the research team is facing the challenge of studying individual impacts without compromising the model, which does not require demographic or other information from patrons.

As the Feed1st team works on expanding their reach, with other hospitals replicating their approach, the researchers are eager for more data that can help shift policies to support the open access model and allow for expanded partnerships with the food depositories that distribute food to the pantries.

“It’s not surprising to me that when you stop asking people questions and just let them help themselves, you’re going to distribute more food,” said Frazier.