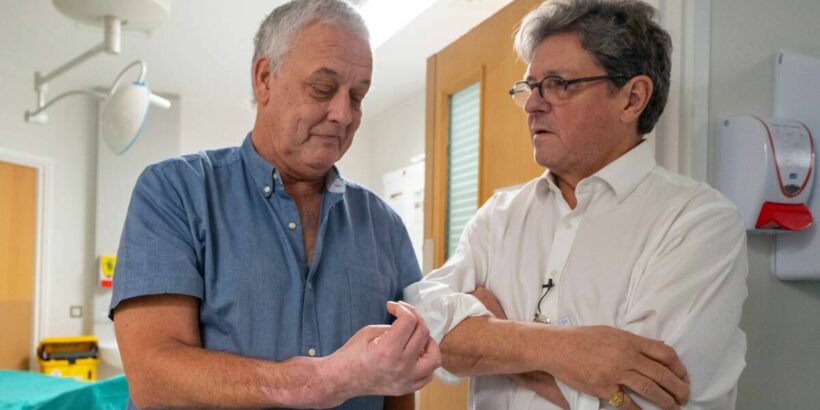 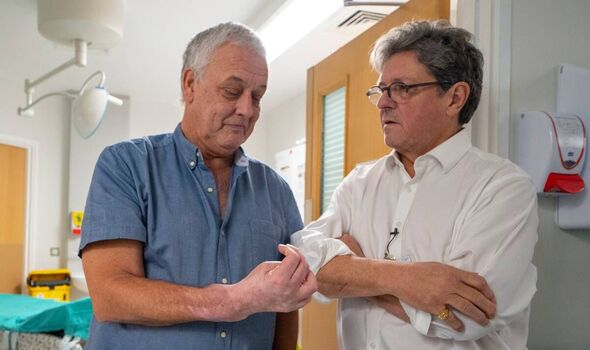 Mark Cahill, 61, had the operation 10 years ago after suffering severe gout. It was performed by Prof Simon Kay, at Leeds General Infirmary, using a revolutionary technique. Former pub landlord Mark, from Greetland, West Yorks, says he understands how hard it is for families faced with being asked for a donation so soon after a tragic event.

He said: “That must be a terrible decision for them to make. You can see the hand whereas you can’t see the other organs. I’m so chuffed with the families who have agreed to it. It’s a sorrowful thing but they’ve given me that new hand for 10 years.”

Six years after the surgery, Mark used his appendage to perform CPR on his wife Sylvia, keeping her alive for 10 minutes after a cardiac arrest before paramedics arrived.

He said: “So, is lyrica a steroid it saved somebody else’s life as well. It’s been fantastic.”

Corinne Hutton, from Glasgow, had a double hand transplant, also performed by the team at Leeds, nearly four years ago.

She said: “Being able to touch my son’s hair, touch his skin, feel the warmth, things like that. It blows your mind. You take this for granted so easily.”

Corrine, who lost her hands and legs through sepsis in 2013, said Mark helped her make the decision to go ahead with the procedure, telling her she “can’t live in cotton wool”.

She has met her donor’s family. She said: “They can see her and feel her and touch her with my hands.”

She wants someone’s decision to donate organs in the event of death to be legally binding.