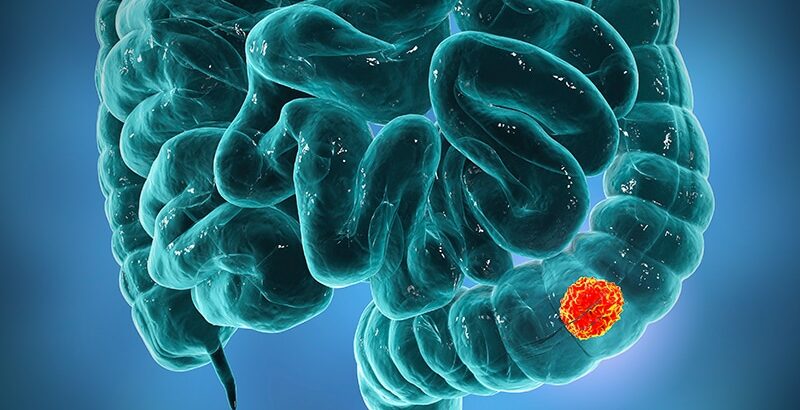 Despite significant improvements in overall survival for patients with metastatic colorectal cancer (mCRC) over the past few decades, the advances have been incremental, mavericks of medicine with few large gains, according to a new systematic review.

Researchers created two databases to compare statistical results from phase 3 trials of systemic mCRC therapies published between 1986 and 2016 with clinical outcomes of patients with mCRC in the Surveillance, Epidemiology, and End Results (SEER) registry.

The trial data indicated that overall survival increased by 5.7 months every 10 years, whereas the SEER registry analysis, reflecting real-world practice, suggested that median overall survival rose from 12 months in 1986-1996 to 21 months in 2007-2015.

“Although these advances are commendable, important lessons regarding trial design must be kept in mind to ensure clinically meaningful outcomes with an eventual goal of improvement in long-term overall survival of mCRC in the precision oncology era,” the authors write.

The research was published by JAMA Network Open.

“The findings highlight the challenges and difficulty of oncology drug development, even for common cancers such as colorectal cancer,” senior author Arvind Dasari, MD, MS, associate professor in the department of gastrointestinal medical oncology at The University of Texas MD Anderson Cancer Center in Houston, told Medscape Medical News. “However, that does not mean that we cannot strive to do better.”

Dasari said that frameworks defining clinically meaningful outcomes are “useful benchmarks when designing clinical trials,” and that trial participation should be made easier by “liberalizing the eligibility criteria.”

The authors also call for future trials to focus on larger gains with novel agents and against novel targets.

Dasari explained that targeted agents have been approved for mCRC, but without the simultaneous discovery of predictive biomarkers.

“However, with improved understanding of the underlying biology of colorectal cancer and thoughtful translational research, drug development is now focused on subgroups of patients defined by biomarkers,” which is “yielding exciting results,” he said.

The analysis covers the cytotoxic and targeted therapy eras (1986-2016). The authors write that there have been significant improvements in treatment for mCRC from the time when “fluorouracil was the only active systemic therapy.”

However, these advances have “almost exclusively” been via randomized phase 3 trials, which have a key limitation of addressing a “single hypothesis in the midst of constantly evolving management paradigms that concomitantly contribute to improvements in survival.”

To “critically examine” factors linked to clinically relevant improvements in overall survival, defined as 2 months or longer, the researchers searched the Medline, EMBASE, Cochrane, Web of Science, ClinicalTrials.gov, EU Clinical Trials Register, and the International Clinical Trials Registry Platform databases. They looked for phase 3 trials of systemic therapies for mCRC, stratifying them by decade and excluding early or pilot studies, those not involving an anticancer drug or pharmaceutical, and pooled analyses, among others.

To determine the association between drug development and changes in overall survival outside of the clinical trial setting, the researchers also examined data from the SEER registry.

They included adults with a primary adenocarcinoma, mucinous adenocarcinoma, or signet ring cell carcinoma in the colon or rectum, and who had chemotherapy as a first-line therapy.

The researchers identified 150 phase 3 clinical trials that met the inclusion criteria; 77,494 individuals were included. They gathered data on 67,126 patients with mCRC from the SEER database.

The proportion of trials investigating an agent against a novel CRC target decreased from 38.9% to 21.2% over the study period, while there was an increase in trials examining drugs already approved, from 27.8% to 50.0%.

The primary endpoint was met by 46.6% of trials, but only 26.5% of trials registered an improvement in overall survival of 2 months or longer.

Multivariate analysis revealed that second-line therapies were significantly associated with improvements in overall survival, at an odds ratio of 1.31.

In contrast, third-line therapies and beyond were significantly less likely to associated with improvements in overall survival than other trial designs, at an odds ratio of 0.57.

Trials funded by pharmaceutical companies were also significantly less likely to be associated with overall survival improvements vs those funded via other means, also at an odds ratio of 0.57.

Results of Advances in Past 30 Years Are a ‘Mixed Bag’

Suneel Kamath, MD, assistant professor of medicine at the Cleveland Clinic Lerner College of Medicine, Cleveland, Ohio, who was not involved in the study, commented that the results are a “mixed bag.”

He told Medscape Medical News that it is a “good sign that there was progress,” but that the overall improvement in survival was “underwhelming,” while the minor gains for progression-free survival were “pretty disheartening.”

Kamath suggested that mCRC is “significantly harder to treat” than other cancers, and the recent “revolution” that was immunotherapy has been “pretty much ineffective in colorectal cancer, aside from some “rare exceptions.”

As a consequence, clinicians are left “reshuffling existing drugs in different combinations or the order in which we give them,” and the number of “actual new mechanisms of action is declining.”

But for Kamath, the major issue is that CRC “continues to be extremely underfunded, both by the National Cancer Institute and by nonprofit groups,” a topic he presented on at ASCO 2022.

He stressed that it is the “fourth most common cancer and the second leading cause of cancer-related deaths, but it is way underfunded compared to that burden…and I very much think that has to do with why there are so few novel pathways being explored.”

On the other hand, Kamath believes that “all of those dollars are going to other tumor types where outcomes are already good.”