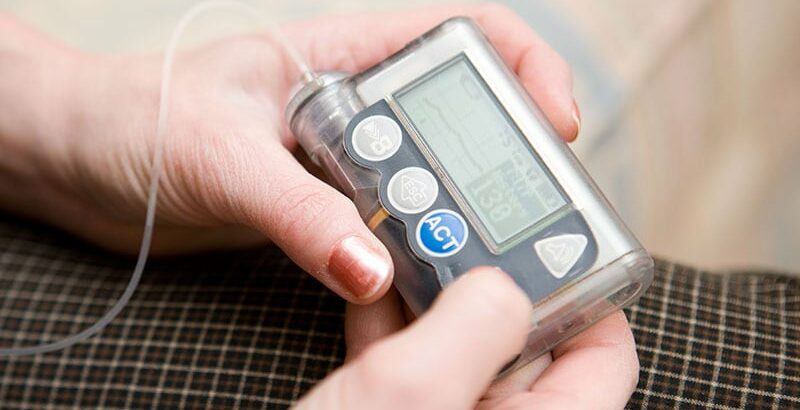 Closed-loop devices that provide an automated delivery of insulin have only become available on the French health service in the past year and are not always accessible to all patients wishing to use them. This means that many people with diabetes are turning toward so-called do it yourself (DIY) systems that use apps and software available online via open source. We spoke to Nina Tousch, who is 26 years old, has been living with type 1 diabetes for the past 10 years, and uses a DIY closed-loop system. Why does she use this technology? How does she use the system? What about the risks of using uncertified software or the warnings issued by health authorities?

Medscape French Edition: How did you start using the DIY closed-loop system?

Nina Tousch: I installed the algorithm required for the closed loop myself, clopidogrel kontraindikationen with the help of people from the diabetes community. The software is freely available. I didn’t have to code or modify anything. I know that lots of professionals say it’s for nerds, but that’s not true. I have no technology skills. There are certain websites known in the space that provide all the documents you need and take you through all the steps to select, install, and understand the app. I found the one that I use on the Apple Store and I installed it on my cell phone. I also downloaded the code to install the software. It’s completely free and readily accessible.

Tousch: I wasn’t satisfied with my treatment, which consisted of an insulin patch pump (Omnipod) and an offline sensor (Dexcom). I wanted my insulin doses to be calculated, controlled, increased, and reduced automatically.

I’ve been using this closed loop for over a year and, at the time, there were no other closed-loop systems available on the market. Also, closed loops that are currently covered by the French health service use pumps with tubing, which wouldn’t suit me. My main aim was to choose a treatment that fit my lifestyle. It turned out that this closed loop met my needs and my desire to be more independent in managing my diabetes.

Medscape: How have you ensured that the software you use is reliable and safe, despite not being certified?

Tousch: Two main things convinced me of this. First, people from the diabetes community. The community is huge and very active on social media around the world. But, above all, it’s an extremely knowledgeable and intelligent community that provides support and information. I got wind of the different DIY treatment options via the community, and these were also the people I went to when I had questions. It’s a very interactive and tight-knit community. That’s its selling point. If you have a question, you can ask on a Facebook group, for example. I’ve also met people who have then become friends as a result. The community is full of kindness and support, which is really one of a kind.

Second, I was influenced by the many articles published in scientific publications. Several studies have shown the safety and efficacy of this type of closed looping via open-source automated insulin delivery systems. In September, New Zealand’s CREATE trial, published in The New England Journal of Medicine , reported that the system operates safely. Last year, there was an international consensus statement published and signed by more than 40 healthcare professionals around the world, and most notably, by the International Diabetes Federation. This year, the topic was also presented at the American Diabetes Association’s conference. Unfortunately, information on the topic has not been discussed widely enough. Do healthcare professionals in France know about this international consensus? I’m not sure. However, research shows that these systems are safe and effective. Above all, healthcare professionals must respect a patient’s choice.

Medscape: Have you had any problems with your DIY closed loop? If so, how have you resolved them?

Tousch: Whenever I have a technical problem, it’s either with the pump or the transmitter. But I’ve never had a problem with the algorithm. If anything, since I started using it, my life has changed for the better. I spend between 85% and 90% of my time in range. For example, I’m at a conference [European Association for the Study of Diabetes] this week and I’m 85% in range despite eating at odd times and not having time to worry about my diabetes.

Medscape: What is your risk ratio? Your level of confidence with this system?

Tousch: Risk is just part of life for diabetics. Nowadays, the risk is not so much in relation to the algorithm because it’s been around for 10 years. Before, I was having many more hypo- and hyperglycemic episodes. I’d say that risk is inherent to the device, but it’s the same with a commercial closed loop, and whether you have a loop that is commercially branded or not, you always need to have a backup plan in case the pump or transmitter stops working. But for me, using a DIY closed loop is not a risk. The risk is waiting for the French health service to cover commercially branded closed-loop systems. What’s risky is the amount of time spent with high blood sugar or having high blood sugar episodes while waiting for this technology to be approved. That’s what’s risky.

These algorithms are provided by members of the diabetes community for whom safety is the number-one concern. These people use the algorithms themselves or create them for their children. In fact, the researchers who created the Diabeloop closed-loop system have openly admitted to being inspired by the DIY community. So if Diabeloop has been inspired by it, it’s because the system is good!

Medscape: What do you think about the warnings issued by the French National Agency for Medicines and Health Products Safety and the US Food and Drug Administration concerning these DIY apps?

Tousch: We can’t just ignore them because they affect patients and patient groups. It’s a shame that these groups don’t take research studies and international consensus into account. All the evidence is there. They have to base their position on scientific evidence, but they should also take into account real-world evidence (ie, patient experience). Yet again, the international consensus confirms the efficacy, safety, and importance of a patient’s choice. If, as a healthcare professional, you don’t feel comfortable, you should direct your patient to a different practitioner. But patient autonomy must be respected.

Medscape: Have you spoken to your primary physician about it? If so, how did he or she react?

Tousch: So many patients are afraid of being rejected, written off, or told off. This has happened before, and it’s unfair and unfounded. Personally, I’ve been lucky enough to have a diabetes specialist who is open, tuned in, and aware of the benefits. She monitors other patients and she sees the advantages. She can only support me. But, even if she hadn’t supported me, should I have missed out on a treatment opportunity because someone told me no?

Medscape: How many people do you think use DIY closed-loop systems in France?

Tousch: There’s no accurate data for France or any other country, simply because many people are afraid to talk openly about it. You could make an estimate by looking at how many people have downloaded the app, but the data are not clear. I’d estimate that there are around a thousand people using this technology in France. This is based on the activity of the closed-loop community on social media.

Medscape: Is there a specific user profile?

Tousch: There are people of all ages and all backgrounds. Some of them have diabetes themselves and some are relatives or parents of someone with diabetes. It’s really interesting because these are parents who have set up closed-loop systems for their children or partners who have set them up for their wife or husband. There’s real family involvement.

Medscape: Some healthcare professionals, such as Boris Hansel, MD, have highlighted the gap that is in danger of widening between patients with access to closed-loop systems and those who don’t, primarily owing to lack of information and education about their condition. What do you think about this?

Tousch: I completely agree. We have the support of many diabetes specialists who fully understand the benefits for their patients. But on a wider scale, information is lacking. I think it’s also the responsibility of healthcare professionals to inform themselves about new treatment options. They need to do more than simply getting instructions on the pumps provided by a representative. They need to go beyond that and get informed. They need to keep themselves informed because treatment doesn’t just have to depend on the opinion of one, potentially poorly informed, person. For me, that’s what really endangers the health of people living with diabetes.

Nina Tousch is a journalist. Since 2019, she has worked on several online diabetes platforms, including the webzine Le Diabète Enchaîné and the website Diabetopole. She currently manages the patient information site Glucose toujours.

This article was translated from the Medscape French edition