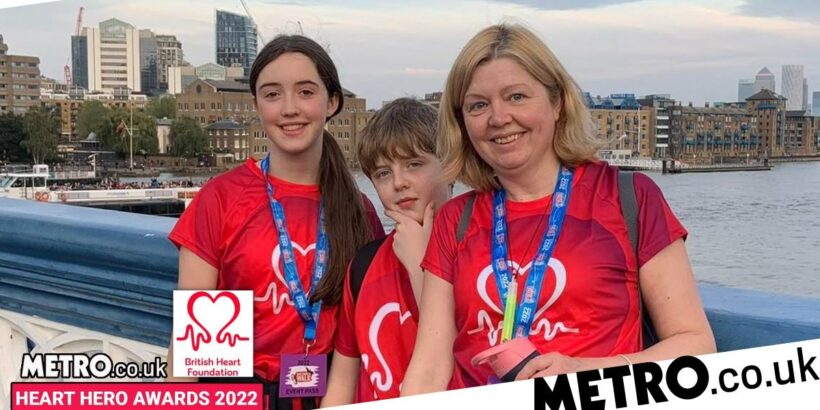 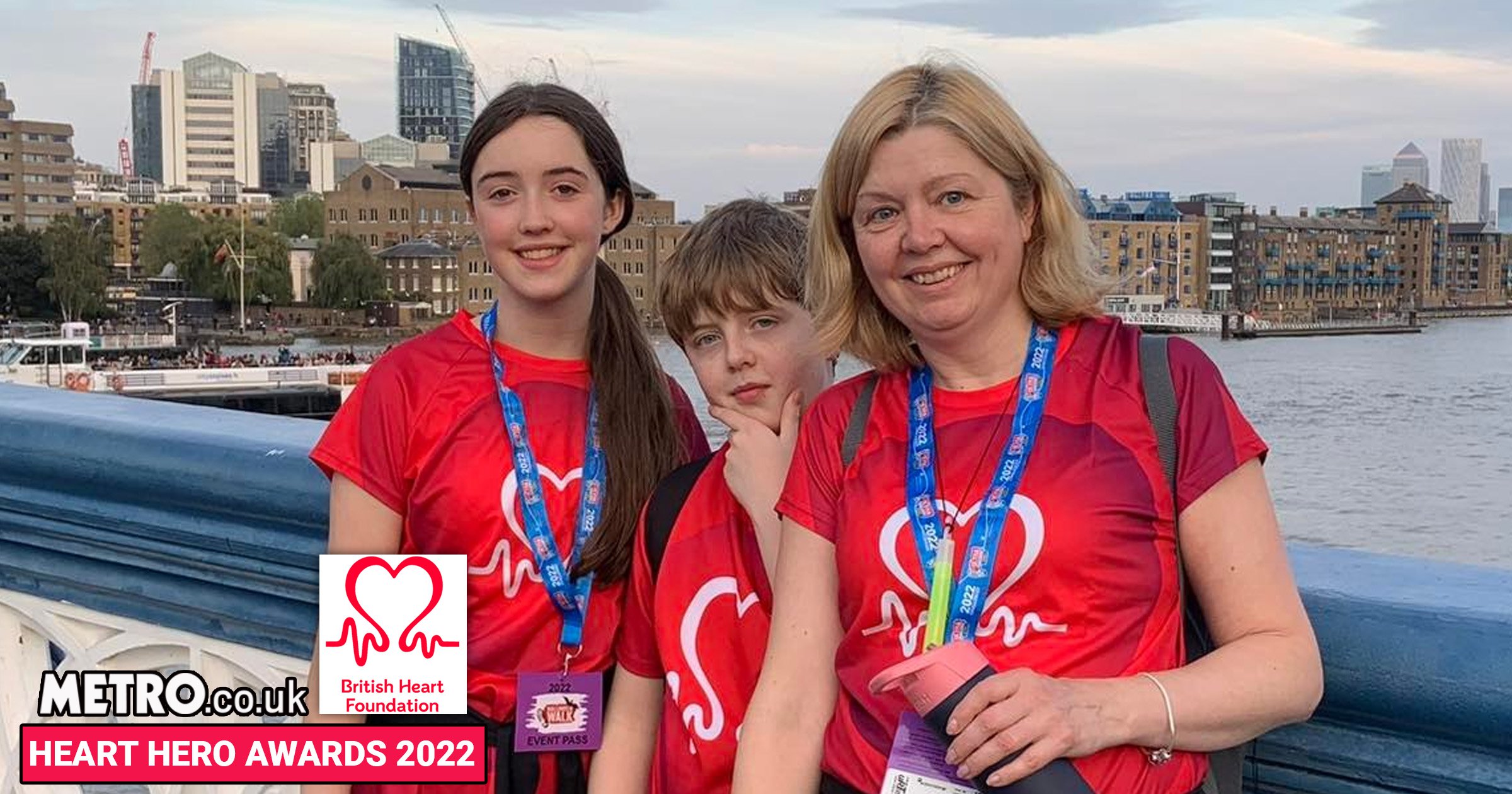 ‘It’s reassuring that there’s purpose that comes out of a loss,’ Dawn Collin tells us. ‘It doesn’t just stop there.’

Dawn’s husband, Mark, died very suddenly from a heart attack in 2017 when he was just 41 years old.

The dad-of-two was playing cricket on a warm August day, when he was suddenly taken ill and died minutes later.

On that day Dawn’s ‘world changed’ and she recalls the aftermath of her family’s sudden loss as being in ‘a pit of despair.’

But remarkably, amidst their grief, Mark and Dawn’s daughter, Sophie, now 15, methotrexate ra weight loss decided she wanted to honour her dad’s legacy.

Just a year on from her dad’s death, Sophie spearheaded a ‘trainer trek’ with her year six classmates in the summer of 2018, raising funds for the British Heart Foundation (BHF).

Dawn recalls: ‘It was all Sophie’s idea at the time. I was sort of in a pit of despair and she was able to see what she could do straight away to help other people and highlight the cause.

‘Not a lot of 10-year-old girls think about other people when their whole world is collapsing around them. She’s got a big heart.

‘We just wanted Mark’s memory to mean something; to live on and benefit others.’

Sophie, along with the whole year group, ran laps around the school field. The distance they collectively ran amounted to ‘more than a marathon’ – very apt given the important cause they were trekking for, and the fact that Mark himself had completed the London Marathon.

Thanks to the trek, Sophie and her classmates were able to raise an impressive £1007 for BHF – a sizeable chunk more than the £150 goal they’d originally set themselves.

To recognise Sophie’s incredible achievement, she’s been nominated for one of the BHF’s 2022 Young Heart Hero Awards.

Dawn recalls: ‘It was really surprising when we hit our goal.

‘It was a great feeling because we did it as a memorial run as well. So it was really nice that people were still thinking of us, and had a heart for our cause.’

Even though there were lots of children involved, going further than a marathon is still a huge achievement for such young kids.

‘It’s not easy for them – they’ve got smaller legs,’ Dawn says with a chuckle.

‘Each time around the field was about 800 meters, so it’s quite a distance to go around eight times.’

The school, Eastwick Junior School, was more than happy to get involved with Sophie’s idea.

Dawn says: ‘They were really pleased because it was a great cause, and they felt they were supporting Sophie, because it took place during the school year after she lost her dad.

‘It was a great way of raising awareness of the charity. They did a small assembly in the run-up to it, Sophie told them a little bit about the charity.

‘They also published a thank you in their newsletter to all the parents. It almost was an education for the kids on what happened to Mark as well as a fundraiser.’

She adds: ‘I think the children and their families benefited from the whole experience in terms of improving their own lifestyles, and learning that this can happen.

‘And Sophie is brilliant – she’s all full of positivity. She refuses to be sad about it because her dad was always a happy soul and brought the best out in people, and she’s just carrying on that legacy as well.

‘She always looks on the bright side.’

Over the years since Sophie’s trainer trek, the family has raised roughly £3,500 more for BHF.

Dawn says: ‘It’s quite a significant amount, and we will keep going because it keeps him alive in our hearts.

‘It’s a good cause to prevent other families from going through this.’

Spurred on through the years by the success of the trainer trek, the family tries to undertake a new fundraising challenge roughly once every year in Mark’s memory.

Sophie and her brother George have just done a half-marathon walk, and the family ran a mile a day for a month last year.

Dawn said: ‘Mark’s still close to our hearts. He was taken so early – we want him to live on through our efforts to raise funds, as well as through other things.’

As for future fundraising endeavours, Dawn says they might even undertake a full marathon now that they’ve been able to tackle a half.

Dawn goes on: ‘George is 12 now and Sophie is 15, so once she’s got her GCSEs out the way who knows?

‘Maybe it will be the marathon for us.’

A BHF Heart Hero, with Metro.co.uk as its media partner this year, can be anyone from a healthcare professional doing exceptional work, to a young person living with heart disease that has shown incredible courage and determination, to an inspiring fundraiser who has found creative ways to help fund research.

Those shortlisted will be invited to an awards ceremony hosted by Vernon Kay at Glaziers Hall in London on December 1, when the winners will be announced.

You can register to watch the celebration online through a live stream on the evening from 8pm. Guest celebrities will be announcing some of the winners.

Judging of the categories is now complete with Scottish footballer Scott Allan and TV and radio presenter Will Njobvu among this year’s celebrity judges.

But the Young Heart Hero and CPR Hero categories remain open to nominations throughout the year.

The awards ceremony raises awareness of the continued need for funding for the pioneering research that is turning science fiction into reality, and providing hope for more than seven million people in the UK living with heart and circulatory conditions.

To find out more about the categories or to make a nomination, visit the British Heart Foundation website.