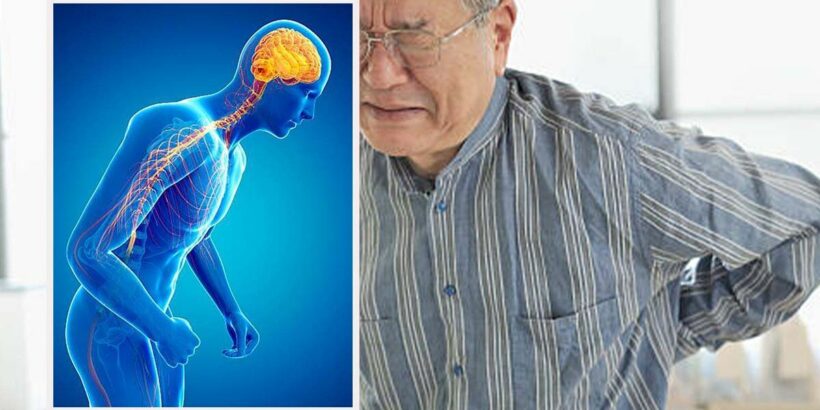 The charity explains that Parkinson’s develops when cells in the brain stop working properly and are lost over time. These brain cells produce a chemical called dopamine.

The main symptoms of Parkinson’s disease are shaking (tremors), slow movements and stiffness.

The Parkinson’s Foundation notes that some symptoms, such as loss of smell, dr w author holistic medicine constipation, depression and REM sleep behaviour disorder “can occur years before the diagnosis”. 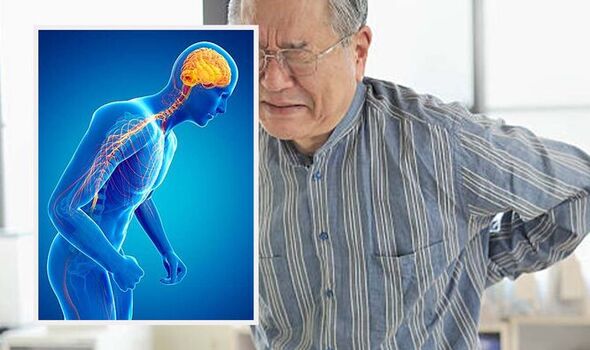 The Mayo Clinic says impaired posture and balance is a possible sign of Parkinson’s.

It states: “Your posture may become stooped, or you may have balance problems as a result of Parkinson’s disease.”

The Parkinson’s Foundation explains: “Parkinson’s affects control of automatic activities, so posture changes may occur without the brain’s automatic reminders to stand up straight.“

These changes may include stooped or rounded shoulders, decreased low back curve or forward lean of the head or whole body, making you look hunched over.”

The NHS notes: “A person with Parkinson’s disease can also experience a wide range of other physical and psychological symptoms.”

Although there is currently no cure for Parkinson’s disease, early diagnosis is important so patients can receive the proper treatment and advice regarding care.

Researchers do not yet know exactly why people get Parkinson’s, but it is thought that a combination of age, genetic and environmental factors cause the dopamine-producing nerve cells to die.

There are many different therapies and factors that can help in managing the condition, the NHS says.

Indeed, you may not need any treatment during the early stages of Parkinson’s disease as symptoms are usually mild.

Doing 2.5 hours of exercise a week can slow the progression of your symptoms, according to Parkinson’s UK. 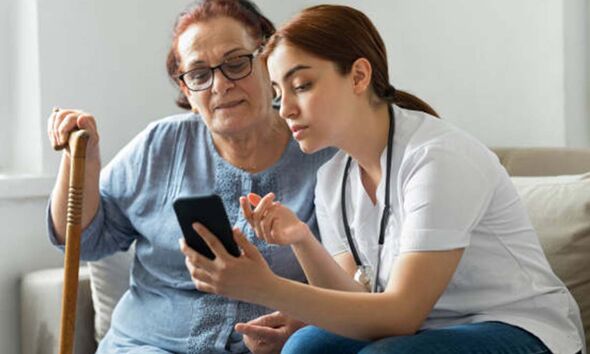 It adds: “Medication can be used to improve the main symptoms of Parkinson’s disease, such as shaking (tremors) and movement problems.

“But not all the medications available are useful for everyone, and the short- and long-term effects of each are different.”

The NHS explains: “A care plan should be agreed with your healthcare team and your family or carers.

“This will outline the treatments and help you need now and what you’re likely to need in the future, and should be reviewed regularly.”