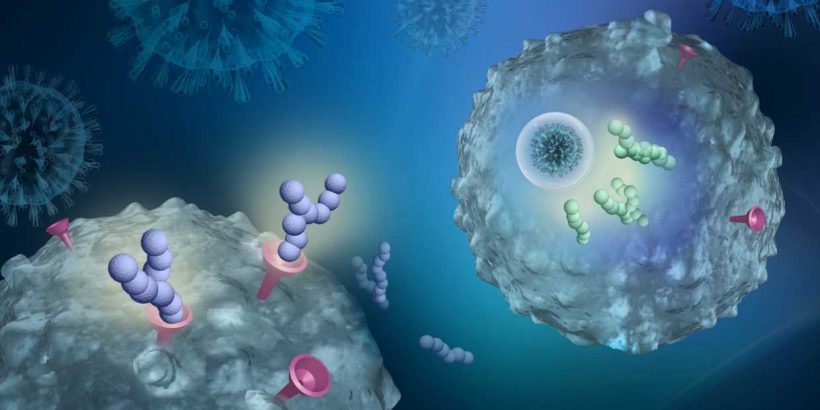 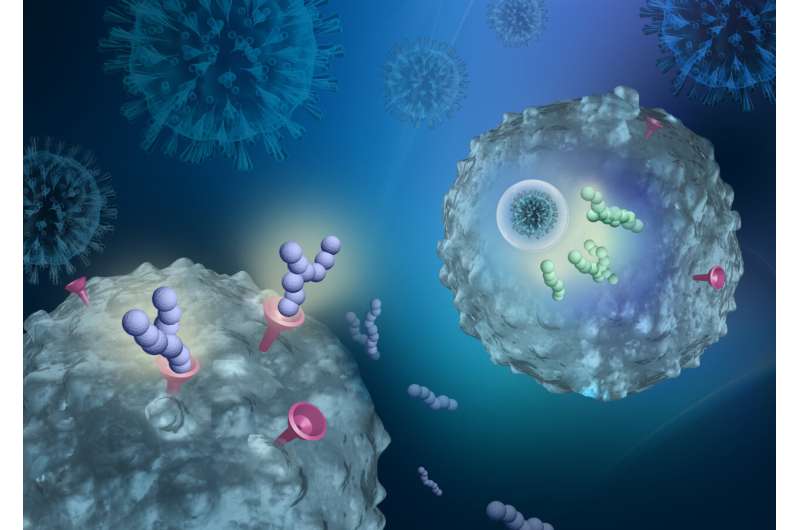 Scientists from QIMR Berghofer Medical Research Institute in Queensland have developed two new drugs to both prevent SARS-CoV-2 infection, and also treat people who have been exposed to the virus so they do not develop severe disease.

The peptide-based drugs are now being tested in hamsters at France’s pre-clinical and clinical research facility, IDMIT, with promising early results showing they are not toxic and have few side effects. The drugs are also stable and can be stored at room temperature—which would make them easy to distribute.

The study findings have been published overnight in the prestigious journal Nature Cell Discovery.

The two early intervention drugs target how human cells respond to the SARS-CoV-2 virus, instead of the virus itself.

The first peptide-based drug would be given pre-exposure to the virus and help boost the efficacy of vaccines, psoriasis lisinopril while the second drug would stop the spread of the virus in already infected cells.

The discovery of the peptide-based drugs was made possible after the researchers uncovered a previously unknown mode of entry that SARS-CoV-2 exploits to invade cells and cause COVID-19 disease.

The virus then latches onto the cloaking peptides, which they mistake for human cells—preventing infection.

The lab tests have also shown that if the virus finds its way into cells, the second peptide-drug can block how the virus hijacks the host cell and replicates. It also boosts the immune system’s ability to recognise the virus.

Senior researcher and head of QIMR Berghofer’s Gene Regulation and Translational Medicine Group, Professor Sudha Rao, said they were able to develop the drugs after discovering that some people have a chemical tag which acts like a padlock on the ACE2 receptor.

“The tag can either keep the receptor locked or open—controlling infection. This means people who have the ‘padlock-like’ tag on their ACE2 receptors will be less susceptible to SARS-CoV-2 and those without the tag are more vulnerable to infection,” Professor Rao said.

“Our drugs stop the tag from being removed and also protect the untagged ACE2 receptors from being infected.”

The researchers also discovered that if the virus invaded the cells it would unlock the tag from the inside—allowing more efficient virus replication.

“These are the first drugs we are aware of that can operate on dual fronts. We hope, if the clinical trials are successful, that the first drug could be given as a therapy alongside vaccination to prevent the virus binding to cells and taking hold, while the second peptide could be used to stop the virus replicating in already-infected patients.”

The research was conducted on COVID-19 patient blood and human cells.

Professor Nabila Seddiki, who is testing the drugs at IDMIT in France, said the development of new drugs was an exciting step in the fight against COVID-19.

“Many of the drugs being developed around the world to treat COVID-19 are targeted at people with severe disease. However, these peptide-based drugs are aimed at preventing infection in the first place, and at reducing the severity of the disease before it really takes hold,” Professor Seddiki said.

“These drugs could also be very important because they may provide the protection we need for emerging variants and be used to protect the small group of people who cannot be vaccinated.”

Professor Rao said the collaboration with IDMIT was vital to the study’s progress.

“IDMIT are world leaders in clinical trials and, particularly, tests of potential COVID-19 drugs. They have access to the latest emerging strains of the SARS-CoV-2 virus, which ensures testing of our potential drugs occurs on relevant strains of the virus,” Professor Rao said.

“We are very grateful to Professor Seddiki and her team for providing their expertise and resources to run the pre-clinical trials, and we’re hopeful these trials will progress well.”

The Queensland Minister for Health, Yvette D’Ath said the State Government was proud to have helped fund Professor Rao’s research.

“Just over a year ago we knew very little about this disease and it’s amazing that Queensland researchers have been able to develop these potential new drugs in such a short time,” Ms D’Ath said.