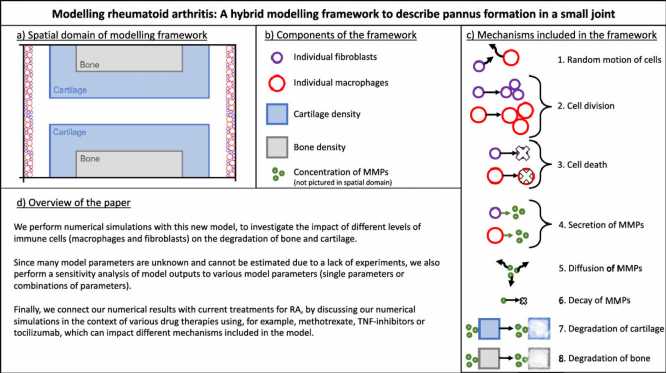 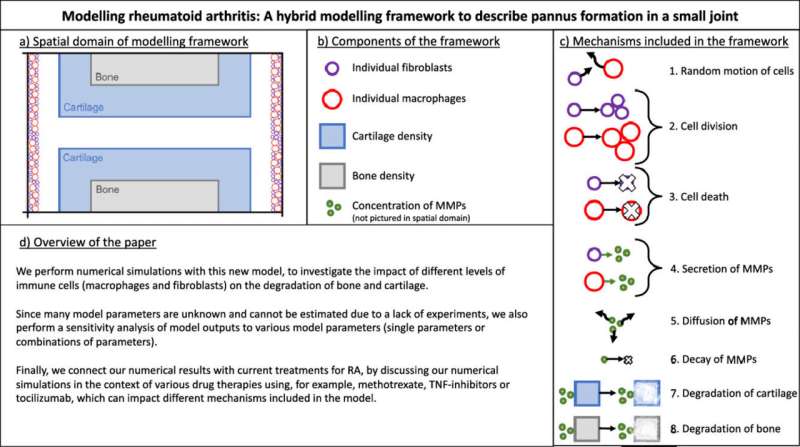 A computer model could help researchers to better understand the development of rheumatoid arthritis. Described in the journal ImmunoInformatics, the model can simulate unwanted interactions between bone, cartilage and immune cells in joints. This could lead to a better predictions of how people with arthritis will respond to certain treatments.

Rheumatoid arthritis (RA) is a chronic disease which causes stiff, swollen and painful joints that affects roughly one percent of the global population. It is an autoimmune condition, meaning that it is triggered by systems which are supposed to protect us from disease—but for reasons we often don’t fully understand, rosiglitazone lipodystrophy can sometimes actively harm our bodies.

“Disease progression can be slowed, and the symptoms of the disease can be reduced through a variety of treatment approaches,” says Fiona Macfarlane at the University of St Andrews, U.K., who led the work on the new model. “However, around 40% of patients do not respond to this therapy, while others respond initially and then lose response over time.”

In previous studies, researchers used computer models to recreate the mechanisms involved in RA development. These models performed well when predicting the mechanical behaviors of bone and cartilage, which can be accurately described using mathematical equations.

However, the same couldn’t be said for the tissues surrounding these materials, made up of vast numbers of living cells. The random individual behaviors of these cells are virtually impossible to describe mathematically, making them far more difficult to reproduce within computer models.

Macfarlane says she is personally driven to overcome RA challenges because people in her own family have been diagnosed with the condition. Working with Mark Chaplain at the University of St Andrews, and Raluca Eftimie at the University of Franche-Comté, the team created a model which combines previous mathematical approaches with techniques for describing the random actions of immune cells, including fibroblasts and macrophages.

“Accounting for randomness at a cellular level may be key in understanding the evolution of the disease,” Macfarlane describes. “Therefore, we developed our model to capture the dynamics of single immune cells interacting with cartilage, bone, and the enzymes which degrade them.”

Using their model, the team recreated an abnormal growth of immune cells inside a small joint, and examined how different levels of fibroblasts and macrophages affect the degradation of bone and cartilage.

For now, the approach is still in its early stages. “At this stage, the model can’t be used to accurately predict the progression of the disease,” Macfarlane explains. “However, it can allow us to identify the mechanisms that have the largest effect on cartilage and bone destruction.”