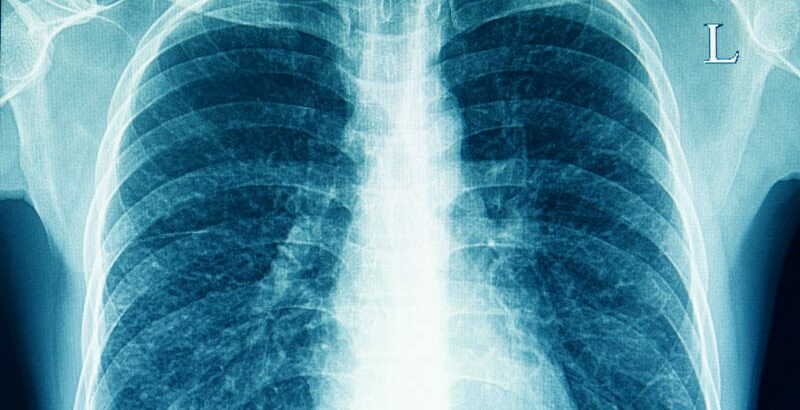 The antifibrotic pirfenidone (Esbriet) did not change the decline in forced vital capacity percentage (FVC%) from baseline of 10% or more or the risk of death compared with placebo in patients with rheumatoid arthritis-associated interstitial lung disease (RA-ILD). However, the drug appeared to slow the rate of decline in lung function, a phase 2 study indicated.

“Although we did not meet our composite primary endpoint, furacin n key secondary endpoints showed a safe and beneficial effect of pirfenidone in patients with rheumatoid arthritis and evidence of fibrotic interstitial lung disease and the totality of the evidence suggests that pirfenidone is effective in the treatment of RA-ILD,” they suggest.

The study was published online in the Lancet Respiratory Medicine.

The treatment for Rheumatoid Arthritis and Interstitial Lung Disease 1 (TRAIL1) was carried out in 34 academic centers specializing in ILD. Patients had RA and the presence of ILD on high-resolution CT scan and, where possible, lung biopsy. A total of 231 patients were randomly assigned to the pirfenidone group and the remainder to placebo. The mean age of patients was 66 (interquartile range (IQR, 61.0-74.0) in the pirfenidone group and 69.56 (IQR, 63.-74.5) among placebo controls.

Patients received pirfenidone at a dose of 2,403 mg per day, given in divided doses of three 267-mg tablets, three times a day, titrated to full dose over the course of 2 weeks. High-resolution CT scans were done at the beginning and the end of the study interval. Several disease-modifying antirheumatic drugs (DMARDS) were used for the treatment of RA but no differences were observed between treatment groups accounting for the DMARD classes.

“The primary endpoint was the incidence of the composite endpoint of a decline from baseline in [FVC%] of 10% or more or death during the 52-week treatment period,” Solomon and colleagues observed. The primary outcome was measured in the intent-to-treat (ITT) population.

Some 11% of patients in the active treatment group vs. 15% of patients in the placebo group met the composite primary endpoint, as investigators reported. For the secondary endpoint of the change in FVC over 52 weeks, patients treated with pirfenidone had a slow rate of decline in lung function compared with placebo patients as measured by estimated annual change in absolute FVC (–66 ml vs. –146 mL; P = .0082).

In contrast, the two groups were similar with regard to the decline in FVC% by 10% more or the frequency of progression. All-cause mortality rates were similar between the two groups. Adverse events thought to be related to treatment were more frequently reported in the pirfenidone group at 44% vs. 30% of placebo patients, the most frequent of which were nausea, fatigue, and diarrhea.

“These adverse events were generally grade 1 and were not clinically significant,” as the authors emphasized, although 24% of patients receiving pirfenidone discontinued treatment because of AEs vs. only 10% of placebo patients.

Limitations of the trial included early termination because of slow recruitment and the COVID-19 pandemic. This led to underpowering of the study.

In an accompanying editorial, Marco Sebastiani and Andreina Manfredi, MD, said that the choice of the primary outcome of an FVC decline from a baseline of 10% or more could have negatively influenced results because an FVC decline of 10% or more was probably too challenging to show a difference between the two groups. Indeed, the updated 2022 guidelines proposed a decline of 5% or more in FVC as a “significant threshold” for disease progression in patients with progressive pulmonary fibrosis, as the editorialists pointed out.