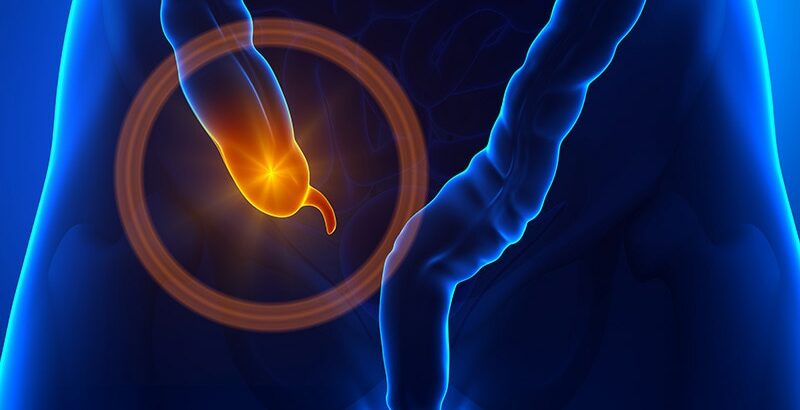 Children who have greater acute appendicitis pain may be less likely to improve if they’re treated with antibiotics alone, according to a secondary analysis of a nonrandomized clinical trial.

“Even if nonoperative management of pediatric appendicitis did not work — resulting in the need to remove the appendix in 34% of cases — families were happy with their decisions 1 year later,” added Rentea, who co-authored an invited commentary about the study.

As they reported in JAMA Network Open, the larger prospective, nonrandomized clinical trial enrolled 1068 children between 2015 and 2018. The children ranged in age from 7 to 17 years, and they had imaging-confirmed appendicitis with an appendix diameter of 1.1 cm or less, no abscess, no appendicolith, and no phlegmon. White blood cell count was between 5000 and 18,000 cells/μL, and abdominal pain began less than 48 hours before they received antibiotic therapy.

Caregivers chose either surgery or nonoperative antibiotic management. Patients who were treated first with antibiotics alone and who did not undergo appendectomy within 1 year were considered to have successfully completed nonoperative treatment.

The secondary analysis included the 370 children enrolled in the nonoperative group. Of these, 229 were boys and the median age was 12.3 years. In this subgroup, the researchers compared outcomes after nonoperative, antibiotic management vs surgery.

Antibiotics-Only Is a Safe Option for Children

“This study suggests that pediatric patients with uncomplicated acute appendicitis should be offered treatment options, including nonoperative management,” the authors write. “Treatment with antibiotics alone is a safe and equitable option for children, with no increased risk of treatment failure based on sociodemographic or objective clinical characteristics at presentation.”

But, the authors advise: “Families need to be made aware that treatment failure is not uncommon, and they should be provided with anticipatory guidance on how to proceed should symptoms recur.”

The investigators acknowledged limitations to the study, including the nonrandomized design that may have introduced bias, the loss to follow-up, and the study population being US Midwest children, who may differ from children elsewhere in the country.

Shawn D. St Peter, MD, a pediatric surgeon, medical chair, and a senior vice president, at Children’s Mercy Kansas City  told Medscape in an email that having a nonoperative alternative to surgical appendectomy is important.

“Antibiotics are the initial treatment for appendicitis and can be the definitive treatment,” he said.

“Surprisingly, no sociodemographic or clinical characteristics were associated with an increased risk of nonoperative appendicitis treatment failure,” added St Peter, who co-authored the commentary with Rentea.

Howard C. Jen, MD, a pediatric surgeon at UCLA Mattel Children’s Hospital in Los Angeles, California, was not surprised by the findings.

“Nonoperative management for acute noncomplicated appendicitis in children continues to be safe and effective in highly selected patients,” he said in an email. “This alternative to surgery should be offered routinely to patients with early acute appendicitis.”

Jen, who was not involved with the current study, noted that it did not address the impact and costs to families of nonoperative management vs surgery.

“For the most vulnerable children who had difficulties accessing medical care, what is the best treatment option? What factors are important to the families when making this decision?” he asked.

All study and editorial authors report no relevant financial relationships. The study was funded by the Patient-Centered Outcomes Research Institute and the National Center for Advancing Translational Sciences.