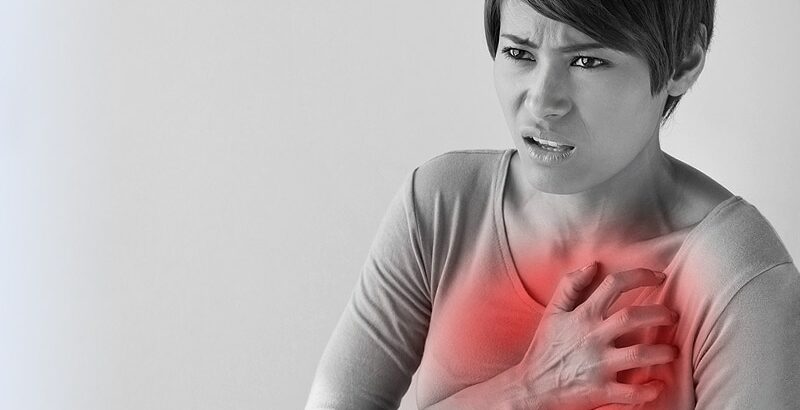 Young women with acute myocardial infarction (AMI) are more likely to be readmitted to hospital for cardiac and all-cause events, data indicate.

This gender gap may result partly from the differing characteristics of heart disease in women. “Getting bypass surgery and angioplasty less often may be appropriate for women, since they may have different cardiac pathophysiology,” study author Mina Madan, generic dostinex next day without prescription MD, MHS, a cardiologist at Sunnybrook Health Sciences Center in Toronto, Canada, told Medscape Medical News. “They may have AMI for reasons other than the classic arterial blockage — for example, from tears in the artery, coronary spasm, and stress.”

The study was published online October 5 in the Canadian Journal of Cardiology.

After decades of increased efforts to reduce sex-based disparities in cardiovascular care, clinicians’ focus abruptly switched to COVID-19 in 2020, Madan said. Her group decided to examine developments in cardiac care using Ontario provincial health administrative data. The researchers focused on patients with AMI between ages 18 and 55 years who were hospitalized between April 1, 2009, and March 31, 2019.

The rate of the primary composite endpoint (1-year all-cause mortality or readmission for unstable angina, AMI, heart failure, or stroke) was significantly higher among women than men (10% vs 7.9%; adjusted hazard ratio [aHR], 1.11; P = .02). The finding was driven by increased readmission rates for cardiovascular events among women.

“We were particularly concerned about the rising rate of diabetes in women and that the smoking rate in this younger AMI age group was still high,” said Madan. The findings should serve as “a call to action toward a refocus on a healthy diet and lifestyle and screening women for high blood pressure, high cholesterol, and diabetes,” she added.

Madan noted that women often face gender-specific stressors from being sandwiched between generations. In addition to holding down one or more jobs, many women work as caregivers for their own families and for their elderly parents. “Are we meeting these AMI patients’ psychosocial needs soon enough?” she asked.

In an accompanying editorial, epidemiologist Karin H. Humphries, MBA, DSc, of the University of British Columbia’s Centre for Improved Cardiovascular Health in Vancouver, Canada, noted that similar studies of North American adults younger than 50 years presenting with a first MI found higher rates of comorbid conditions in women, compared with men. In a US registry study, no sex difference was observed for in-hospital mortality, but at a median follow-up of 11.2 years, the all-cause mortality rate was significantly higher in female patients, even after adjustment (HR, 1.63; P = .01).

Humphries and colleagues concurred with Madan that the increased prevalence of diabetes for women is particularly concerning. “There is also an urgent need to understand what is driving the higher readmission rates in females,” they write. “Is this caused by unrecognized depression, less use of evidence-based medication post-AMI, or delays in access to care?” they asked.

Although the study did not address gender roles, these need to be investigated, “given the impact of gender on the likelihood of follow-up, economic challenges with filling prescriptions, and stress associated with work and family responsibilities, particularly in this young age group.”

Commenting on the study for Medscape, Jean M. Cacciabaudo, MD, cardiologist and associate medical director of Huntington Hospital in Huntington, New York, said, “Here in the United States, we are seeing more young women with AMI. Collagen vascular disorders like lupus and pregnancy-related complications like hypertension and diabetes can be associated with that increased risk.” Cacciabaudo was not involved in the study.

“We also know that younger women with AMI have less significant coronary disease compared to men, which this analysis supports,” she added. While plaque rupture is the primary etiology of heart attacks, women also have heart attacks from plaque erosion, which may not be represented well on cardiac catheterization.

“In the heart-disease-in-women circles, we often say that men explode, while women erode. What is clear from this study is that prevention and plaque stabilization with medical therapy is an imperative. Given the higher hospital readmission rates for these younger women, guideline-directed medical therapy is a must.”

The University of Toronto and the Canadian Institutes of Health Research provided funding for this study. Madan, Humphries, and Cacciabaudo report no relevant financial relationships.

Diana Swift is a freelance medical journalist based in Toronto.