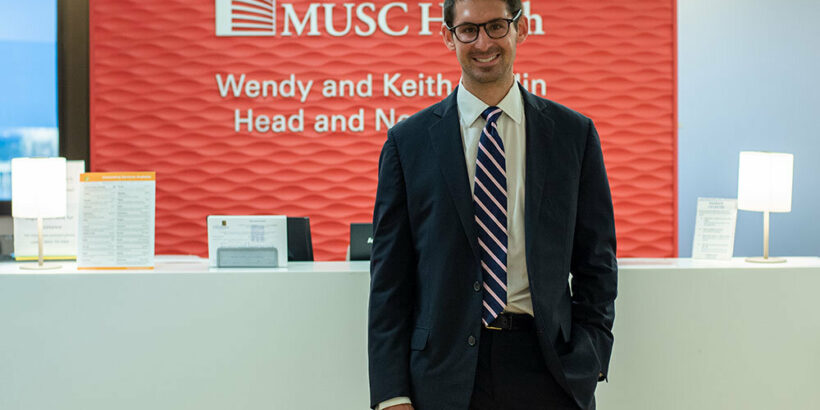 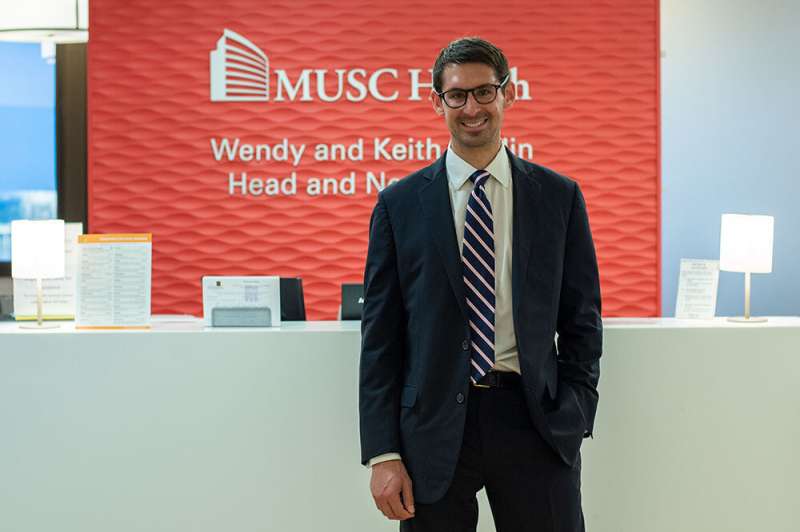 Talking, smiling, eating together—these are all social activities that are inherent to the human experience. But for some head and neck cancer survivors, they are dreaded tasks. These survivors can go through disfiguring surgeries and radiation treatments to their tongues, jaws, voice boxes, generic ventolin without prescription e necks and faces that radically affect their appearances and their control over facial muscles.

These changes, which can’t be hidden, at least somewhat bother the majority of head and neck cancer survivors. A quarter of survivors develop clinically significant body image distress, which can lead to depression, anxiety, social isolation and decreased quality of life, said Evan Graboyes, M.D., a head and neck microvascular reconstructive surgeon and director of Survivorship and Cancer Outcomes Research at MUSC Hollings Cancer Center.

“It’s something I routinely see in my clinical practice. Unfortunately, we don’t have any effective treatments to offer these patients, which is why I got interested in this line of research,” Graboyes said.

He and his team have just published in JAMA Otolaryngology—Head and Neck Surgery the results of a pilot trial evaluating a brief tele-cognitive behavioral therapy that they developed for head and neck cancer survivors with body-image distress, and the results are promising. Levels of body-image distress fell for survivors who received the therapy—called BRIGHT: “Building a Renewed ImaGe after Head and neck cancer Treatment”—compared with survivors who received standard survivorship education.

Now, with a $3.2 million grant from the National Cancer Institute, Graboyes and the team are preparing to enroll patients in a larger, multi-institution trial.

“Although our results are promising, we need to make sure that they can be replicated in a larger, appropriately powered multicenter study with a diverse group of patients and providers, and that the improvement with BRIGHT can be sustained long term,” he explained.

BRIGHT focuses on helping head and neck cancer survivors to adapt their thoughts, behaviors and coping skills to their new circumstances. Graboyes said that it’s long been known that many of these survivors struggle with body-image distress, but until this trial, no one has been able to offer an effective treatment. In fact, studies have shown that body image is the most commonly omitted aspect of head and neck cancer survivorship care, he noted.

For instance, one group tried adapting a self-compassion writing program that was effective for breast cancer survivors. But the program didn’t help. “Not only did it not make things better than a control condition, it didn’t even improve their body-image distress relative to baseline. So clearly, we need different strategies to help this group,” Graboyes said. “And we are excited because we think that BRIGHT really targets the underlying thoughts, behaviors and maladaptive coping strategies that drive and sustain body-image distress among head and neck cancer survivors.”

Graboyes and Stacey Maurer, Ph.D., a clinical psychologist who works with cancer survivors at Hollings, developed the initial framework for BRIGHT in 2017, with a pilot grant from the American Cancer Society awarded through Hollings.

“We realized that the available treatments for body-image distress weren’t tailored to individuals who have gone through treatment for head and neck cancer,” Maurer explained. “Many treatments for body-image distress are focused on weight-related concerns and eating disorders, and that just didn’t make sense for this population because of the radical changes that they may experience as a result of surgery, chemotherapy and radiation. We felt that it was important to give these patients support to improve their quality of life.”

Working closely with patient advisors, they created a program that would consist of five one-on-one sessions with a psychologist trained in cognitive behavioral therapy, tailored to the concerns of head and neck cancer survivors, with the sessions taking place virtually.

They tested this approach with 10 head and neck cancer survivors, and, to prevent a digital divide, partnered with the MUSC Center for Telehealth to provide each participant with a cellular-enabled iPad. This was pre-COVID, Graboyes noted, before people had gotten used to the idea of telemedicine, so it was a bit of a challenge to set up, but patient advocates emphasized that offering the program via telemedicine, rather than in person in Charleston, would enable more survivors to benefit.

As Graboyes prepares for the larger, multicenter trial, he is also thinking about how to more effectively spot patients in the clinic who are struggling with or at risk for body-image distress. One of the challenges in screening is that it’s not obvious who might suffer from body-image distress. Graboyes noted that the surgeon’s assessment of how good the head and neck cancer reconstruction looks doesn’t necessarily correspond to how the survivor feels about it. Some survivors with visible disfigurement are fine continuing to lead their normal lives while some with no visible disfigurement don’t want to go shopping or to church or to social events with friends. And this body-image distress doesn’t go away or get better on its own, Graboyes said.

“There’s a lot of psychological adaptation that’s happening behind the scenes, which is why a cognitive behavioral therapy-based approach seems logical,” he said.

“The BRIGHT intervention won’t make them look better. It won’t make them speak more clearly or help them chew or swallow food more easily,” he said. “But it will give them psychological tools to help address these concerns. People are not born knowing how to go to the grocery store and have kids point and stare or how to handle a dinner party when you take all of your nutrition by a feeding tube. Nor do we really teach them as part of head and neck cancer care.”