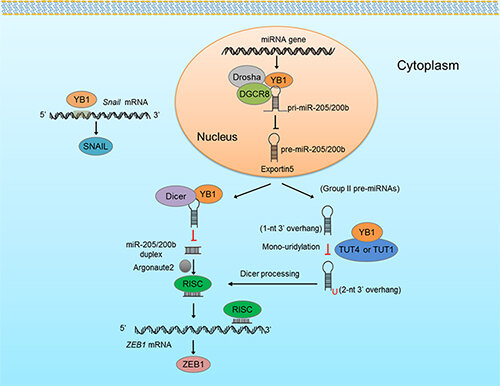 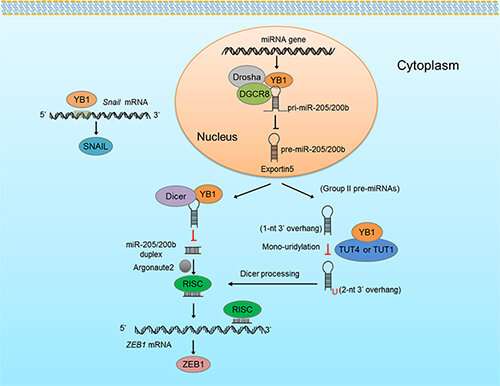 Recently, a group led by Prof. Piao Hailong from the Dalian Institute of Chemical Physics (DICP) of the Chinese Academy of Sciences (CAS) revealed that the nucleotide binding protein Y-box binding protein 1 (YB1) can promote the metastasis of liver cancer by regulating the biosynthesis of microRNA (miRNA).

This study was published in Cancer Communications on June 10.

The researchers found that YB1 could significantly inhibit the biosynthesis and expression of miRNA-200b and miRNA-205 by interacting with miRNA microprocessor complex DgCR8, Dicer and terminal UTP transferase TUTs. Then, it up-regulated the expression of zinc-finger E-box binding homeobox 1 (ZEB1), which is a key protein for cancer metastasis.

The development of lung cancer metastasis was simulated by a mouse model injected through tail vein, and the researchers found that YB1 could promote lung metastasis of hepatocellular carcinoma cells.