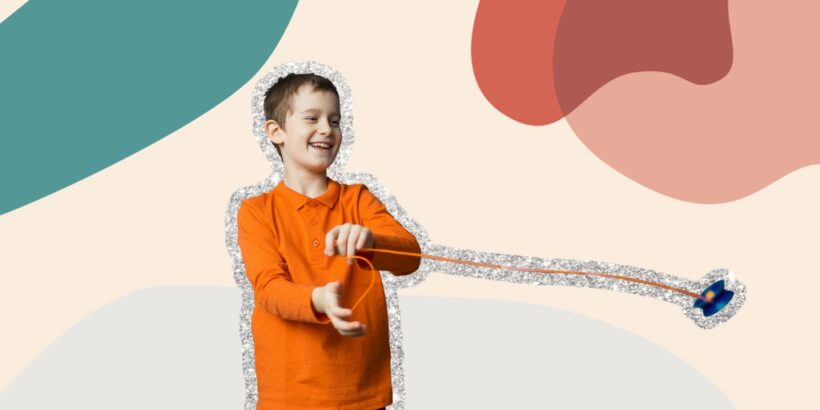 At around eight years old, I remember writing a note to my mother. It said something along the lines of, “You don’t love me anymore since you had my sister. You probably wouldn’t care if I were dead.” Happy National Siblings Day, everyone!

I don’t know what caused such drama, or whether this missive made my mom laugh or cry. But I do know it was a feeling I had often as a sullen kid, while my four-years-younger sister charmed everyone around us.

It’s a feeling I remembered clearly when I brought my son home from the hospital. As I sat with him on the sofa, my dog eyed my full lap and gave me the saddest look of betrayal I’ve ever beheld in an animal. It was pretty clear to me then that if it hurt me to do this to a dog, I wouldn’t do it to my child. I was definitely done with having children.

You’re right. It’s not my real excuse for having only one child. I’m actually way more selfish than that.

I love my sister. She is my best friend, even if I don’t ever tell her that. Even if she lives more than 1,000 miles away. Even if we spent chunks of our 20s not really liking each other very much. Without her, I don’t know how I would have survived the traumatic and mundane events of my childhood and adulthood. I don’t know if the highlights would have been anywhere near as high. My reason for not wanting a second child has nothing to do with her and everything to do with my parents and me.

Despite my 8-year-old drama, I know they loved us equally. But my parents’ disorganized way of life meant that there was never enough attention, time, or money to split between the two of us. My mother’s often fragile emotional state meant there wasn’t enough of her either. We should have had a stable, middle-class life, and yet it always felt like we were on the brink of disaster, financial or otherwise. (Disaster did eventually come, long after we were adults, but that’s another story for another time.)

If they couldn’t do it, there’s no way I could. 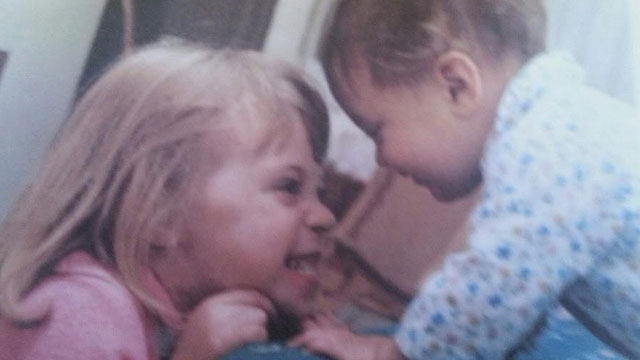 Because rather than inheriting my mother’s undiagnosed wild mood swings, I got a whopping dose of my dad’s attention deficit disorder — ADHD without the “fun” of hyperactivity. If I didn’t have therapy and a little blue pill, I would sit on my sofa all day alternating between daydreams, ambitious plans, and depression over the fact that I couldn’t get off the sofa to enact any of them. And then I would flip out and cry hysterically over the fact that I couldn’t find (choose one): my phone, my unpaid bills, the pen I just had in my hand, a very important government document, or one of my bath towels. (If you can explain to me how I managed to lose a bath towel, I would love to hear it.) Each thing I lose, or forget, or am late for is a gut-punching reminder of all the other times I’ve lost or forgotten or been late. It’s a reminder that I can’t fix myself.

Anyone who has witnessed one of these episodes would be concerned with my ability to care for an animal, let alone another human. I doubted it for a while too. There’s no way I’d remember to feed him, I thought. I will be one of those parents you read about in the news who accidentally leave their kids at home, at the store, or at school. I will cause this child so much anxiety over always being late to everything important to him. I will turn in his field-trip permission slips wrinkled and stained, the way my homework always was.

But we’ve done pretty darn well so far — my kid, my patient husband, and me. It turns out, I can handle exactly this much. Thankfully, babies and kids do remind you to feed them. And since I don’t drive anywhere, I wouldn’t get too far if I left him.

This isn’t about how hard babies are (OK maybe a little). Mostly, it’s about how disastrous I am at leading my own life. Another kid would break me, and it wouldn’t be fair to anyone in this equation. The chaos would take over yet again. In the place of yearning to have a bundle of children that so many people seem to experience, I have a solid lump of fear that I might accidentally get pregnant. It wakes me up in the middle of the night.

Many people have a second child knowing full well that it will be a sacrifice for them. I’ve had friends tell me they’re doing it for the sake of their first child, to give them a buddy, an ally, an assurance against being spoiled. I am sometimes sorry I couldn’t (wouldn’t?) give a sibling to my son. In this time of social distancing, he could really use a built-in friend in the house. It’s always going to be like that when we go on vacations. And when my husband and I get older, he won’t have a partner in rolling his eyes at us or in taking care of us.

All I can do is my best, though. I can be his buddy as often as I’m able. I can arrange for play dates (real or virtual) when I’m not. We invite the neighbor’s kid to play often, and she hangs out for long enough to make him crazy. Then he escorts her back down the stairs, returning grateful that he has only an occasional “little sister.”

“Too much attention can be a problem too,” my only-child husband has told me, relaying what it was like to have his parents’ laser focus on him through his teenage years. Too much attention is not a thing anyone’s ever accused me of having, so I think we’re fine on that front.

My hope is that one day we’ll be those people who can take one of his friends with us on vacations. And I guess I’m also lucky that my parents did decide to give me a sibling. That way, maybe his cousins will be the kind of built-in friends for life their mother is for me.

Trying to entertain a lonely-only at home? Start with these ideas for keeping kids busy.