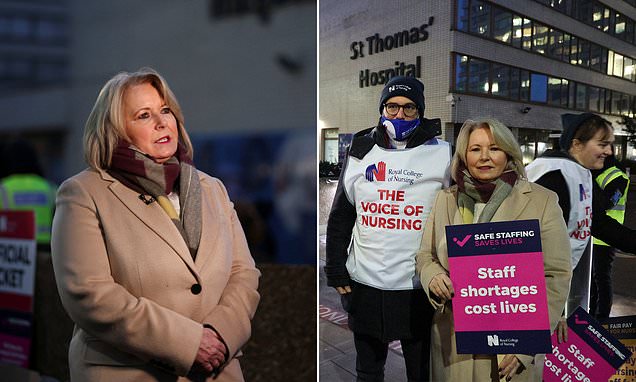 The Bob Marley-loving ‘taskmaster’ organising NHS’s biggest ever walk-out: Pat Cullen grew up in Northern Ireland during the troubles and has FIVE nursing sisters… as she wields placard on picket line

She may not be a household name like her union boss counterpart Mick ‘the Grinch’ Lynch.

But Pat Cullen will be remembered for heading up the NHS’s biggest ever strike and wreaking havoc on an already struggling health service.

Echoing the spirit of the RMT baron who has crippled the nation with a wave of pre-Christmas walk-outs, tamsulosin and sulfonamide allergy the head of the Royal College of Nursing today issued a series of rallying cries to whip up support for striking medics.

She joined up to 100,000 medics who braved temperatures as low as -8C on picket lines this morning to demand an inflation-busting 19 per cent pay rise. 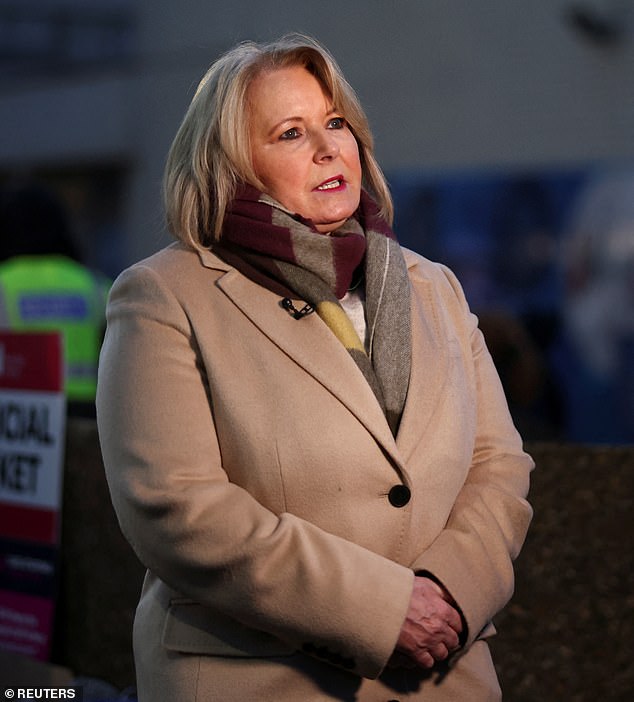 Today sees the biggest NHS strike in history as 100,000 nurses take to picket lines, headed up by the Royal College of Nursing boss Pat Cullen 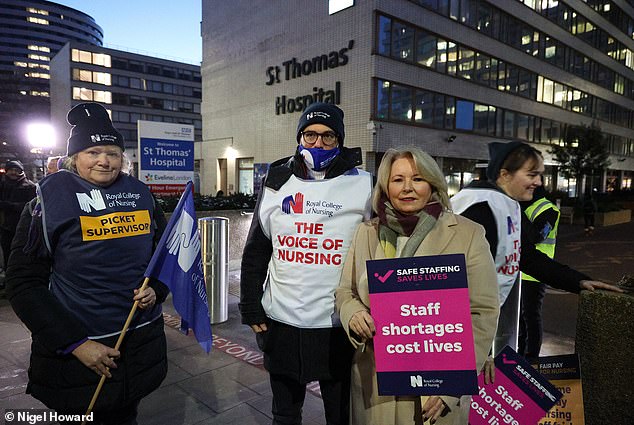 Joining nurses on picket lines this morning, Ms Cullen said: ‘It’s tragic for nursing, it’s tragic for patients and it’s tragic for the NHS, that the Government feels that they can sit in their offices today and keep our nurses out in the cold’

The 58-year-old, who prides herself on having a ‘really wicked sense of humour’ and being ‘tenacious’, said the fact nurses even had to strike today was ‘tragic’.

Ms Cullen, the daughter of a farmer, became general secretary of the RCN last year, after starting at the union in 2016.

She eventually rose up the ranks to become the RCN director for Northern Ireland in 2019, the most senior position for the union in the country.

This left her as one of the prime architects in the 2019 Northern Irish nurses strikes, which represented the first industrial action by the RCN in the union’s century long history.

Ms Cullen led a series of both work-to-rule, where nurses finished on time and took their entitled breaks, and full-on strike actions across the country’s five NHS trusts. 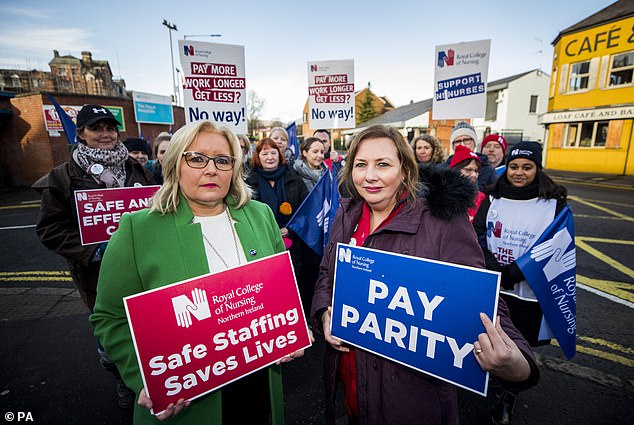 Ms Cullen was one of the prime architects in the 2019 Northern Irish nurses strikes, which represented the first industrial action by the RCN in the union’s century long history 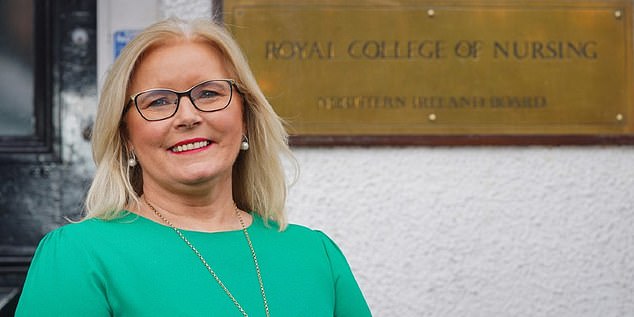 Ms Cullen, the daughter of a farmer, became general secretary of the Royal College of Nursing last year, after starting at the union in 2016

In echoes of the crisis currently gripping most of UK, Northern Ireland’s nurses took to the picket lines over pay and working conditions.

At the time, Northern Ireland was gripped by political paralysis following the collapse of a power sharing arrangement.

This left the country’s nurses the poorest paid in the UK as no pay rises could be approved by Stormont, something the union argued was exacerbating staffing pressures in the wards and leading to dangerous conditions for patients.

The strike was widely considered a success as mid-way through the walk-outs a power sharing agreement between Northern Ireland’s political parties was agreed and a pay rise for nurses that gave them salaries on par with most of the UK approved.

After being elevated to the 106-year-old union’s top post, Ms Cullen — referred to as a ‘taskmaster’ by supporters — immediately faced both internal and external challenges.

One of her most pressing tasks has been ‘cleaning up’ the echelons of the RCN’s elected senior membership, which has been beset by a series of high profile resignations linked to accusations of misogynistic bullying.

This culminated in the publication of a damming report into the RCN’s internal culture which found junior nurses were at risk of sexually motivated exploitation by senior union members, including being groped during alcohol fuelled events.

Ms Cullen has promised to ‘leave no stone unturned’ in bringing those who had acted inappropriately to account in the wake of the report.

Ms Cullen grew up in Carrickmore, Country Tyrone, and began her career as a nurse after failing her exams, according to the BBC. 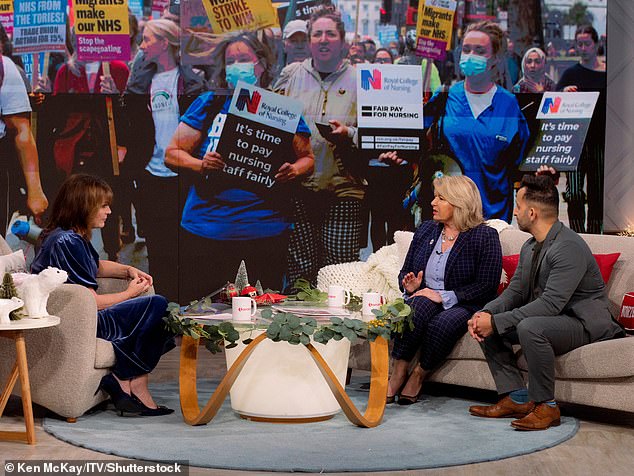 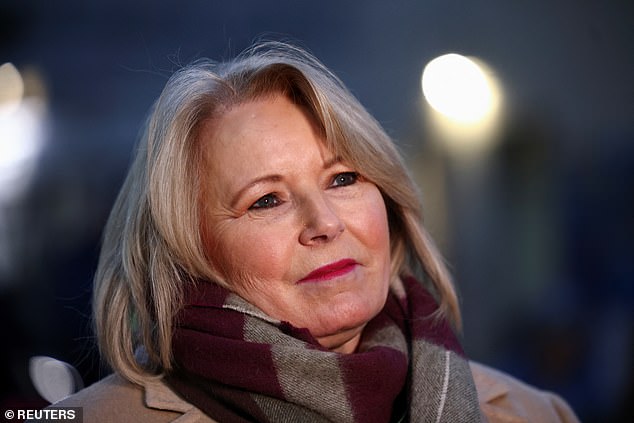 Ms Cullen grew up in Carrickmore, Country Tyrone, and began her career of leading change aged 18 as a trainee nurse, when she called out what she felt was ‘injustice’ towards patients

She was the youngest of seven children and her parents, Paddy and Annie McAleer, had six daughters and one son.

Five of the six girls went on to become nurses, a decision Ms Cullen credits to her eldest sister Bridie, 17 years her senior, who was the first to choose the career.

Ms Cullen told The Guardian she wanted to become a mental health nurse after witnessing her mother raise her sister who had learning difficulties.

Working in her first role at Holywell Hospital — a psychiatrist facility in Antrim — she was horrified at at her experiences.

She described practices used where nurses would confiscate patients’ belongings if they proved too much trouble.

The union boss said she wrote to hospital management abut her concerns over the ‘injustice’ of treating sick patients in this way. The hospital did not scrap the policy but ‘softened’ she said, and she felt she ‘did win it’.

Ms Cullen has been described as ‘formidable’ and her friend Richard Sowney said she has an ‘amazing knack’ of appearing on picket lines and ‘lifting the mood with a smile or joke’.

He added that she did not lead from an office, saying: ‘She led from the streets, from the front of hospitals. That’s the type of leadership she demonstrates.’

Ms Cullen, who shared a clip of Bob Marley and the Wailers ‘Get Up Stand Up’ on her Twitter in the days running up to the strike, has been credited for being a ‘strong leader’ in the build-up to strike ballots.

This morning, as strikes were set to begin, she wrote on Twitter: ‘As I prepare to join many picket lines today, to all our nursing staff – I have utmost respect for you.

‘Your courage to stand up and be heard for your patients will not be ignored. Shame on this Govt for leaving you out in the cold.’ 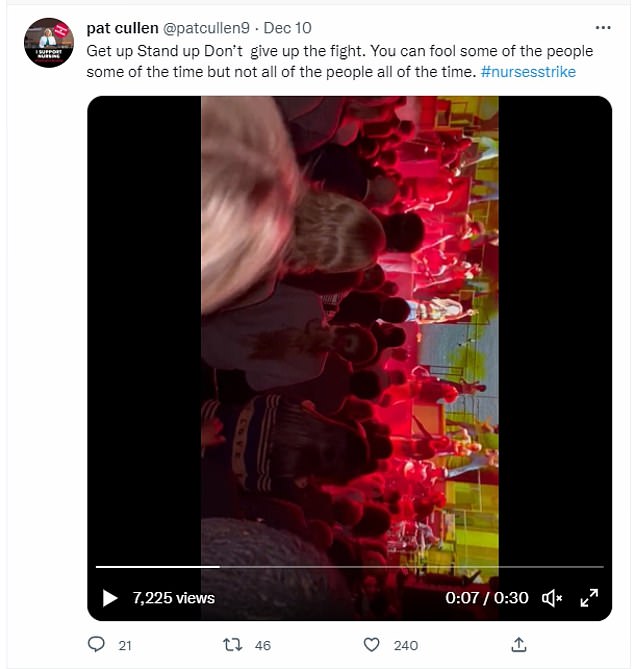 This morning, as strikes were set to begin, Ms Cullen wrote on Twitter: ‘As I prepare to join many picket lines today, to all our nursing staff – I have utmost respect for you’ 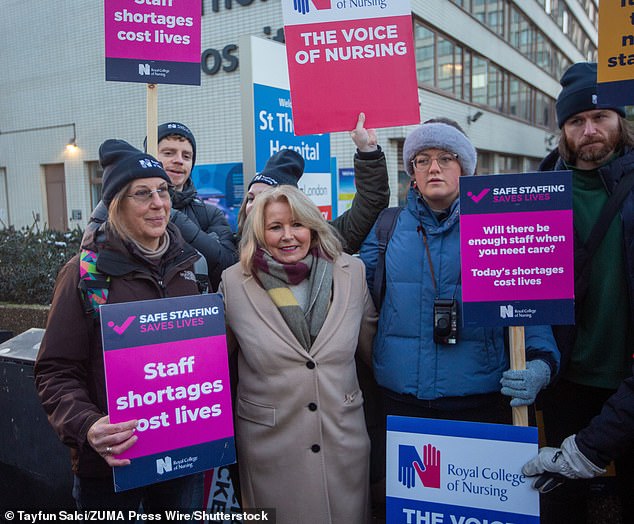 This morning, she told BBC Radio 4’s Today Programme she was ‘truly sorry’ for patients but that the Government needs to apologise to them.

She said: ‘I would ask this government to take a long look at themselves for leaving the largest workforce in the NHS out in the cold.

‘So today, there will be disruption — there is no doubt about that, and for that we are truly sorry.’

She said under staffing means there are not enough people to provide services and described it as ‘tragic to run a health service on a shoestring the way this Government expects to.’

Of the strike action taking place today, Ms Cullen recently accused Health Secretary Steve Barclay of ‘belligerence’ as he confirmed that the government would not reopen pay negotiations.

She said nurses were ‘not getting an extra penny’ despite her attending talks on Monday, three days before the first strike date in England, Wales and Northern Ireland.

On whether pay rises for nurses would stoke inflation, Ms Cullen said: ‘This is a Government that knows the cost of everything and the value of nothing.

‘Let’s think about that… Can you put a cost on what you see here today?

‘The people that are in this hospital deserve the best possible care that they cannot get because of 50,000 vacant nursing posts – they deserve better.’

She added that the only way to attract more people into the profession to fill those staffing gaps was by ‘paying nurses a decent wage’.

In other related news…