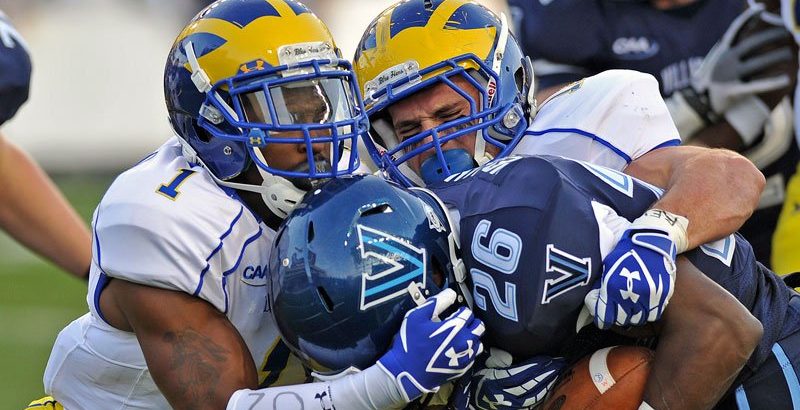 Novel research from the Concussion Assessment, Research and Education (CARE) Consortium sheds new light on how to effectively reduce the incidence of concussion and head injury exposure (HIE) in college football.

The study, led by neurotrauma experts Michael McCrea, PhD, and Brian Stemper, PhD, professors of neurosurgery at the Medical College of Wisconsin in Milwaukee, proper dosage prednisolone cats reports data from hundreds of college football players across five seasons and shows concussion incidence and HIE are disproportionately higher in the preseason vs the regular season.

The research also reveals that such injuries occur more often during practices than games.

“We think that with the findings from this paper, there’s a role for everybody to play in reducing injury,” McCrea told Medscape Medical News. “We hope these data help inform broad-based policy about practice and preseason training policies in collegiate football. We also think there’s a role for athletic administrators, coaches, and even athletes themselves.”

The study was published online February 1 in JAMA Neurology.

Concussion is one of the most common injuries in football. Beyond these harms are growing concerns that repetitive HIE may increase the risk of long-term neurologic health problems including chronic traumatic encephalopathy (CTE).

The CARE Consortium, which has been conducting research with college athletes across 26 sports and military cadets since 2014, has been interested in multiple facets of concussion and brain trauma.

“We’ve enrolled more than 50,000 athletes and service academy cadets into the consortium over the last 6 years to research all involved aspects including the clinical core, the imaging core, the blood biomarker core, the genetic core, and we have a head impact measurement core.”

To investigate the pattern of concussion incidence across the football season in college players, the investigators used impact measurement technology across six Division I NCAA football programs participating in the CARE Consortium from 2015 to 2019.

A total of 658 players — all male, mean age 19 years — were fitted with the Head Impact Telemetry System (HITS) sensor arrays in their helmets to measure head impact frequency, location, and magnitude during play.

“This particular study had built-in algorithms that weeded out impacts that were below 10G of linear magnitude, because those have been determined not likely to be real impacts,” McCrea said.

“Preseason training often has a much higher intensity to it, in terms of the total hours, the actual training, and the heavy emphasis on full-contact drills like tackling and blocking,” said McCrea. “Even the volume of players that are participating is greater.”

“This incredible dataset we have on head impact measurement also gives us the opportunity to compare it with our other research looking at the correlation between a single head impact and changes in brain structure and function on MRI, on blood biomarkers, giving us the ability to look at the connection between mechanism of effect of injury and recovery from injury,” said McCrea.

These findings also provide an opportunity to modify approaches to preseason training and football practices to keep players safer, said McCrea, noting that about half of the variance in HIE is at the level of the individual athlete.

“With this large body of athletes we’ve instrumented, we can look at, for instance, all of the running backs and understand the athlete and what his HIE looks like compared to all other running backs. If we find out that an athlete has a rate of HIE that’s 300% higher than most other players that play the same position, we can take that data directly to the athlete to work on their technique and approach to the game.

“Every researcher wishes that their basic science or their clinical research findings will have some impact on the health and well-being of the population they’re studying. By modifying practices and preseason training, football teams could greatly reduce the risk of injury and exposure for their players, while still maintaining the competitive nature of game play,” he added.

Through a combination of policy and education, similar strategies could be implemented to help prevent concussion and HIE in high school and youth football too, said McCrae.

In an accompanying editorial, Christopher J. Nowinski, PhD, of the Concussion Legacy Foundation, in Boston, Massachusetts, and Robert C. Cantu, MD, Department of Neurosurgery, Emerson Hospital, Concord, Massachusetts, said the findings could have significant policy implications and offer a valuable expansion of prior research.

“From 2005 to 2010, studies on college football revealed that about two-thirds of head impacts occurred in practice,” they note. “We cited this data in 2010 when we proposed to the NFL Players Association that the most effective way to reduce the risks of negative neurological outcomes was to reduce hitting in practice. They agreed, and in 2011 collectively bargained for severe contact limits in practice, with 14 full-contact practices allowed during the 17-week season. Since that rule was implemented, only 18% of NFL concussions have occurred in practice.”

“Against this backdrop, the results of the study by McCrea et al are shocking,” they added. “It reveals that college football players still experience 72% of their concussions and 67% of their total HIE in practice.”

Even more shocking, note Nowinski and Cantu, is that these numbers are almost certainly an underestimate of the dangers of practice.

“As a former college football player and a former team physician, respectively, we find this situation inexcusable. Concussions in games are inevitable, but concussions in practice are preventable,” they write.

“Laudably,” they add “the investigators call on the NCAA and football conferences to explore policy and rule changes to reduce concussion incidence and HIE and to create robust educational offerings to encourage change from coaches and college administrators.”