The Democratic nominee spoke of Americans lost to the coronavirus, parried attacks over his son and proceeded cautiously on immigration.

President Trump and Joseph R. Biden Jr. had a more subdued debate, but split over issues such as the pandemic, race relations and immigration. 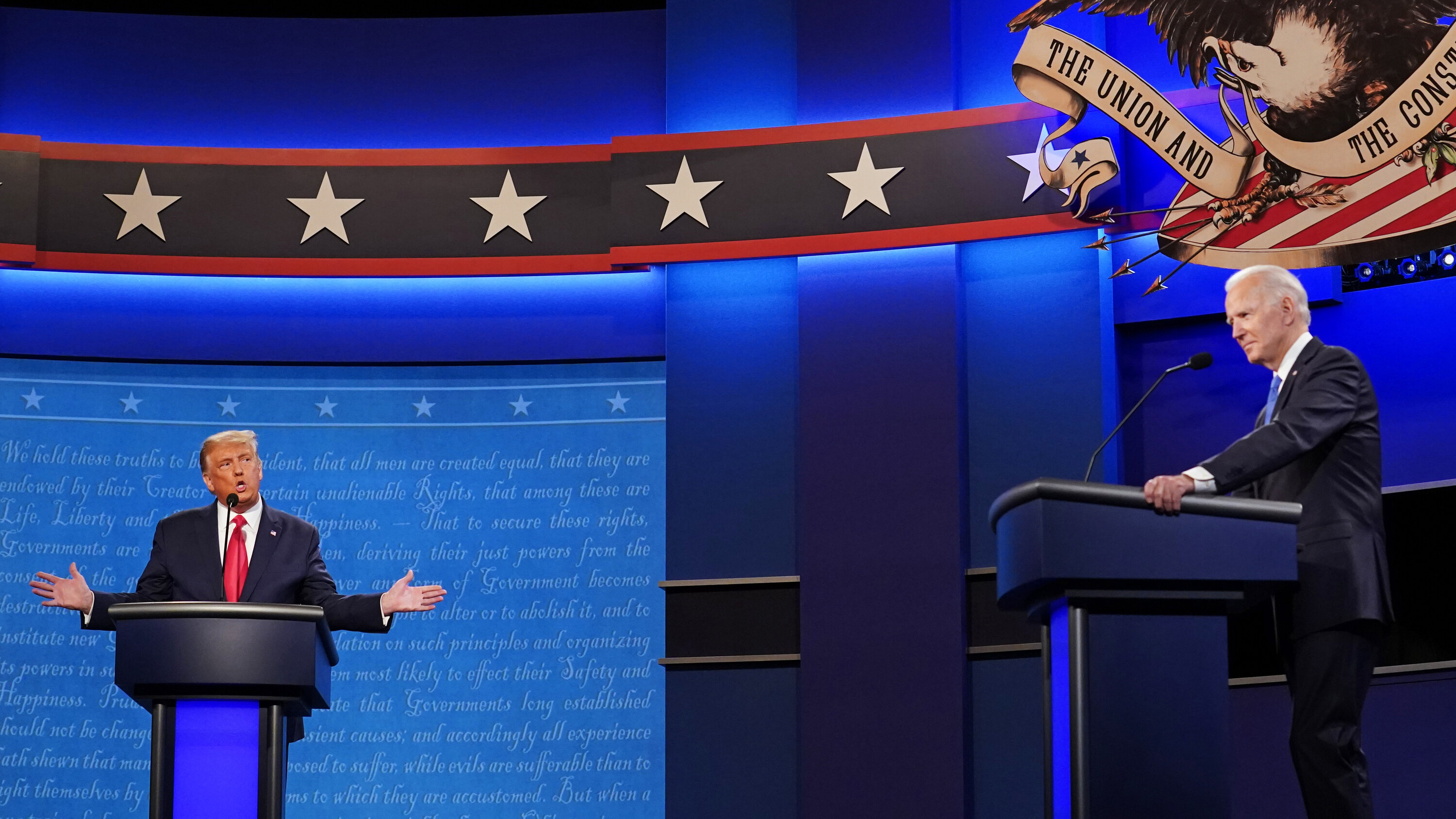 The debate between President Trump and Joseph R. Biden Jr. had its share of sharp clashes on Thursday evening, as the two candidates met for the final time before Election Day.

Mr. Biden, who remains ahead in national and key battleground polling, framed Mr. Trump as a divisive leader who has failed to guide the country through the coronavirus pandemic. The president, who interrupted his opponent much less than during their first debate (partly because of new debate rules), denounced Mr. Biden’s international and domestic record.

Here are four standout moments from Mr. Biden during the debate, which was held at Belmont University in Nashville.

An image of missing loved ones at the dinner table.

‘People Are Learning to Die With It,’ Biden Says of Coronavirus

Joe Biden disputed President Trump’s assertion that “we’re learning to live with” the coronavirus, citing its deadly effects on families.

He says that we’re, you know, we’re “learning to live with it.” People are learning to die with it. You folks home who have an empty chair at the kitchen table this morning. That man or wife going to bed tonight and reaching over to try to touch their — out of habit, where their wife or husband was — is gone. “Learning to live with it?” Come on. We’re dying with it. 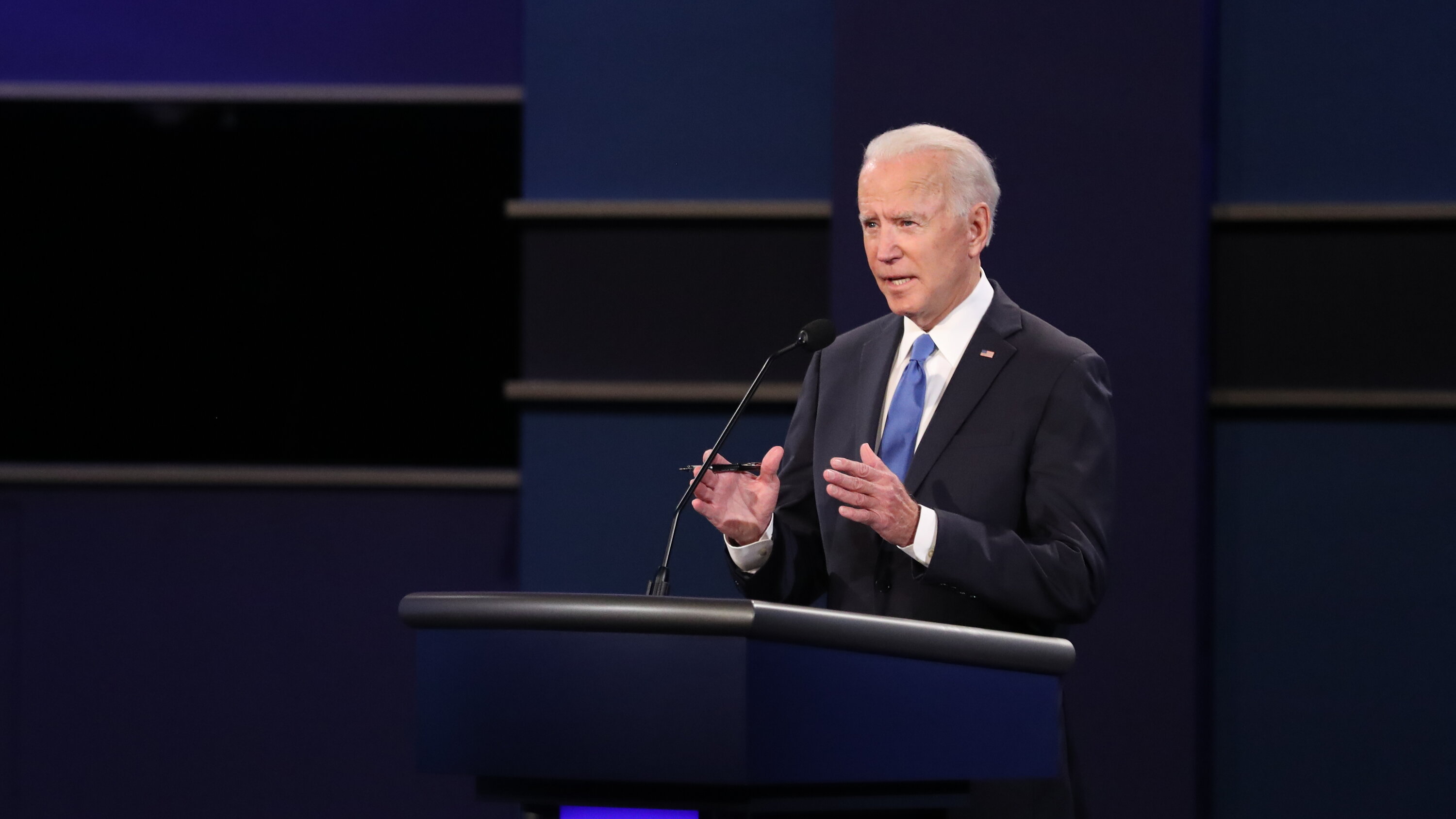 The first question of the debate went to Mr. Trump, asking about his handling of the pandemic. The president, invoking his own diagnosis with the virus and seeking to turn the page away from the topic, said that Americans were “learning to live with” the outbreak and that the “country can’t lock ourselves up in a basement like Joe does.”

Mr. Biden used the moment to do something the president has not: acknowledge the hundreds of thousands in the country who have lost loved ones to the virus. He shot back that Americans are “learning to die with” the virus, and highlighted how families are missing loved ones at the dinner table or in their bedrooms.

The words served a dual political purpose. Mr. Biden wants to center this election on Mr. Trump’s pandemic response, which has earned low marks from both voters and health experts. Mr. Biden has also fashioned himself as a comforter in chief, using moments of grief to highlight his history of family tragedy and connect with voters on a human level.

Attacked by Trump over his son, Biden says, ‘It’s not about his family and my family, it’s about your family.’

‘It’s About Your Family,’ Biden Says

Joe Biden reached out to American families about economic concerns, saying of President Trump, “That’s the last thing he wants to talk about.”

“He doesn’t want to talk about the substantive issues. It’s not about his family and my family. It’s about your family and your family’s hurting badly. If you’re making less than — if you’re a middle class family you’re getting hurt badly right now. You’re sitting at the kitchen table. This morning deciding well, ‘we can’t get new tires, they’re bald because we have to wait another month or so,‘ or ‘are we’re going to be able to pay the mortgage?’ or ‘Who’s going to tell her she can’t go back to community college?’ They’re the decisions you’re making in the middle class families like I grew up in Scranton and Claymont. They’re in trouble. We should be talking about your families. But that’s the last thing he wants to talk about.” 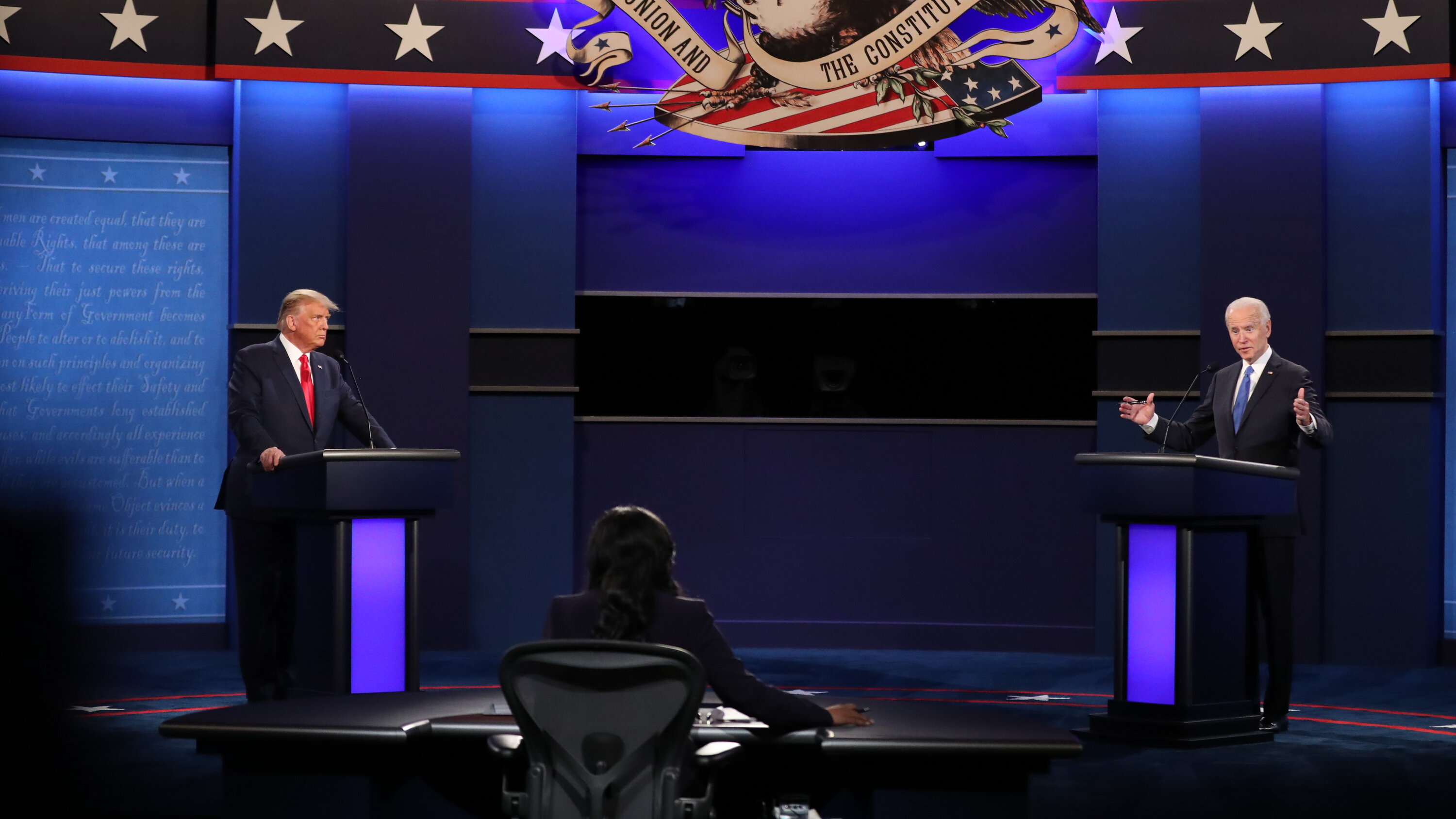 Throughout the week, Mr. Trump’s allies had made clear he intended to attack Mr. Biden over his son’s business dealings, including those in China. Conservative news outlets have zeroed in on that angle as Election Day nears, hoping to cast Mr. Biden and his family as nefarious characters who profited off his political position.

Mr. Biden was ready for the attacks with a two-pronged offensive strategy to throw the onus back on Mr. Trump.

First, he referred to a recent New York Times report showing that Mr. Trump had a previously undisclosed bank account in China, though many other details remain unclear. This allowed Mr. Biden to push back on the notion that he was soft on China in the name of his son, and force the president to answer for various business dealings that he has not clarified to the American people.

Mr. Biden also had a line that seemed to come from debate preparation: “It’s not about his family and my family, it’s about your family. And your family’s hurting badly. If you’re a middle-class family, you’re getting hurt badly right now.”

Mr. Trump immediately mocked him for sounding like a “politician,” but the moment spoke to Mr. Biden’s clear intention to pitch unity against divisiveness. For a long time, American politicians’ children were considered off-limits in attacks from rival candidates. Mr. Biden was speaking to voters who may be uncomfortable with this new political world.

Who built the cages? 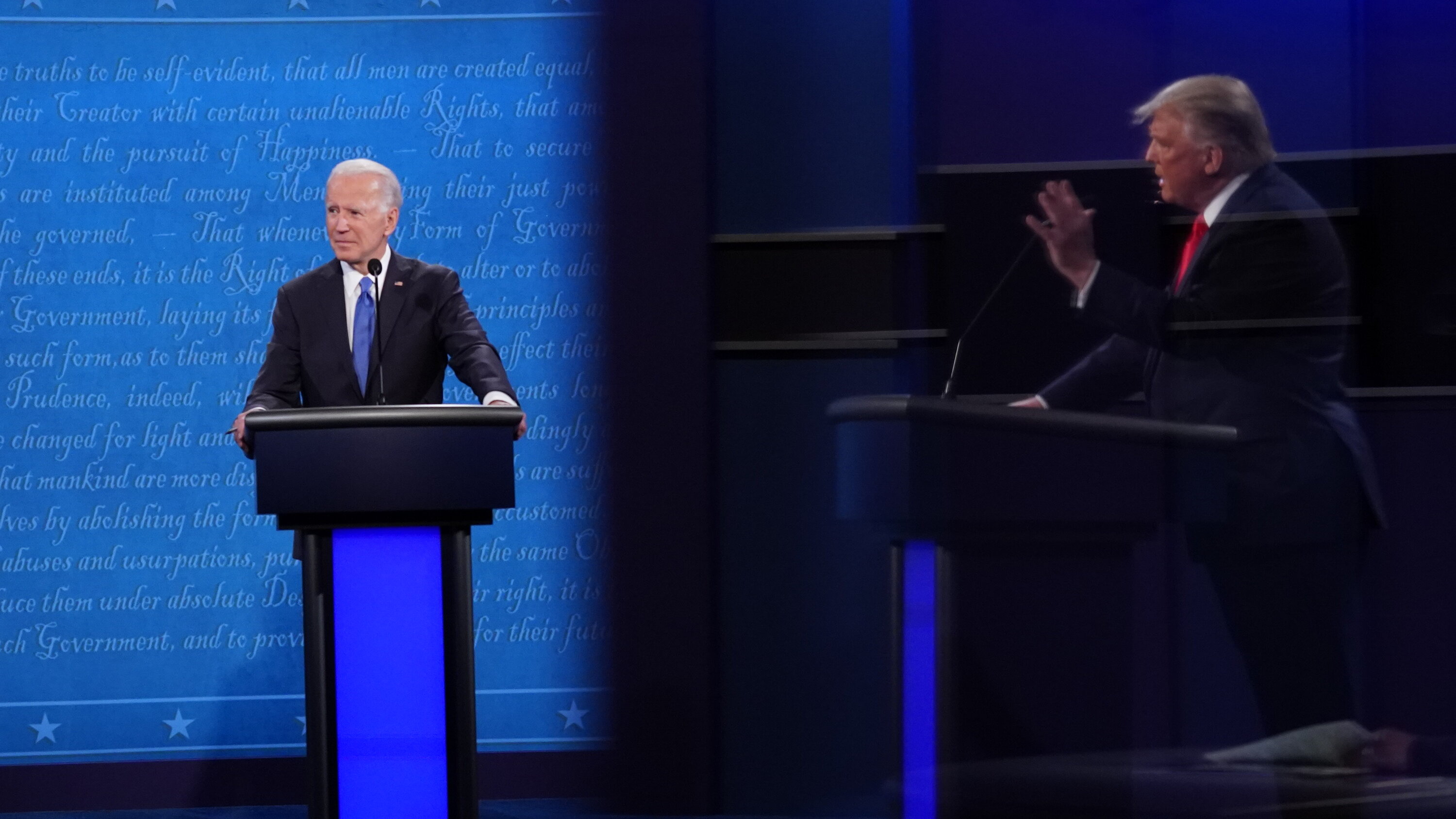 In the Democratic presidential primary, Mr. Biden’s challengers sometimes sought to hit him over President Barack Obama’s handling of immigration. Throughout Mr. Obama’s tenure, when Mr. Biden was vice president, liberal groups criticized the administration over its strict border enforcement and high numbers of deportations.

And as Mr. Trump has defended his controversial child separation policy, he has tried to insulate himself by saying that Mr. Obama made the cages that housed the children taken away from their parents by the Trump administration.

During the immigration section of the debate on Thursday, Mr. Trump repeatedly asked Mr. Biden, “Who built the cages?” Mr. Biden did not respond directly, choosing to focus on the president’s words and actions in the last year.