German officials will head to the US capital this week to discuss the economic and political ramifications of a spat over the £9 billion project. Chancellor Merkel will meet Joe Biden later this month on his first trip to Europe as US President. Ahead of the crunch meeting, a German delegation led by Mrs Merkel’s foreign policy aide Jan Hecker and Lars-Hendrik Roeller, her chief economic adviser, will hold showdown talks with their US counterparts.

They will meet US National Security adviser Jake Sullivan and Trade Representative Katherine Tai, according to a report by the Funke media group.

The mission will be seen as vital in improving relations between the US and Germany after a fractious period under Donald Trump.

The former US President often hit out at Berlin over a range of issues, including trade, defence and energy.

He also threatened sanctions against Europe’s largest economy over its involvement in the Nord Stream 2 pipeline from Russia. 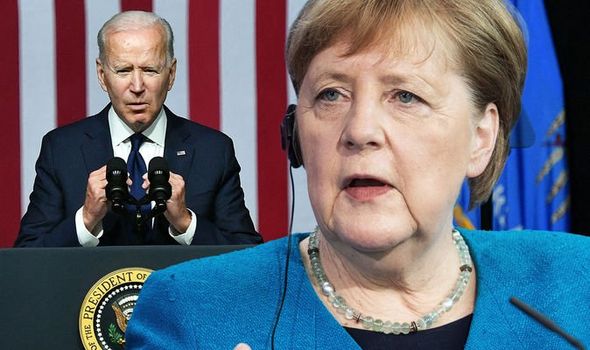 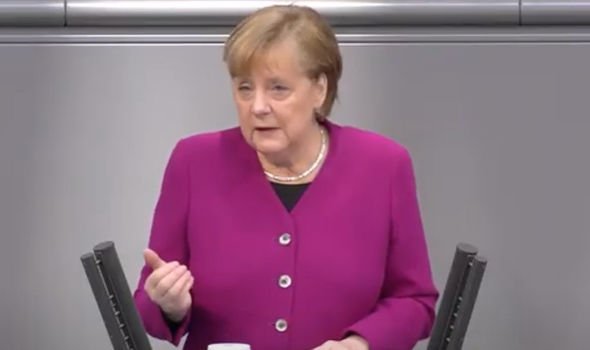 But President Biden has backed down from the threat of immediate sanctions against the project, saying it’s nearly completed and the move would hamper relations between Washington and Europe.

The pipeline has acquired a political significance beyond the 55 billion cub metres of natural gas it would eventually supply to Germany and other European states.

Its opponents claim that it risks destabilising Ukraine and handing Russian President Vladimir Putin great power to toy with Europe by threatening to turn off the taps.

Nord Stream 2 is owned by Gazprom, the Russian state energy firm, as well as being financed by six European energy companies, including Shell and Uniper. 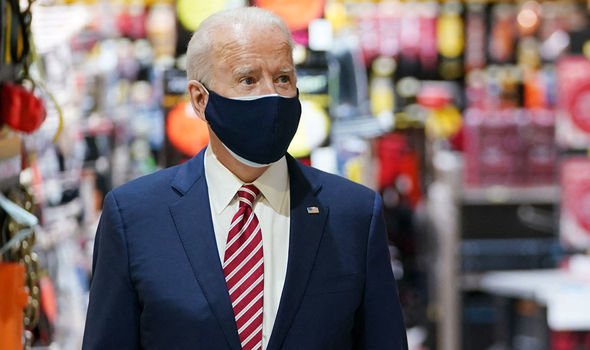 He told reporters: “We have taken note of the decision by Washington and President Biden’s comments on the issue and have made it very clear that we have an interest in seeking a unified path.

“As in the past, we are focusing on dialogue with those responsible in Washington and will continue to do so.” 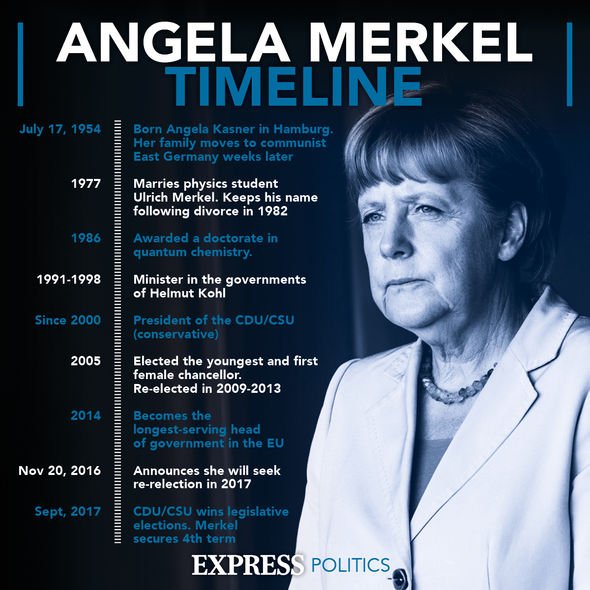 US spying on European officials is likely to also become a hotly contested issue in the talks.

This week, French President Emmanuel Macron urged Washington to clarify reports that American intelligence officers had monitored Mrs Merkel and other EU politicians with the help of Denmark.

The French leader said: “If the information is correct, then that’s unacceptable between allies, and even less so between European allies.

“We expect complete openness and a clarification of the facts from our Danish and America partners.”

Mrs Merkel told reporters that she agreed his Mr Macron’s position after a bilateral meeting between the pair.

Denmark’s state broadcaster DR cited a classified report saying that the Danish Defence Intelligence Service allowed the US National Security Agency to use the country’s internet infrastructure to spy on Mrs Merkel, as well as politicians in France, Sweden and Norway.

On his trip to Europe, President Biden is expected to attend the G7 summit in the UK, take part in a Nato meeting in Brussels and also visit President Putin in Geneva.