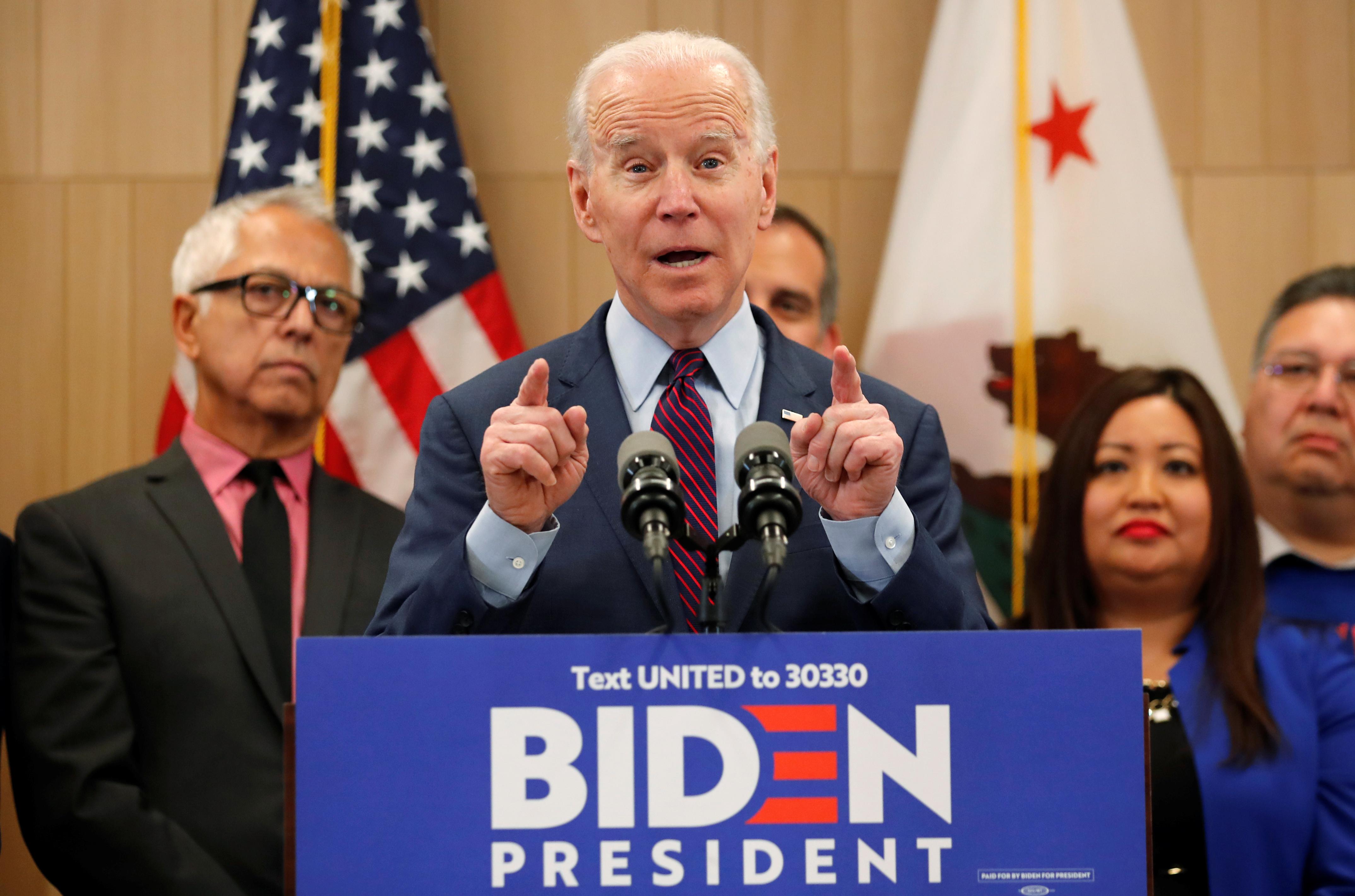 NEW YORK (Reuters) – Just days after Joe Biden’s commanding wins in most of the Super Tuesday primaries, Democrats across the country are again rallying around the former vice president as their best hope for defeating Republican President Donald Trump in November, according to a Reuters/Ipsos national opinion poll.

In the March 4-5 poll, released on Thursday, 55% of registered Democrats and Democratic-leaning independents said they would support Biden for the Democratic nomination if the only other choice was U.S. Senator Bernie Sanders of Vermont. Another 45% said they would vote for Sanders.

Biden is again considered to be the candidate with the best shot at beating Trump. When the poll asked which of the presidential contenders is the most electable, twice as many Democrats picked Biden as those who picked Sanders.

Last week, the poll showed Sanders was considered the most electable candidate.

The results underscore what has been a stunning comeback for Biden, who until just a few weeks ago was failing to impress many Democrats and had lagged behind in both national opinion polls and in the early state nominating contests. After entering the race as its clear front-runner, Biden, 77, struggled to separate himself from a crowded field of mostly younger, more diverse candidates.

His rebound began with a commanding win in Saturday’s South Carolina primary, then with the endorsements of fellow moderate candidates Pete Buttigieg, Amy Klobuchar and Michael Bloomberg after each departed the race. Biden emerged from Super Tuesday with wins in 10 of the 14 state primaries, and he is again the front-runner with the most delegates.

The next Democratic primaries will be held next Tuesday in Idaho, Michigan, Mississippi, Missouri and Washington state. North Dakota will hold caucuses on that day.

The Reuters/Ipsos poll was conducted online in English throughout the United States, and gathered responses from 568 registered Democrats and independents. It has a credibility interval, a measure of precision, of 5 percentage points.