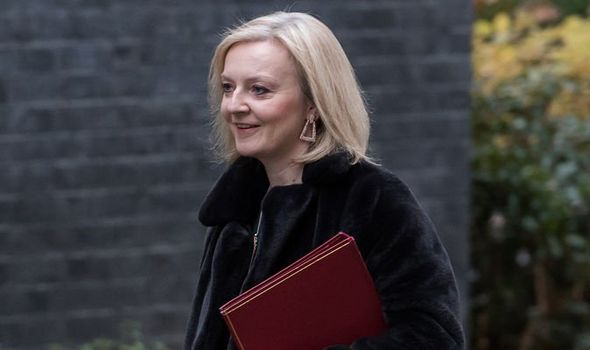 The Foreign Secretary said hostile states are focused on getting one up on their adversaries instead of navel-gazing about past wrongdoing. She said it was “time to be proud of who we are and what we stand for” because Britain is the “greatest country on earth”.

“It’s time to dump the baggage holding us back. Our history ‑ warts and all ‑ makes us what we are today.

“Britain is the greatest country on earth. Whoever you are, wherever you come from, you can achieve your dreams.”

In a speech at the Chatham House think tank Ms Truss set out a vision for Britain’s future foreign policy.

Whitehall sources said the Cabinet minister wanted to set out her driving philosophy, which is based on patriotism, positivity, a belief in Britain and the power of free-market economics to drive global change.

Ms Truss said the free world had “taken its eye off the ball” since the end of the cold war and criticised “fashionable circles” for talking about how the UK should be “ashamed of our history and doubtful about our future”.

She said it was time to “stop fighting about the past” and start focusing on the future.

Britain’s empire was “a fact of our history” and although “egregious things have happened in Britain” there was not “a country in the world you can point to that’s had a perfect history of modern liberalism”.

“So let’s stop fighting about the past, let’s start fighting for the future, because that’s what our adversaries are thinking about,” she added.

“They’re not thinking about what happened in the past in their countries, they’re busy out there with malign information on the internet, or threatening aggression, or using economic coercion to affect their goals.”

Ms Truss said the West must end its “age of introspection” and fight back against hostile states spreading fake news.

“Extremists are perpetuating malign ideologies through social media,” she said. “Autocratic regimes are using this maelstrom of militancy, mistrust and misinformation to gain the upper hand.

“Now is the time for the free world to fight back, and to use the power of economics and technology to promote freedom, not fear.”

Ms Truss, summit of G7 counterparts in Liverpool this weekend, said the UK would use economics and technology as “tools of liberation”.

And she called for like-minded countries to help “build the network of liberty and advance the frontiers of freedom”.