CHARLESTON, S.C. (Reuters) – Democratic presidential candidate Joe Biden won the endorsement of an influential black congressman from South Carolina on Wednesday, which could prove pivotal as he competes with current national front-runner Bernie Sanders for the support of the state’s black voters in Saturday’s primary.

Recent polls show Biden, once the leading candidate in the race to be the Democratic nominee in November, losing ground nationally with black voters to the surging Vermont senator.

Congressman James Clyburn’s endorsement carries weight in a state where African Americans make up about 60% of the Democratic electorate and where Biden is counting on a good showing after a fourth-place finish in Iowa, fifth place in New Hampshire and second in Nevada.

Sanders, a democratic socialist, has taken command of the Democratic race after his resounding win last week in Nevada. Three days after South Carolina’s primary, voters in 14 states will go to the polls for the vital Super Tuesday contests.

At an event in North Charleston on Wednesday, Sanders touted his momentum and went after Biden by name, saying he would not be able to generate the turnout needed to defeat Republican President Donald Trump on Nov. 3.

“We have come a long, long way,” Sanders said of his position in the top two of the state’s most recent opinion polls, along with Biden.

Endorsing Biden at a news conference, Clyburn, the highest-ranking black lawmaker in the U.S. Congress, said he could “think of no-one with the type of integrity, no-one more committed to the fundamental principles to make this country what it is than my good friend.” 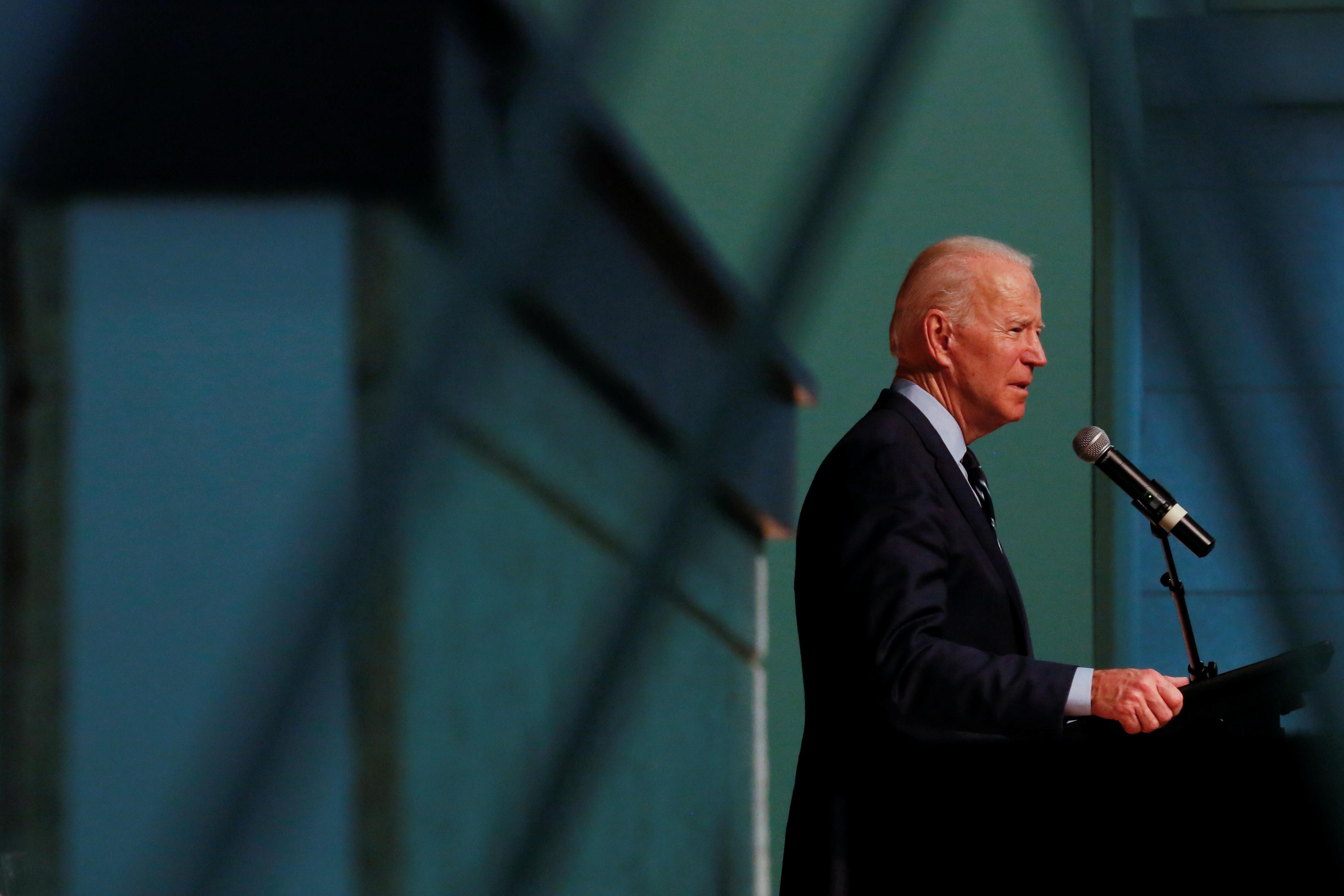 Biden responded: “I’m here, heart and soul, with everything I’ve got to earn the support of the people of South Carolina. Nothing is expected or guaranteed.”

Most of the Democratic candidates kicked off Wednesday with speeches at a breakfast in South Carolina hosted by the National Action Network, founded by civil rights leader Al Sharpton. The event focused on mobilizing black churches to get out the vote.

The candidates acknowledged the sharp jabs they threw at each other hours earlier – in Tuesday’s debate they repeatedly attacked Sanders as a risky choice to lead the party in November – but pledged to eventually unify behind one candidate.

Pete Buttigieg, the moderate former mayor of South Bend, Indiana, criticized Sanders during the debate for the changing estimates on the costs of his proposals such as government-run healthcare.

Sharpton, in introducing Sanders at the breakfast, urged the crowd not to get caught up in the socialist branding, noting that the tag has been used in the past to discredit leaders of movements. 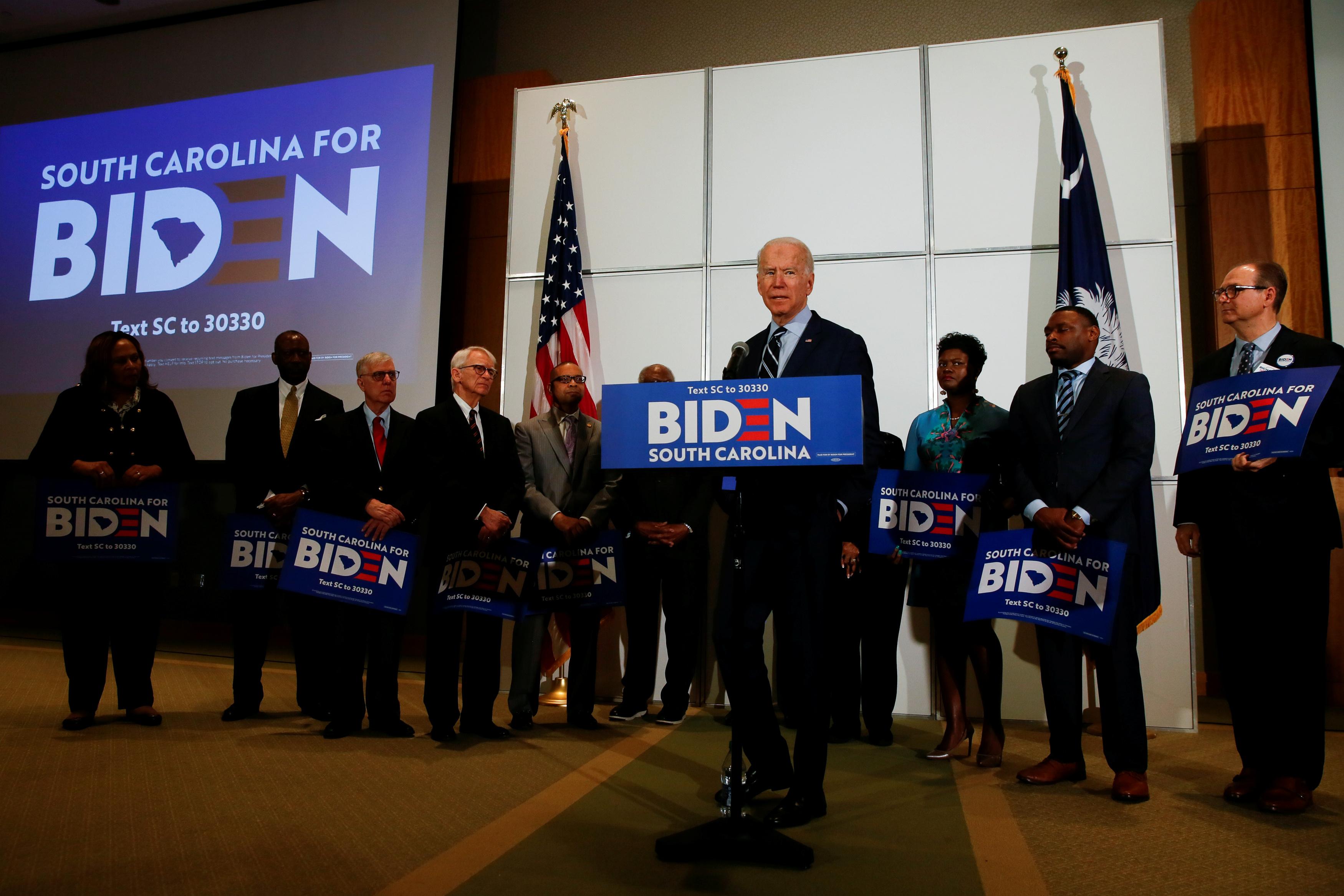 “Socialism, capitalism, it all has not worked out for black folks,” Sharpton said. “If socialism is on your mind, read about what they said about Martin Luther King Jr. and others.”

Senator Elizabeth Warren of Massachusetts has also sought to differentiate herself from her friend and progressive ally Sanders. She campaigned at the historically black South Carolina State University on Wednesday hoping that strong back-to-back debate performances would give her a boost after disappointing finishes in the first three states.

“I’m the woman who’s going to beat Donald Trump,” she said, before listing policies that would combat racial inequities such as fighting voter disenfranchisement, funding historically black colleges and ending the criminalization of marijuana.