The U.S. senator from New Jersey, who ended his own White House bid in January, wrote on Twitter that Biden would “restore honor to the Oval Office.”

Booker’s endorsement – one day after another onetime candidate, Senator Kamala Harris of California also backed the former vice president – means Biden has picked up the backing of two black former presidential contenders as he seeks the party’s nomination to take on Republican President Donald Trump this fall.

Biden over the past nine days has powered to the front of the contest for the Democratic nomination. A wave of endorsements by his former rivals has made him the clear standard-bearer for the Democratic Party’s moderate wing, while Sanders represents the party’s more liberal elements.

Booker and Harris were planning to campaign with Biden on Monday in Michigan, the biggest prize in Tuesday’s voting. A win in the Midwestern “rust belt” state could give Biden an insurmountable lead in the number of delegates needed to win the nomination at the party’s July convention.

Sanders, a U.S. senator from Vermont, may need a victory in Michigan to recapture momentum after Biden showed surprising strength in last week’s Super Tuesday contests.

An opinion poll from the Detroit Free Press published on Monday found Biden holding a 24-percentage-point lead over Sanders among Democratic voters in Michigan.

Sanders will hold a rally on Monday in St. Louis in Missouri, which along with Michigan, Mississippi, Washington state, Idaho and North Dakota, will hold contests on Tuesday.

Sanders will then return to Michigan, where he is due to join a roundtable on the coronavirus in Detroit. Michigan officials on Friday said they would take steps including having clerks repeatedly sanitize voting booths to alleviate risks of infection spreading at polling places.

Washington state, which has seen the largest U.S. cluster of coronavirus, conducts its primary election by mail.

Biden will make stops in the Michigan cities of Grand Rapids and Flint before holding a rally alongside Harris and Booker in Detroit, where the majority of the population is African-American.

The event will give Biden an enviable visual on the eve of an election for the second straight week. Biden appeared with former rivals Pete Buttigieg, Amy Klobuchar and Beto O’Rourke just hours before polls opened last week.

One of the most talked-about moments of Harris’ campaign was her blistering June debate attack on Biden. She called his remarks about working with segregationist senators hurtful and questioned Biden’s 1970s opposition to school busing. 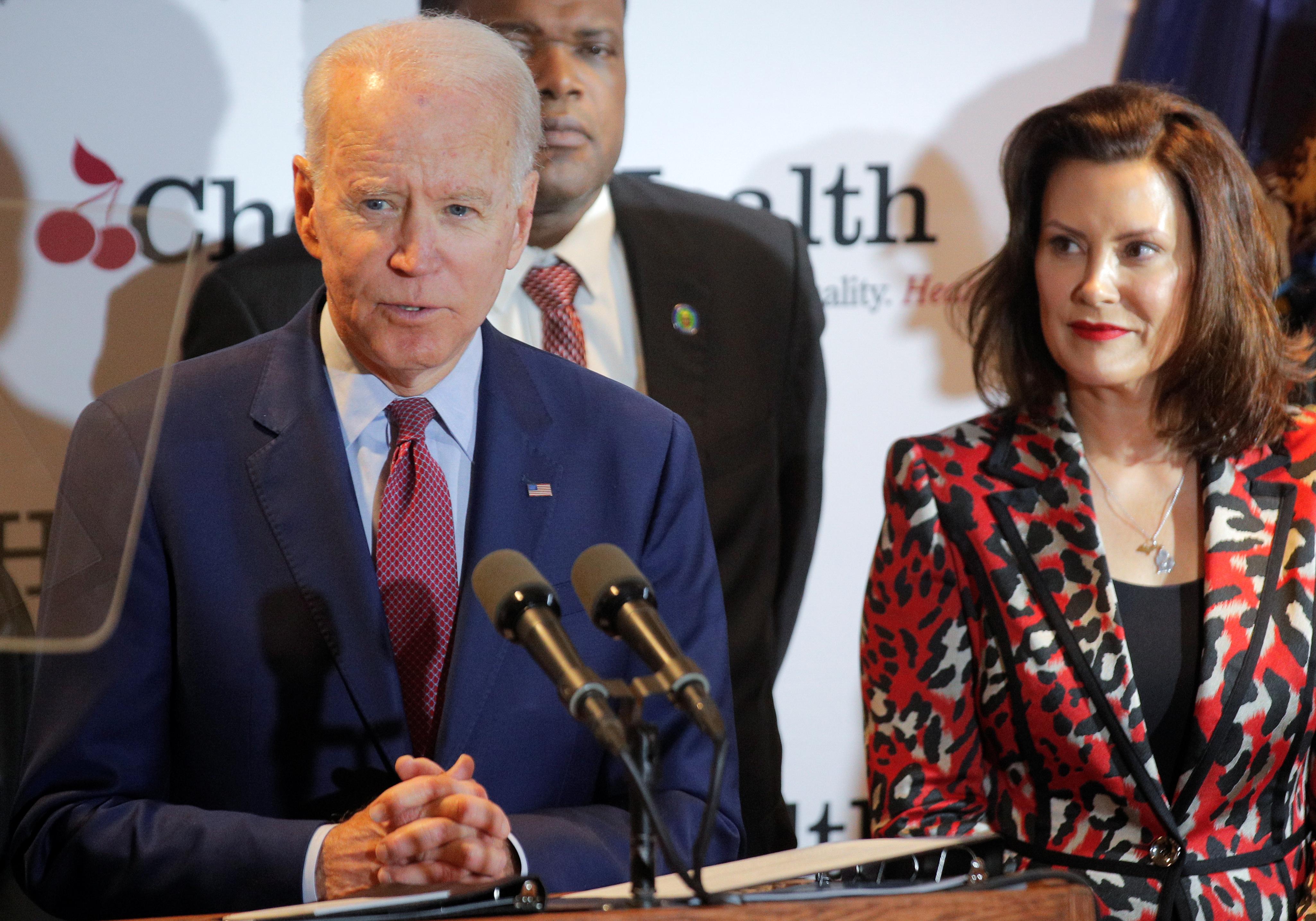 Still, black voters have backed Biden overwhelmingly, and propelled him to big victories in South Carolina on Feb. 29 and on Super Tuesday. They will be crucial in Michigan, where they comprise almost 14% of the population.

Billionaire Michael Bloomberg, who ended his presidential run last week and endorsed Biden, has given $2 million to The Collective PAC, which works to elect black candidates. The money will help fund voter registration drives in eight Midwestern and Southern states, including Michigan, Texas, Florida and Wisconsin.

Sanders, who drew huge crowds to weekend campaign events across Michigan state, scored a surprise upset in the state four years ago in the Democratic primary against eventual nominee Hillary Clinton. Clinton would later lose the historically Democratic state by a narrow margin to Trump.

But Sanders still lags well behind Biden among black voters.

On Sunday, he sought to close that gap with an endorsement from the Reverend Jesse Jackson. Jackson said the senator’s progressive agenda offered black Americans the best chance to catch up socially and economically.

He also picked up on Monday the endorsement of the liberal Working Families Party, which had previously backed Senator Elizabeth Warren. Warren, who dropped out last week, has not yet made an endorsement.

“We were lucky to have two progressive giants in this race,” the party wrote on Twitter. “But with the field narrowing, we believe the choice for working families is clear.”

Justice Democrats, another liberal group that had remained neutral, endorsed Sanders on Sunday. The Progressive Change Campaign Committee, which has supported Warren for years, has encouraged Michigan residents to vote for Sanders but has not formally endorsed him. 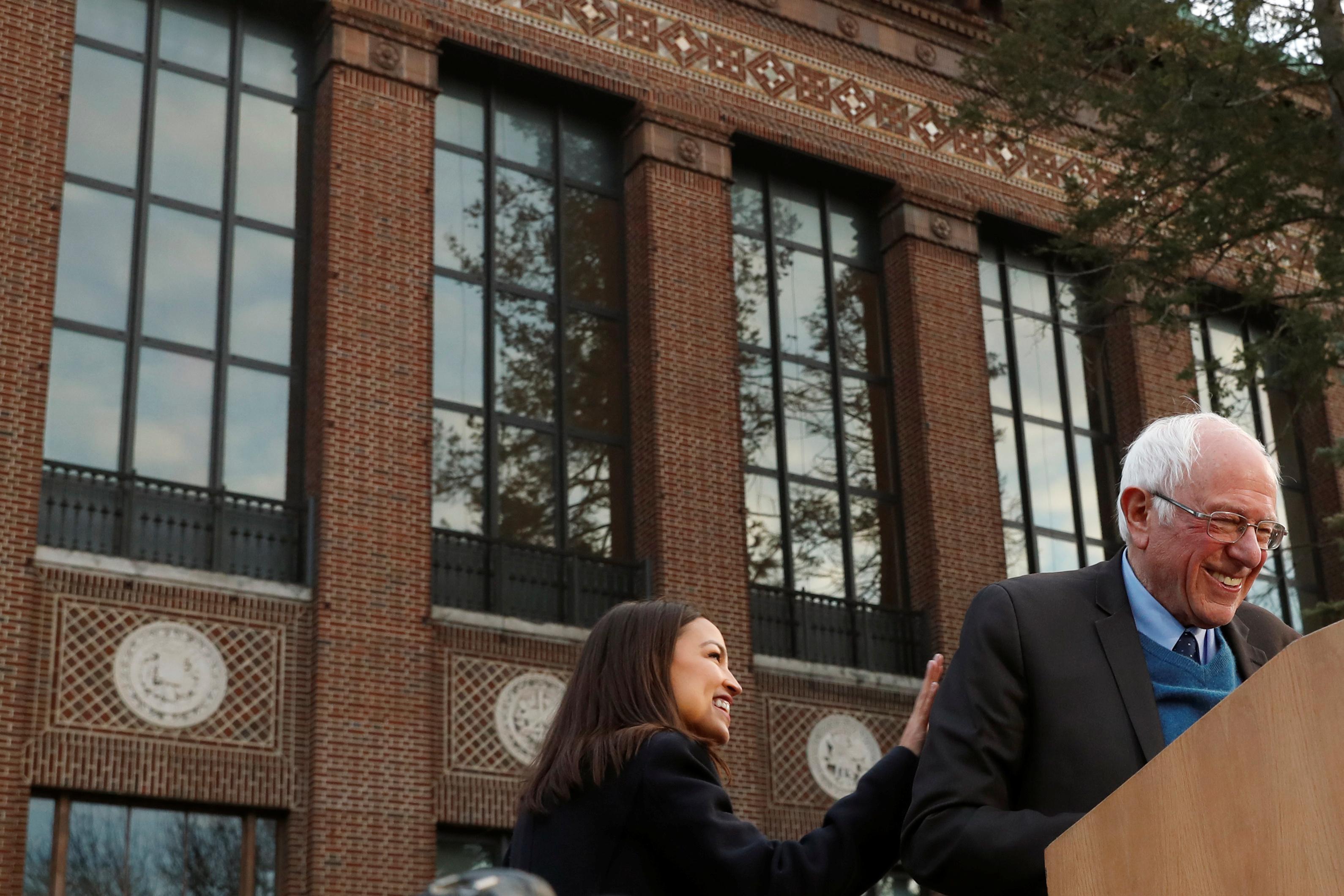 Meanwhile, Biden collected the backing of the International Association of Machinists and Aerospace Workers union, which represents nearly 600,000 active and retired members in North America.