The announcement, expected on Thursday, is also set to include social distancing, masking and restrictions on travel for the unvaccinated. 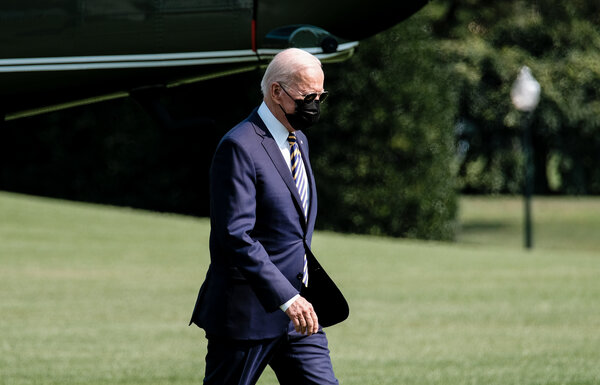 WASHINGTON — President Biden will formally announce on Thursday that all civilian federal employees must be vaccinated against the coronavirus or be forced to submit to regular testing, social distancing, mask requirements and restrictions on most travel, two people familiar with the president’s plans said on Wednesday.

White House officials said the administration was still reviewing details of the policy, which the president is expected to announce in a speech from the White House. In a statement on Tuesday, Mr. Biden said his remarks would reveal “the next steps in our effort to get more Americans vaccinated.”

The president’s move is expected to be similar to an announcement on Wednesday by Gov. Andrew M. Cuomo of New York, who said tens of thousands of state employees would be required to show proof of vaccination or submit to weekly testing. Mr. Cuomo also said that “patient facing” health care workers at state-run hospitals would be required to be vaccinated as a condition of their employment.

Other governments around the country are beginning to put in place similar arrangements as well, as the highly contagious Delta variant has caused cases to balloon in recent weeks. New York City announced this week that it would require all 300,000 city employees to be vaccinated or submit to weekly testing. California also unveiled a plan to require vaccinations for state employees.

The federal plan is not expected to force employees to get a shot unless they work directly with patients at hospitals run by the Veterans Affairs Department. But public health officials are hoping that the prospect of extra burdens for the unvaccinated will help persuade more people to get one.