WASHINGTON (Reuters) – Most of the fire at the Democratic presidential debate in Nevada on Wednesday was aimed at the newcomer on the stage, former New York Mayor Michael Bloomberg. 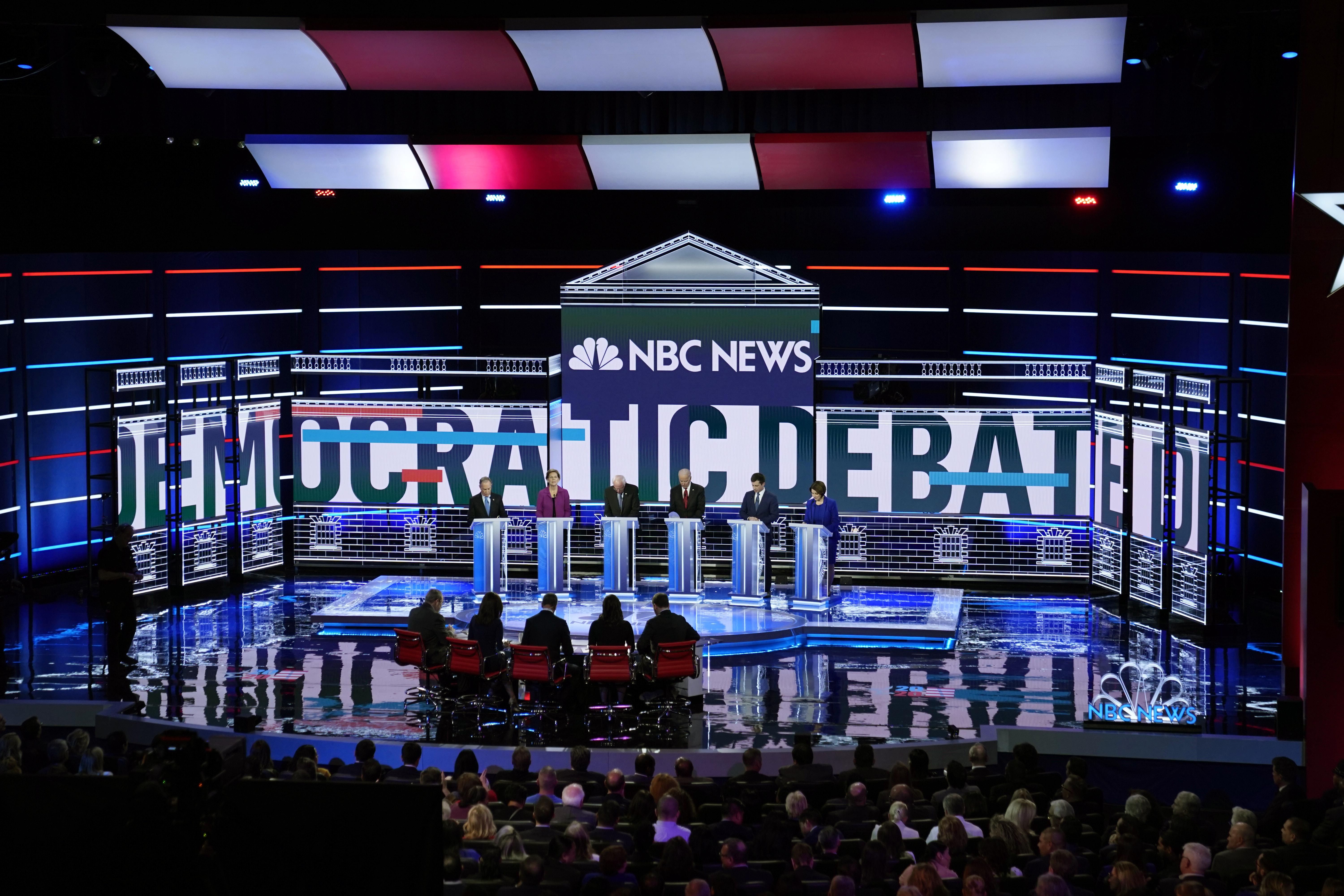 When it was over, his uninspiring performance may have given a lifeline to some of his rivals for the nomination to face President Donald Trump in November.

Here’s a look at how the candidates fared:

It was as if the billionaire businessman bought a restaurant only to find that he was on the menu. After spending more than $300 million of his fortune on a massive ad campaign that boosted his poll numbers and landed him on the debate stage, he was torched from every angle.

Bloomberg was forced to defend, among other things, his massive wealth, New York’s “stop-and-frisk” policing program and the treatment of women at his media company. He was even booed at one point by the Democrat-friendly crowd in Las Vegas. At times he seemed distant and disinterested, speaking in bland technocratic assertions.

His best moments came when he was talking about building his company and positioning himself as an ardent defender of capitalism. But those episodes were few.

The test ahead for Bloomberg: Can his overwhelming financial might overcome what is certain to be a parade of bad reviews and the end of talk, for now at least, that he could emerge as the strongest moderate alternative to Bernie Sanders?

Sanders, like most on stage, was unusually aggressive, blasting not only Bloomberg, but also Pete Buttigieg, the former South Bend, Indiana, mayor. As the current front-runner and the favorite to win the Nevada caucuses on Saturday, Sanders also faced some incoming.

Bloomberg charged that the senator from Vermont is unelectable, while Buttigieg forced him on the defensive about a Nevada culinary union that has criticized his healthcare plan. Sanders also had to address the abusive conduct by some of his online supporters, a faction he described as tiny and inconsequential.

The progressive Sanders likely came out the winner on Wednesday, as the moderate lane of the party appeared no closer to finding a challenger to take him on.

The senator from Massachusetts, who critiqued herself after the New Hampshire debate for being too passive, pulled no punches on Wednesday.

She prosecuted Bloomberg for his record with women and for his views on the financial crisis. She slammed Amy Klobuchar for her healthcare plan in a way the Minnesota senator seemed to take personally. She even bashed longtime ally Sanders over divisive campaign tactics.

Her sharp criticisms at times drew gasps from the audience.

Bloomberg’s presence on stage seemed to give Warren’s flagging campaign something it needed: a true foil. After disappointing finishes in Iowa and New Hampshire, the question remains to be seen if her numbers will turn around as a consequence.

With talk of his momentum slowing after Iowa and New Hampshire, Buttigieg fought to stay in the game by positioning himself as the reasonable alternative to Sanders, the Democratic socialist, and Bloomberg, the billionaire. “Turning to someone like Mayor Bloomberg who thinks he can buy this election is no better a way to succeed than turning to somebody like Senator Sanders who wants to burn the house down,” Buttigieg said.

Buttigieg largely held his own in an intense back-and-forth with Sanders. But squabbles with Klobuchar threatened to diminish both of their candidacies.

Bloomberg’s struggles, however, may have extended the shelf life of Buttigieg’s campaign heading into Super Tuesday on March 3.

In the most contentious Democratic debate yet, the former vice president’s rivals didn’t bother to give him oxygen by attacking him. “Can I get a chance to say something?” Biden yelled at one point.

But Biden, too, was bolstered by the presence of 78-year-old Bloomberg, whose often sleepy countenance made the 77-year-old seem sprightly by comparison. Biden, who has been sinking in opinion polls, now may receive another look from moderates who had begun gravitating to Bloomberg and writing him off.

For Biden, it could not come at a better time. He needs strong showings in Nevada and next week in South Carolina to salvage his presidential bid. 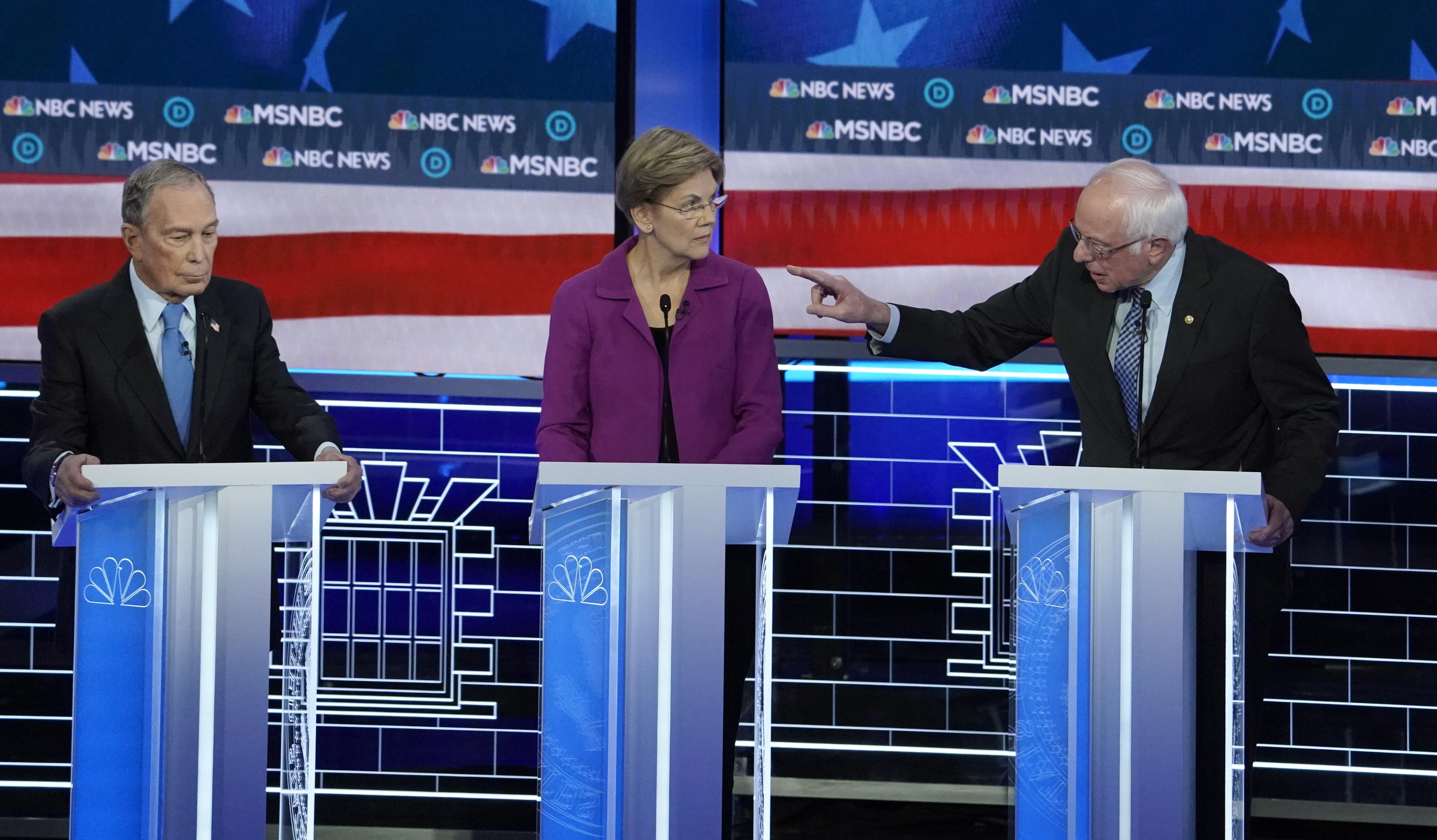 After peaking in New Hampshire, Klobuchar seemed to crash to earth on Wednesday.

When pressed by a debate moderator about why she forgot the name of the president of Mexico in a recent interview, the candidate dismissively likened the question to being on a game show. She feuded with Buttigieg all night in a way that sometimes seemed petty.

Klobuchar did have one shining moment at Bloomberg’s expense. She said she was not going to “wait my turn and step aside” for him, arguing that America does not “need someone richer in the White House” than Trump.