At the 2016 referendum, Liz Truss voted to remain in the EU while fellow Tory leadership favourites Rishi Sunak and Penny Mordaunt supported leaving the block. Yet in a strange turn of events, it is now the Foreign Secretary most trusted by Brexiteers to deliver on their vision of freedom from Brussels, while her colleagues are feared to be a soft touch.

And given Brexit played a huge part in the Conservatives’ victory in the last general election, it may come as a shock that Ms Truss’s campaign is at risk of derailing.

In the two rounds of voting among Tory MPs so far, Mr Suank and Ms Mordaunt have come first and second both times.

Today, Mr Sunak picked up 101 votes and Ms Mordaunt 83, while Ms Truss trailed behind in third on just 64.

The is real momentum with the campaigns of the first two, while the South West Norfolk MP struggles to keep up with the pace. 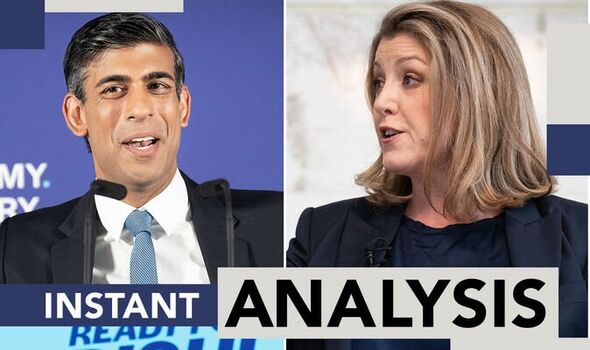 Ms Truss has to date suffered from a fracturing of the Brexiteer vote, with outsider candidates Suella Braverman and Kemi Badenoch also picking up a number of eurosceptic backers.

It has helped to clear the path for Mr Sunak and Ms Mordaunt to make it into the final ballot when the wider membership vote on their preference out of the two candidates with the most support from MPs.

A quick look at the stats of who is publicly backing who makes it clear that Conservative MPs who backed remaining in the EU are without a doubt putting their faith in the former Chancellor.

Only about 30 percent of Mr Sunak’s supporters backed Brexit in 2016.

On the current trajectory, it looks like it will be Remainers most happy with who makes it into the final vote. 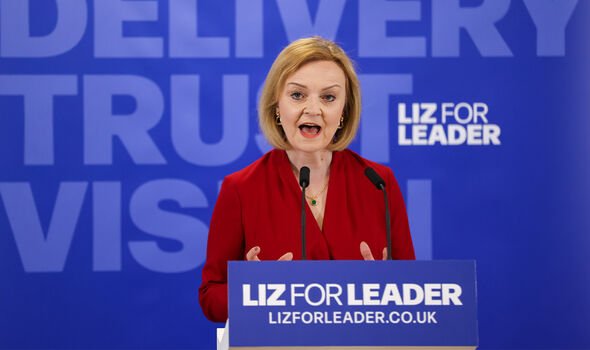 There was a clear difference between hardline Mr Johnson and softy Jeremy Hunt last time around.

This time, two of the softer Brexit candidates could be in the final.

Many Leavers will be disappointed, while Remains will be delighted.