They agreed to step up preparations for ­a post-Brexit trade deal between the ­UK and US. And both leaders played down reports of a diplomatic rift over the impact of Brexit on Northern Ireland. Officials insisted there was “complete ­harmony” between them on the issue. Mr Johnson was full of praise after their 80-minute discussion in Cornwall. He said: “The talks were very good. It’s wonderful to listen to the Biden administration and Joe Biden because there’s so much that they want to do together with us – on security, on Nato, to climate change.

“It’s fantastic, it’s a breath of fresh air. There is no question that, under President Biden, there is a massive amount that the new US administration wants to do together with the UK on everything from security, projecting our values around the world together, but also on climate change.

The two leaders bumped elbows and joked ahead of their talks, which had to be shifted to the Carbis Bay G7 Summit venue after a visit to nearby tidal island St Michael’s Mount was cancelled due to heavy mists.

Their talks touched on the response to ­the global pandemic and foreign policy issues including Afghanistan, China, Iran ­and Russia. 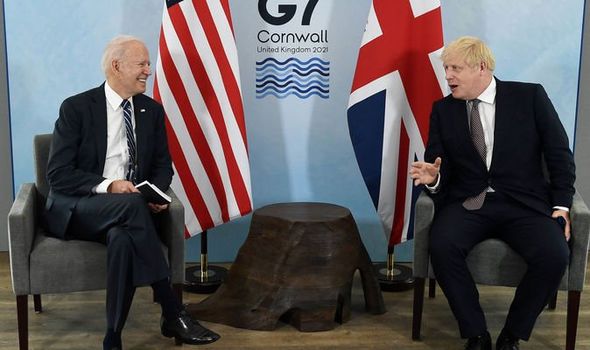 Both leaders agreed to speed up work on reopening transatlantic travel as well as the post-Brexit trade negotiations.

They also agreed a new “Atlantic Charter” setting out ambitious global goals in an echo of the historic Second World War accord signed by Winston Churchill and President Franklin D Roosevelt.

Mr Johnson and Mr Biden inspected the original Atlantic Charter and other documents from the Churchill Archive yesterday.

A Downing Street spokesman said: “The Prime Minister and President concurred that the revitalised Atlantic Charter published today was a fitting testament to the sheer breadth and depth of the cooperation between our countries.

“They resolved to take this cooperation further by expanding trade and progression towards a future UK-US Free Trade Agreement, a deal which would create jobs and bring new opportunities to both of our countries.

“Noting the importance of not just the commercial but the human links between the UK and US, they also agreed to work ­to reopen travel and to continue to share information that will help defeat the spread of coronavirus in our countries and internationally. 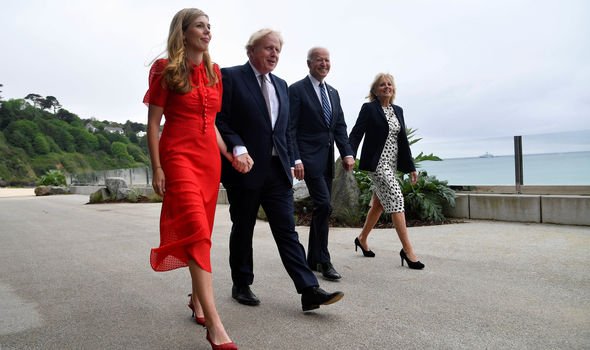 “The Prime Minister and President discussed the importance of the relationship between the UK and the US for protecting our people, boosting prosperity in both our countries and promoting our values around the world.”

Officials insisted the pair were in full agreement about the need to resolve the row between the UK and the EU about the implementation of post-Brexit trade rules in Northern Ireland. The spokesman added: “The Prime Minister and President both reaffirmed their commitment to the Belfast [Good Friday] Agreement and to protecting the gains of the peace process.

“The leaders agreed that both the EU and the UK had a responsibility to work together and to find pragmatic solutions to allow unencumbered trade between Northern Ireland, Great Britain and the Republic of Ireland.

“The Prime Minister outlined his ambitions to further expand opportunities for all the people in Northern Ireland and hoped that the US would continue to work with ­
the UK to boost prosperity there.”

Mr Johnson’s spokesman refused to discuss reports that a US diplomat delivered an official rebuke to the UK Government over the issue.

Following the meeting, Mr Johnson said: “One thing we all want to do is uphold the Belfast Good Friday Agreement and make sure we keep the balance of the peace ­process going. That’s absolutely common ground and I’m optimistic.”

Mr Biden’s unease about the UK’s approach to Northern Ireland trade rules was revealed in a leaked memo which showed the President ordered his most ­senior diplomat in London, Yael Lempert, to deliver a formal protest in a meeting with Brexit minister Lord Frost last week.

The US official indicated that if Mr Johnson accepted demands to follow EU rules on agricultural standards, Mr Biden would ensure it would not “negatively affect the chances of reaching a US/UK free ­trade deal”.

Downing Street did not deny that the encounter took place.

A No 10 spokesman said: “I don’t think you would expect me to get into discussions with other countries.”

During their talks, Mr Johnson also invited President Biden back to the UK for the Cop 26 Summit on the environment in Glasgow later this year.

Mr Johnson also raised the issue of Harry Dunn, the teenager killed in a collision with a vehicle allegedly driven by a US ­intelligence agent in the UK two years ago. A Downing Street spokesman said: “The PM raised the tragic Harry Dunn case with President Biden and reiterated that the UK wants to see justice done for the family.”

Meanwhile, a hotel in Cornwall reportedly hosting media and security staff for the G7 Summit has closed following a ­coronavirus outbreak.

The website for the Pedn Olva hotel in St Ives said it has temporarily shut and directed inquiries to its owners, St Austell Brewery. 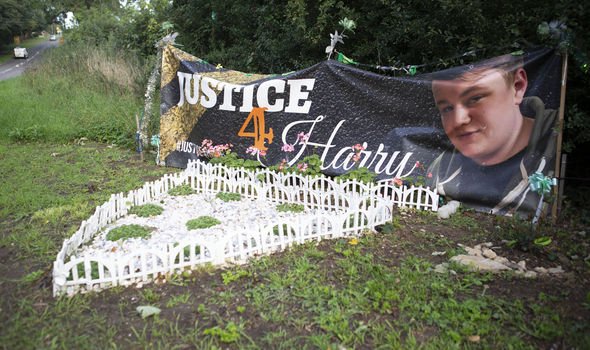 The hotel said a number of staff had been affected and that it would close for deep cleaning after talks with health officials. The President was making his first ­overseas visit since entering the White House.

To celebrate the occasion, Mr Johnson ­presented Mr Biden with a photo ­of an ­anti-slavery campaigner to mark the pair’s first meeting.

The PM gave Mr Biden a framed photograph of a mural of Frederick Douglass, a former slave who became a leading figure in the 19th century abolitionist movement in the US. Douglass travelled to Britain in the 1840s on a speaking tour.

The image, with painting by Ross Blair, is part of a mural trail around Edinburgh.

The photograph was taken by Melissa Highton – a UK-US dual national.

The legendary author lived in the county and drew inspiration for many of her works from the surroundings.

The eyes of the world were on Cornwall yesterday as the world leaders arrived, including Canadian Prime Minister Justin Trudeau.