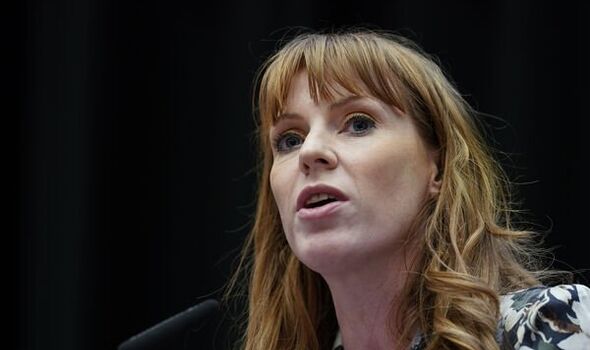 The Prime Minister said claims that the opposition frontbencher tries to distract him in the Commons by crossing and uncrossing her legs were “sexist tripe”.

Mr Johnson made contact with Ms Rayner, and they swapped “friendly” messages, after a Sunday newspaper reported the “appalling” claims – credited to an anonymous Tory MP.

The Prime Minister said: “I thought it was the most appalling load of sexist, misogynist tripe. I immediately got in touch with Angela and we had a very friendly exchange.”

In a reference to Shakespeare’s King Lear, he threatened to take action against the source said to be responsible for the comments if they were identified: “If we ever find who is responsible for it, I don’t know what we will do but they will be the terrors of the earth.”

He added: “It’s totally intolerable, that kind of thing.”

The Mail on Sunday article sparked a backlash within Westminster and beyond, with press regulator Ipso receiving some 5,500 complaints.

The newspaper had said that a Conservative MP claimed: “She knows she can’t compete with Boris’s Oxford Union debating training, but she has other skills which he lacks.’

Sir Lindsay Hoyle, Speaker of the Commons, called the comments “demeaning” and “offensive to women in Parliament”. He added that they could “only deter women who might be considering standing for election to the detriment of us all”.

But he sparked concerns over press freedom when he announced in the chamber that he was hauling in the Mail on Sunday editor David Dillon and the newspaper’s political editor Glen Owen over the story.

Downing Street officials said that was a “matter for the Speaker” but noted that “he talks about protecting media freedom, which is something the Prime Minister is very passionate about”.

Labour’s Harriet Harman, the longest-serving female MP, called for a change to the Commons rules to make misogynistic, homophobic and racist briefings a breach of the

MPs’ own code of conduct. Ms Harman continued: “Sexist briefings designed to undermine them is an age-old way of trying to shut women up.”

Technology minister Chris Philp said the MP responsible for the comments would face “serious consequences” if they were ever identified.

Labour leader Sir Keir Starmer said the story was “rank sexism, rank misogyny. Was really disgusted that all of her political attributes were put aside for this ridiculous, offensive story.

“Almost every woman in politics has had an element of this in some shape or form.”

Sir Keir added: “We have got to change the culture, the culture in Parliament. It is sexist, it is misogynist. We need to change it.”