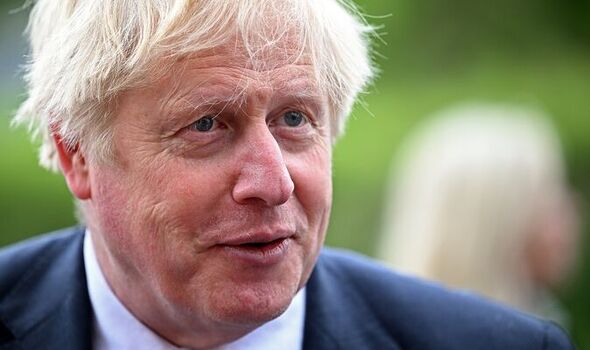 The Prime Minister is under pressure to take more cash off oil and gas companies as customers struggle to pay their bills. BP Chief Executive Bernard Looney said his firm’s investment plans would not be affected by a windfall tax. Mr Johnson responded to the energy chief’s pledge by saying: “Well, you know, then we’ll have to look it.” But he made clear he lacks enthusiasm for such a move, despite energy firms racking in billions in profit this year.

Labour, the Lib Dems and SNP have all called for a levy to fund tax cuts and benefit increases.

However the Prime Minister told LBC radio station: “The disadvantage with those sorts of taxes is that they deter investment in the very things that they need to be investing in – new technology, in new ‘These firms make energy supply.

“I don’t like them. I didn’t think they’re the right thing.

I want those companies to make big, big investments.”

Chancellor Rishi Sunak said a windfall tax is not his preferred option but he is “pragmatic” about the idea.

He went on: “But what I do know is that these companies are making a significant amount of profit at the moment because of these very elevated prices.

Brexit Opportunities Minister Jacob Rees-Mogg said companies are not a “honeypot that you can just draw money from”.

He added: “There is a feeling that taxing corporations is a free hit, but corporations have no money beyond individuals.”