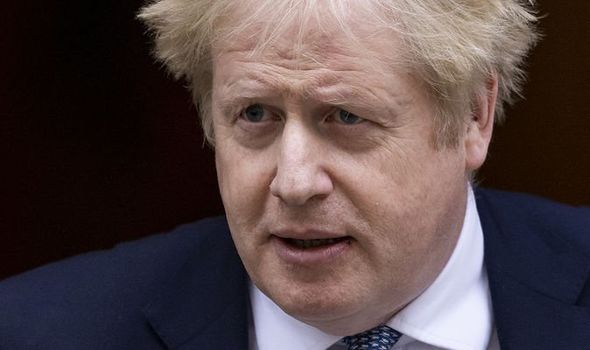 The grandee and former party leader said he wanted senior figures to give the Prime Minister time to sort out “the big, big crises that are hitting the Government”.

IDS, who led the party from 2001 to 2003, said yesterday: “If there are certain individuals who think they have a right to have a claim on that title of Prime Minister, well, fine.

“Ambition is a thing which exists in all of us.

“But it’s ambition at the right time. And I would say to people, temper your ambition.”

Asked if he thought Mr Johnson would lead the Tories into the next election, Sir Iain said: “I do at the moment. The Prime Minister is the one who has to sort this out.The public will expect that of him.”

He added: “I am not particularly in favour of plunging us into the mess of votes of no confidence, followed by leadership elections.”

One Cabinet member has called for Mr Johnson to sack Mr Sunak.

Meanwhile, Tory Tom Tugendhat, who chairs the Commons’ Foreign Affairs Select Committee, said he would “go for it” should the PM be forced out of No 10.

It is understood at least 35 letters calling for a vote of no confidence in Mr Johnson have been submitted to Sir Graham Brady, who chairs the party’s backbench 1922 Committee.

At least 54 letters are needed to force a vote.

MP Sir Charles Walker, once one of Mr Johnson’s most loyal supporters, said it was now “inevitable” that he would be ousted over the Partygate scandal.

But Business Secretary Kwasi Kwarteng said of his remarks: “I don’t see what he’s seeing.” He denied Mr Johnson had lost the confidence of the party and dismissed talk of dozens of no-confidence letters as “feverish speculation”.

He also defended Mr Johnson over his Jimmy Savile slur against Sir Keir during the debate over Sue Gray’s update on her Partygate report.

The PM suggested the former director of public prosecutions had failed to bring prolific sex predator Savile to justice.

Mr Kwarteng said Mr Johnson’s claim was “perfectly reasonable” as part of the “cut and thrust” of debate.

Meanwhile, Tory peer Gavin Barwell declared there was not “a chance in hell” Mr Johnson would quit voluntarily. The loyalty battle raged as the Prime Minister brought in two senior allies to Downing Street. He appointed Chancellor of the Duchy of Lancaster Steve Barclay as his Chief of Staff and ex-BBC journalist Guto Harri as his Communications Director.

And No10 chiefs are braced for more top departures. Trade Minister Penny Mordaunt has become the latest to be put on “resignation watch” over Partygate. But a source close to her said “she is doing her job and calling for calm heads”.