Boris Johnson says double jabs will be ‘liberator’ for travel

The Prime Minister will welcome the German Chancellor today at country residence Chequers. The trip marks Ms Merkel’s last UK visit before she steps down from her position later this year.

Ms Merkel has been pushing for people travelling from the UK to undergo mandatory isolation when arriving anywhere in the EU.

Last week, she told the EU summit in Brussels: “I will lobby for a more co-ordinated approach, particularly with regard to entries from regions where virus variants abound.”

French President Emmanuel Macron voiced his interest in the move.

He highlighted the importance of recognising the danger posed by coronavirus mutations and the advance of each country’s vaccine programmes. 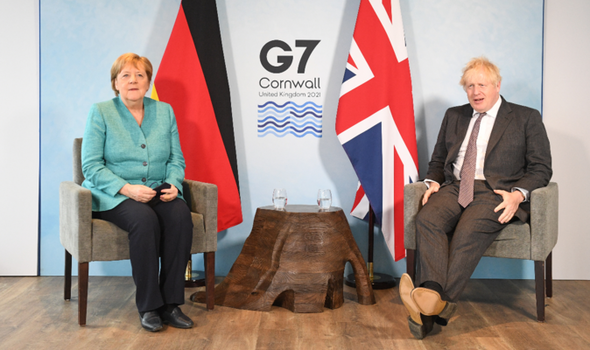 Mr Macron said: “We must all be vigilant because the much-talked-about Delta variant is coming, which spreads much more rapidly than the other variants and affects people who are not vaccinated or who only have had one dose.

“For me, one of the issues of discussion is to be really taking co-ordinated decisions in terms of opening of borders to third countries and on recognising vaccines because at this stage we have to limit this to the vaccines that have been approved by the European medical authority.”

But recent reports suggested fully vaccinated Britons could soon be free to travel to other countries without quarantining upon return.

When asked about the reports, the Prime Minister said “double jabs will be a liberator”. 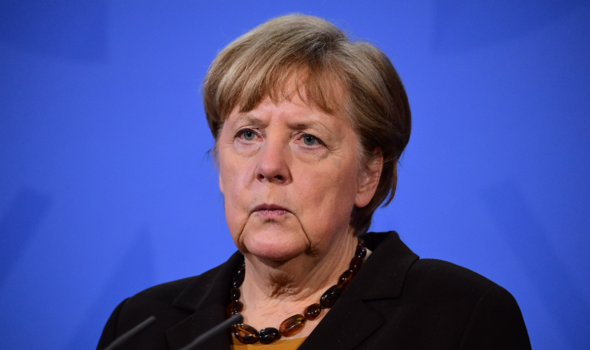 According to the Times, ministers are currently considering removing the isolation period for double-jabbed Brits returning home as soon as July 26.

The news outlet reported that the exemption would only apply to UK residents with access to the NHS.

A Government source told the Times: “The big focus for us is Europe now.

“All European ambassadors have been told to go lobby.”