The controversial legislation will give the Government power to override the section of the Brexit Withdrawal Agreement known as the Northern Ireland protocol. The Bill was comfortably passed by MPs, by 340 votes to 263 – but the next stages will not be as straightforward.

BBC Political Editor Laura Kuenssberg tweeted: “PM had a call with Tory peers tonight to try to assuage their fears about the bill.

“Bill sailed thro Commons today, but next week with amendments won’t be so easy, and Lords are gearing up for a fight – one Cabinet minister admitted there is no chance of it getting past the red benches as it stands.”

Some Tory backbenchers are deeply uncomfortable because by the admission of Northern Ireland Secretary Brandon Lewis, the Bill breaches international law. 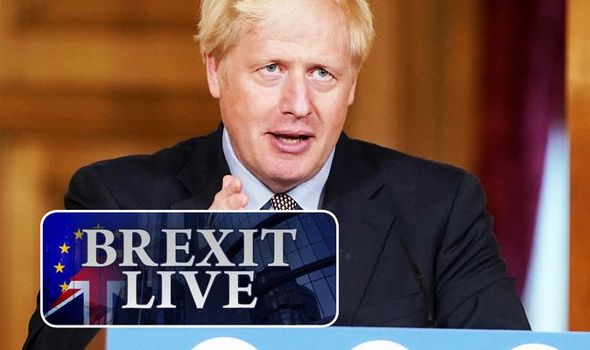 The European Union has demanded Mr Johnson withdraws the legislation by the end of the month.

During last night’s debate, Mr Johnson told the Commons the Bill was an “insurance policy” aimed at preventing the EU from interpreting aspects of the agreement in “absurd” ways.

He added: “What we cannot tolerate now is a situation where our EU counterparts seriously believe they have the power to break up our country,” he told MPs.

“We cannot have a situation where the very boundaries of our country can be dictated to by a foreign power or international organisation.”

(SCROLL DOWN FOR REGULAR UPDATES)

Furious EU leaders have threatened Brexit negotiations by choosing to delay their decision on whether the City of London should continue to deal with euro transactions.

The EU’s decision could create risks for the clearing house trade in euros on the London Stock Exchange.

Clearing houses are a mediator between buyers and sellers during trade.

But UK and EU politicians have disputed clearing houses as cities including Paris want to use Brexit as a tool to argue over London’s influence on financial markets.

Two Conservative MPs rebelled to vote against giving the United Kingdom Internal Market Bill a second reading, according to the division list.

They were Sir Roger Gale (North Thanet) and Andrew Percy (Brigg and Goole).

Thirty Conservative MPs did not record a vote although this will be for a combination of reasons, including abstentions and MPs who have been excused from voting or paired with opposition MPs unable to vote.

Among the 30 were former ministers Sajid Javid, Sir Bob Neill and Jeremy Wright, who had all indicated they could not support the Bill without changes. 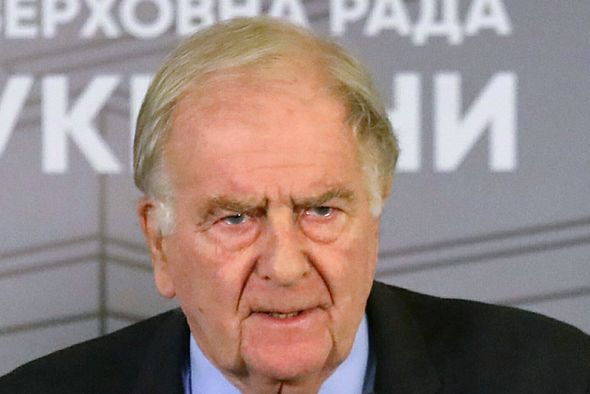 Boris Johnson is making the same mistake about the EU now as Harold Macmillan did about the European Community in the Sixties, a historian suggested in a throwback report.

British negotiators believe Downing Street’s plan to break international law may have helped reboot the trade talks by offering Brussels a reality check about the looming danger of a no deal scenario.

The publication of the internal market bill last week, under which key parts of the withdrawal agreement agreed last year would be rewritten, has enraged the EU and prompted a fresh rebellion within the Conservative Party.

Brussels has set Prime Minister Boris Johnson a three-week deadline to ditch his plans or face financial and trade sanctions, with the clear suggestion that negotiations over a future relationship will fail unless the most contentious parts of the proposed legislation are removed.

Watch the moment Ed Miliband lost it after Boris Johnson appeared to “roll his eyes” during a fierce clash in the House of Commons.

Mr Miliband criticised the Prime Minister and the UK Government for considering breaking “international law” during a House of Commons debate on the controversial Internal Market Bill tabled by the Government. Critics of the Brexit legislation argue it undermines the UK’s standing on the world stage after an admission last week from Northern Ireland Secretary Brandon Lewis that it would break the law in a “specific and limited way”.

But the Prime Minister maintains the Bill is necessary in order to uphold the UK’s sovereignty.

During his statement in the House of Commons, the former Labour Party leader stated “I don’t know why he is rolling his eyes” in regards to Boris Johnson. 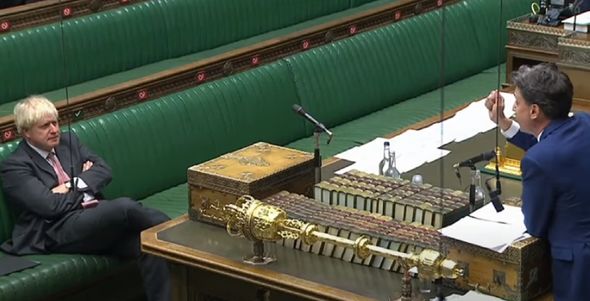 7.39am update: EU explodes in angry response to Boris victory – ‘Trying to blame us!’

The EU is concerned the Bill would give Britain the power to re-write the withdrawal agreement which was signed off last year.

The UK considers the Bill to be a defence against any attempt in the future by the EU to blockade food to Northern Ireland or impose customs checks.

Ms Barley told BBC’s Newsnight Brexiteers are “trying to blame the EU” for issues relating to a trade deal.

7.36am update: Union warns of “chaos and confusion”

The 46-page report, dated last week, says an essential IT system used by hauliers will not be tested publicly until the end of November, one month before the UK’s transition phase with Brussels ends.

Leading union Unite warned on Monday that Britain’s ports would be plunged into “chaos and confusion” in the new year unless customs systems and lorry parks are completed.

The union said lorry drivers feared the complex computer software to deal with customs would not be ready by December 31, adding most of the planned lorry parks were still to be built.

The latest developments come as Boris Johnson’s controversial plan to override key elements of the Brexit deal he signed with Brussels cleared its first Commons hurdle despite deep misgivings by some senior Tories.

The Government has admitted it is preparing for the “reasonable worst case” scenario ahead of Brexit as a leaked report warned of queues of 7,000 lorries in Kent and significant delays to cross into the EU.

A confidential document prepared by the Border and Protocol Delivery Group, and seen by The Guardian, also predicts thousands of passengers could have to wait an additional two hours for Eurostar trains.

However, a Cabinet Office spokeswoman said in a statement the Government was using a “stretching scenario” as opposed to a prediction.

She said: “As a responsible government we continue to make extensive preparations for a wide range of scenarios, including the reasonable worst case.

“This is not a forecast or prediction of what will happen but rather a stretching scenario. It reflects a responsible government ensuring we are ready for all eventualities.”