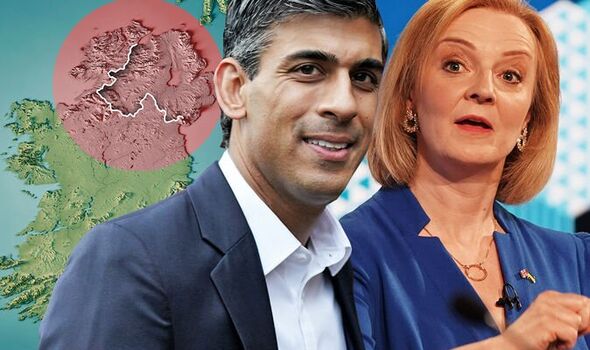 Liz Truss and Rishi Sunak are still battling it out to become the next Conservative leader and UK Prime Minister, but whoever wins already has their work cut out for them as the current Government spies a “September window” to reach a deal that could appease British and Unionist objections to the much-maligned Northern Ireland Protocol. Last week MPs voted to pass the Northern Ireland Protocol Bill in the House of Commons, meaning the bill will now pass to the House of Lords, where it is expected to meet stiff opposition from the upper house.

However, senior sources in Dublin have claimed the passage of the Bill, and the break before it is sent to the House of Lords, could offer a new British Prime Minister an opportunity to pursue a “reset” in relations with the bloc, which has now begun legal proceedings against the UK for its unilateral measures to override the protocol.

A senior Irish official said: “If a new Prime Minister wanted to take the initiative with the EU, a sort of reset moment, then there could be space in September.”

Another source said Brussels would be more willing to engage with a new Government on potential compromises on how the protocol operates before the Bill is enshrined into law.

The Northern Ireland Protocol has caused a political stalemate in Northern Ireland, with the DUP refusing to elect a new Stormont speaker to its parliament unless a number of changes are made by the British Government.

Good morning from London. I’m Aliss Higham, I’ll be bringing you all the latest developments on Brexit today. Please feel free to get in touch with me as I work if you have a story or tips to share! Your thoughts are always welcome.