Biden: ‘Putin is looking at a weak adversary’ says expert

With China sending record numbers of fighter jets to invade Taiwanese air space, the West breathed a sigh at Vladimir Putin’s decision last week to dismantle the build-up of Russian forces along Ukraine’s borders. The possibility of a second front on the Ukrainian border has been shelved, at least for now. But the US and EU should resist the urge to pat themselves on the back, experts warned.

Firstly, Russia is not rolling back all of its troops. Both its 56th air assault regiment, around 2,800 troops, and the much bigger elements of the 41st Combined Arms Army will mean in Crimea, bolstering Russia’s military pressure on Ukraine.

It is that military pressure, and the political pressure this entails, that will guarantee Ukraine is never invited to join Nato.

Even this misses the point that, while the law of unintended consequences always applies,  Vladimir Putin had no intention of fully invading. Internal polls in Russia do not support a war – and elections are coming. What Putin has shown his base, however, is that he can still put other Russia at the front and centre of global affairs.

He has managed to secure a completely unconditional bilateral meeting with US President Biden while in the same breath shining a spotlight on the depths of disunity and division in Europe and its Nato members over its Russia policy.

What Biden knows, and what  Britain also knows, is that fighting two separate military conflicts on two separate fronts would be a nightmare of disastrous proportions for the West.

“The UK doesn’t act alone, of course, but there is not one shred of doubt that Britain’s military is now so thinly stretched that we would not be able to cope military if presented with two extensive military conflicts by Russia and China at the same time,” said Robert Clark, defence and Global Britain Fellow at the Henry Jackson Society think tank. 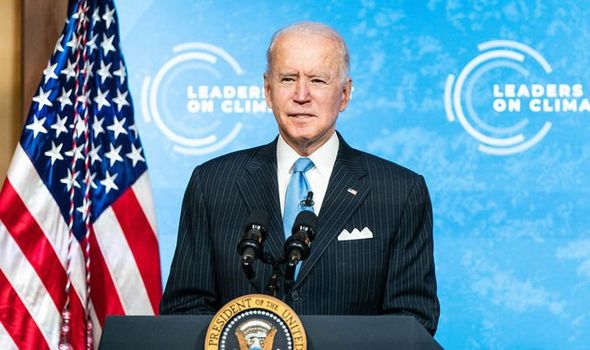 “Fifteen years ago, when UK forces were a third stronger than today, we were struggling to maintain our commitment in Iraq and Afghanistan.

“People who think that we would commit land and air forces against Russia and reserve our maritime forces for China miss the point that Britain leads the Joint Expeditionary Force (which includes Denmark, Finland, Estonia, Iceland, Latvia, Lithuania, the Netherlands, Sweden and Norway).

“The Royal Navy would be expected to lead efforts to ensure that the vital GIUK gap between Greenland, Iceland and the UK is kept open from Russian domination so as to allow vital US reinforcements across the North Atlantic.”

Vladimir Putin and Chinese Premier Xi Jinping know this too.

As US Secretary of State Anthony Blinken flew to Brussels in March 27 to engage with his Nato counterparts and reassure Europe of the US’ commitments, Russian foreign minister Sergei Lavrov went to China to meet his counterpart Wang Yi to sign a joint declaration which pledged to reject the politicisation of human rights and interference in their countries’ internal affairs.

The timing of the visit was no coincidence, Though the two powers have had a strategic partnership since 1997, which was cemented by treaty in 2001, it is by no means an equal relationship. 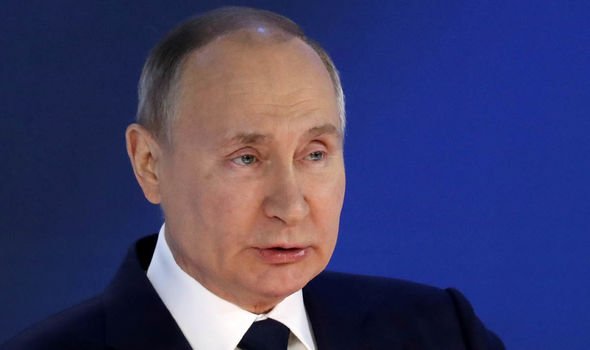 China is all too aware of Moscow’s economic reliance on Beijing and does not deign to send its senior ministers to Russia. There are other geographical tensions too. But as Theresa Fallon, founder of the Centre for Russia Europe Asia Studies (CREAS) in Brussels said last night: “This isn’t an alliance, but both Russia and China share many common interests, especially where the West is concerned. Even a marriage of convenience has children and the longer they’re together the harder it will be to pull them apart.

“And they have both been testing Biden. China’s escalation in Taiwan just as Putin escalated in Ukraine was no coincidence. They are probing to see how the US responds.

“China feels extremely confident right now because of the way it has handled Covid-19 – it’s the only economy that grew last year.

“Putin knows that any coordination between Moscow and Beijing represents a major distraction for Biden who still has a pandemic to fight at home and causing distractions is Putin’s forte.”

She added: “A strategist’s worst nightmare is the two-fronted war. The conventional wisdom is that you need Russia with you in order to fight China.

“The problem is that this won’t work. You cannot solve the China problem by thinking you can pull Russia into your tent. We need to deal with both problems.

“If people think hard, they’ll see that Putin has won, even though he has withdrawn his troops. And China knows it.”

Russian expert Jade McGlynn, also of HJS, said:  ”While the threat of harsher US sanctions may have contributed to Putin’s decision, this wasn’t the deciding factor.

“There was never going to be a full-scale invasion. His internal polls show that Russians don’t want a full-scale war with Ukraine.

“But an invasion has already taken place, of course. People will forget that more brigades have been moved permanently to Crimea and that 27 Ukrainian soldiers died this year due to the broken down ceasefire.”

She added: “If you are trying to pressure the West you are going to take advantage of the fact that another actor is already stretching it on one front.

“Russia and China are watching each other closely. “