Peter Bone asked questions to Alok Sharma in the House of Commons ahead of the Cop26 summit being held in Glasgow this November and wanted the minister to clarify misconceptions surrounding climate change. He recalled former prime minister David Cameron visited the arctic to witness climate change and so followed in his steps to be more environmentally friendly. But confusion over how green certain technologies were prompted a joke from Peter Bone to which members in the House of Commons roared at with laughter.

Speaking in the House of Commons, Mr Bone said: “You will remember when David Cameron was hugging huskies and I thought it was a great idea to try and do something to save the planet.

“So I got rid of my polluting petrol car, bought a bio-fuel car and then discovered I was destroying the rainforest.

“So I knew what to do next to get CO2 down, buy a diesel car.

“Now I know that when I drive along the street I’m poisoning people. 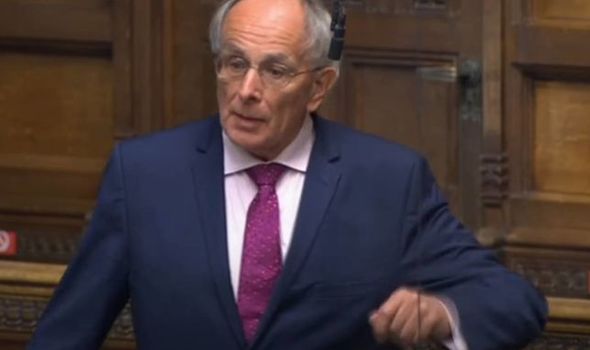 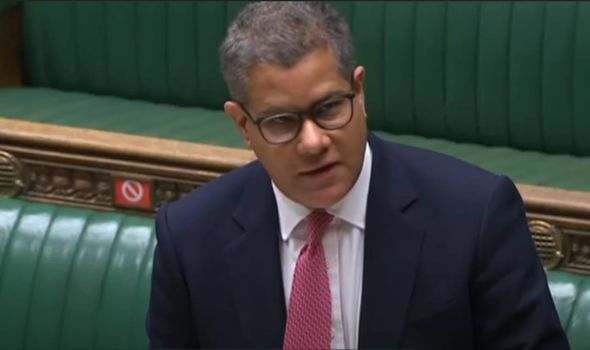 “So could the president please give me some advice, before buying an electric car will he assure me that the mining of cobalt and lithium isn’t killing people in the mines?

“Or would it just be easier for me to buy a horse?”

MP could be heard laughing in the background with even Speaker Lindsay Hoyle cracking a smile at the bizarre joke.

Mr Sharma responded and said: “It would certainly be sustainable. 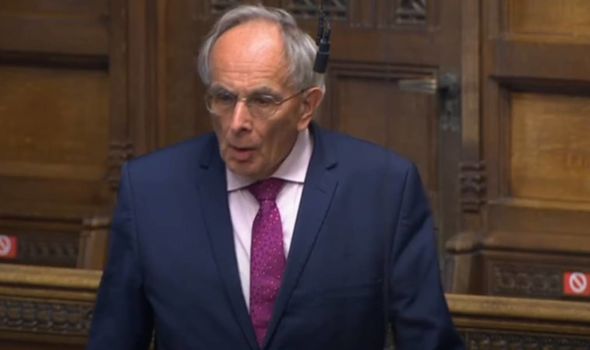 “It’s great that he’s made a decision to purchase an electric vehicle and I can tell him he won’t be disappointed.

“Plug-in grants are available and he knows that the Government is also backing the sector with almost £3 billion worth of support.”

Glasgow is preparing to host the Cop26 summit later this year with local councils pledging to plant 18 million trees – around ten per person living in the Glasgow area.

However, some MPs and former Cop officials have voiced concerns the two-week event may not be a completely physical event as promised. 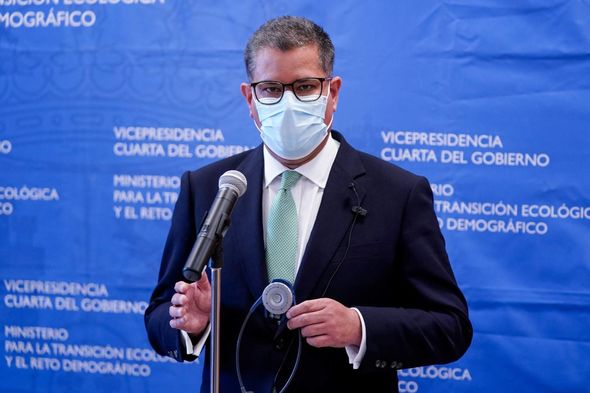 Former energy minister Claire O’Neill was given the role of Cop26 president in 2019 but was sacked to install a serving minister in the role instead.

Ms O’Neill warned the parties involved in the setting up of the summit have failed to progress in any meaningful way as the majority of planning is held virtually.

Cop26 has already been delayed by a year due to the pandemic and she fears it may be delayed again as organisers struggle to make headway.

Mr Shama addressed the concerns during his Commons appearance and said: “I’ve always been clear and I’ve reiterated this in a speech I gave in Glasgow with six months to go to Cop, that we want this to be a physical event.

“That is the basis on which we are planning and we’re ensuring that we’re exploring all measures to ensure this is Covid secure, it’s safe for the people of Glasgow and of course safe for participants as well.”