(Reuters) – Bernie Sanders has grabbed the early lead in the race to become the Democratic presidential nominee to challenge President Donald Trump in November, but one online political wagering market is showing an increase in bets on a different outcome: A contested party convention. 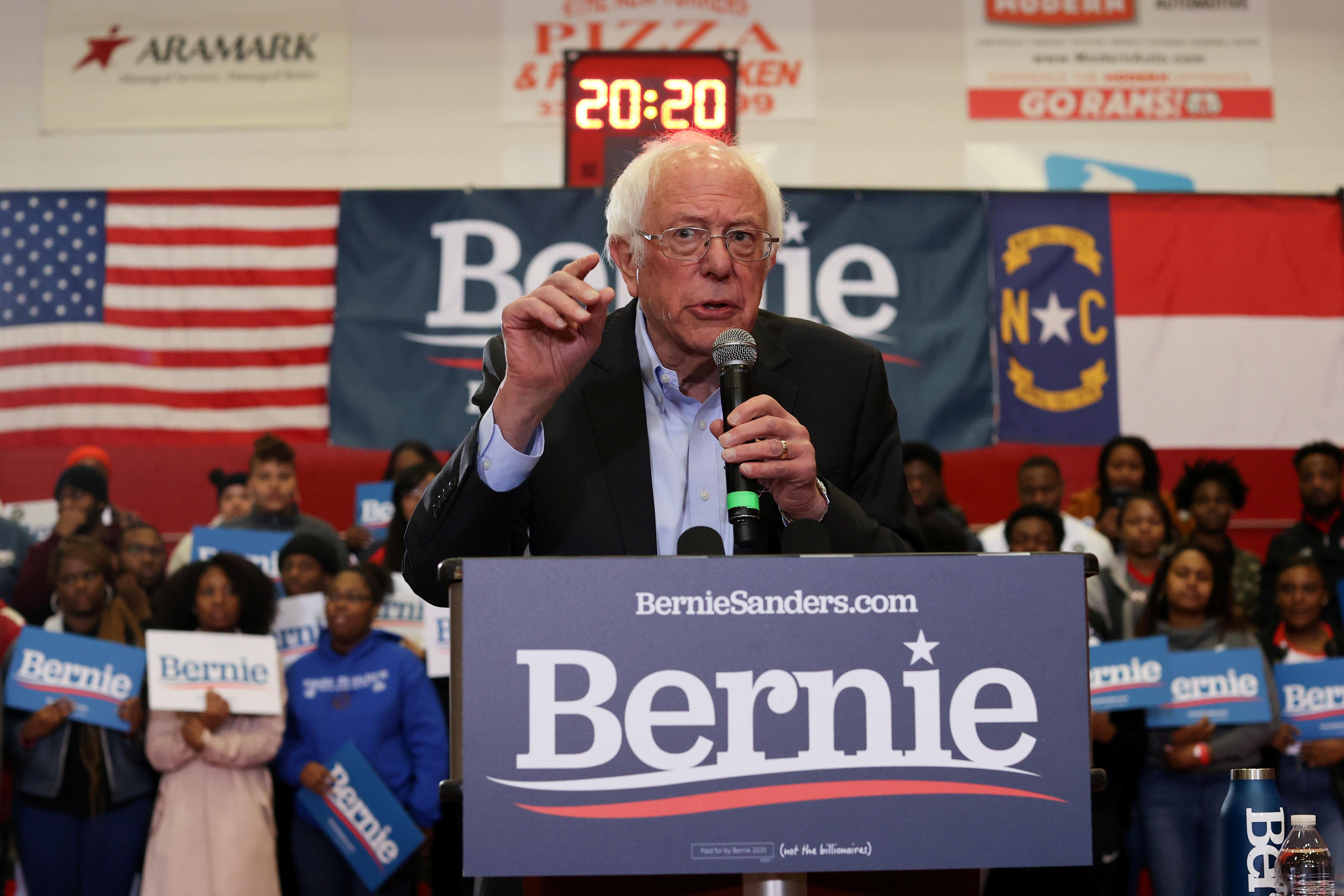 On PredictIt, one of the most active markets taking bets on U.S. politics, “Yes” contracts on the question “Will the Democrats have a brokered convention in 2020?” were trading at 54 cents on Thursday. Bettors come from the general public and are not necessarily more knowledgeable than anyone else.

That was up 3 cents from Wednesday and translates to a 54% market-derived probability that neither Sanders, a U.S. senator from Vermont, nor his half dozen or so rivals will secure the 1,991 delegates needed to win the nomination on the first ballot at the convention this July in Milwaukee.

Failure to secure a first-ballot win would result in a “brokered convention” – a term for the horse-trading that would ensue among the candidates and the party’s power brokers to determine who gets the nomination. That has not happened in either the Democratic or Republican party nominating process since 1952.

The rise in the contested-convention contract’s price – accompanied by a surge in trading volume – comes as the first batch of large states get set to hold their primaries in the days ahead. South Carolina’s primary is on Saturday and then 14 states known as Super Tuesday.

Only 100 delegates have been awarded so far after caucuses in Iowa and Nevada and a primary in New Hampshire. That is only 5% of the total needed for a first-ballot convention win.

While Sanders claims the lead with 45, he has only a plurality so far. Behind him are former South Bend, Indiana, mayor Pete Buttigieg with 25, former U.S. Vice President Joe Biden with 15, and U.S. senators Elizabeth Warren with 8 and Amy Klobuchar with 7.

The PredictIt wagers reflect bettors in that market expecting the plurality pattern to hold in the weeks ahead, especially as billionaire Michael Bloomberg starts appearing on ballots in big states where he has spent heavily on advertising.

The PredictIt contested-convention contract had traded as high as 59 cents earlier this month, but it fell sharply last Saturday on Sanders’ strong showing in the Nevada caucuses, where he more than doubled his delegate count.

Still, as other Democrats have taken direct aim at Sanders and top Democratic Party officials here show alarm over the prospect of a democratic socialist winning the nomination, his own odds on PredictIt have faltered this week as the brokered convention bets have regained steam. After hitting a high of 65 cents last weekend after Nevada, his contract was down to 53 cents on Thursday.

The convention is due to take place from July 13-16 in Milwaukee ahead of a Nov. 3 election.