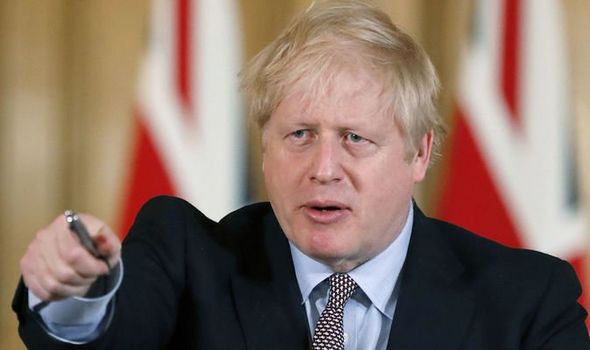 Boris Johnson unveiled a national epidemic battle plan as 12 more victims were found to have the deadly infection.

Acknowledging a looming “national challenge”, the Prime Minister promised he would prioritise care for the elderly and vulnerable.

The NHS has declared the outbreak a level four emergency which is the highest warning that can be issued, as Government medics warned the chances of dying from the flu-like disease “ramps up” for the over-80s.

At the height of an epidemic, up to one in five workers could be off sick, Mr Johnson’s plan says.

Intensive care units have been ordered to make urgent checks for Covid-19 cases among patients amid fears the virus could be already present and spreading among the most vulnerable.

NHS trusts warned that if the outbreak spreads they may have to use all wards to treat victims, who are currently in isolation.

The 28-page battle plan also puts the Armed Forces on standby “to provide support to civil authorities if requested”. 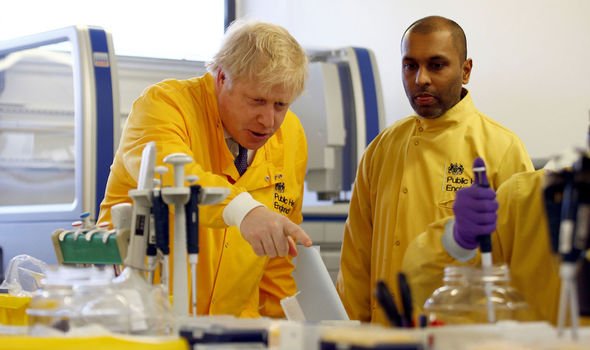 Police could be forced to focus only on serious crimes and maintaining public order if force numbers are squeezed by illness.

Sweeping new powers will also allow border guards at UK ports and airports to force arriving travellers to test for Covid-19 and detain and isolate any who refuse.

A TV and social media blitz urging people to wash hands regularly will be launched today.

Flanked by his scientific and medical advisers, the Prime Minister said at Downing Street: “I do think this is a national challenge.

“The potential is there for this to be something that our country has to get through. But I’ve got absolutely no doubt that we have the resources or the health service – we’ve got the expertise to do it.

“I’m very confident that the British public can see exactly what the balance of risk is. I think they are getting a very clear picture of how we need to behave and I think we will get through it.”

Mr Johnson said the Government would be “prioritising the needs of the vulnerable and the elderly” because data shows they are most at risk of dying from the virus. 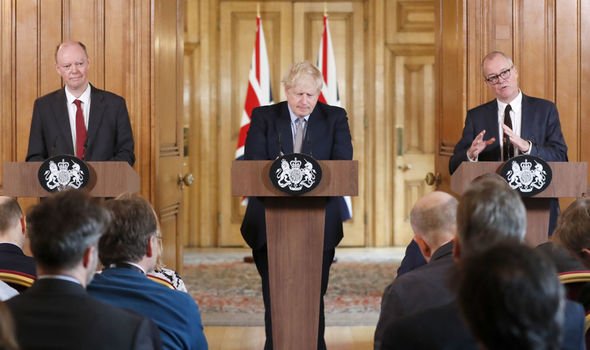 England’s chief medical officer Professor Chris Whitty said: “There is a significant ramp up in the risk of people dying of this infection once they get over 80.

“The exact percentages will depend on a lot of factors including the health care system you have in place.” But, Prof Whitty stressed, the Covid-19 mortality rate was still low, even in high-risk groups.

He said: “If you look at the Chinese data, if you take the very oldest people, the great majority survive.”

Government medics are confident a UK worst-case scenario prediction of 500,000 dying from coronavirus is far too high and an “unhelpful” estimate. Five hundred more NHS 111 helpline handlers have been recruited to deal with questions.

Health Secretary Matt Hancock told MPs yesterday: “As of 9am today there were 51 confirmed cases in the UK and it is becoming more likely that we will see widespread transmission in this country.

“Our approach is to plan for the worst and work for the best.” 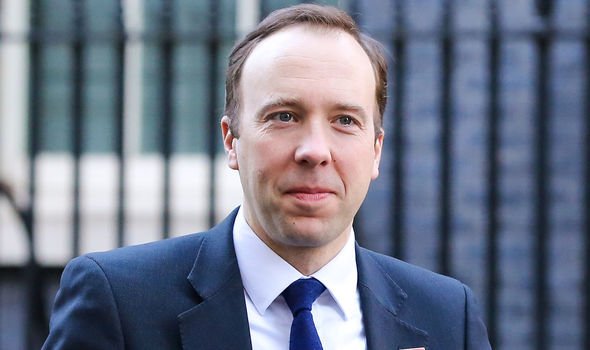 Prof Whitty said eight patients had recently travelled from Italy, one from Germany, one from Singapore, one from Japan and one from Iran.

Mr Hancock said the Government was “currently engaged with more than a dozen companies to try to come up with a bedside test” for Covid-19.

A Whitehall source said the military would be deployed only to cover security at nuclear plants and other key sites.

Meanwhile Mr Johnson insisted he had not given up shaking hands with visitors.

He said: “I visited a hospital the other night where there were a few coronavirus patients. I shook hands with everybody.”