(Reuters) – Democratic presidential candidate Elizabeth Warren will get help in the final days before Nevada’s caucuses from a super PAC, despite her outspoken opposition to such fundraising efforts. 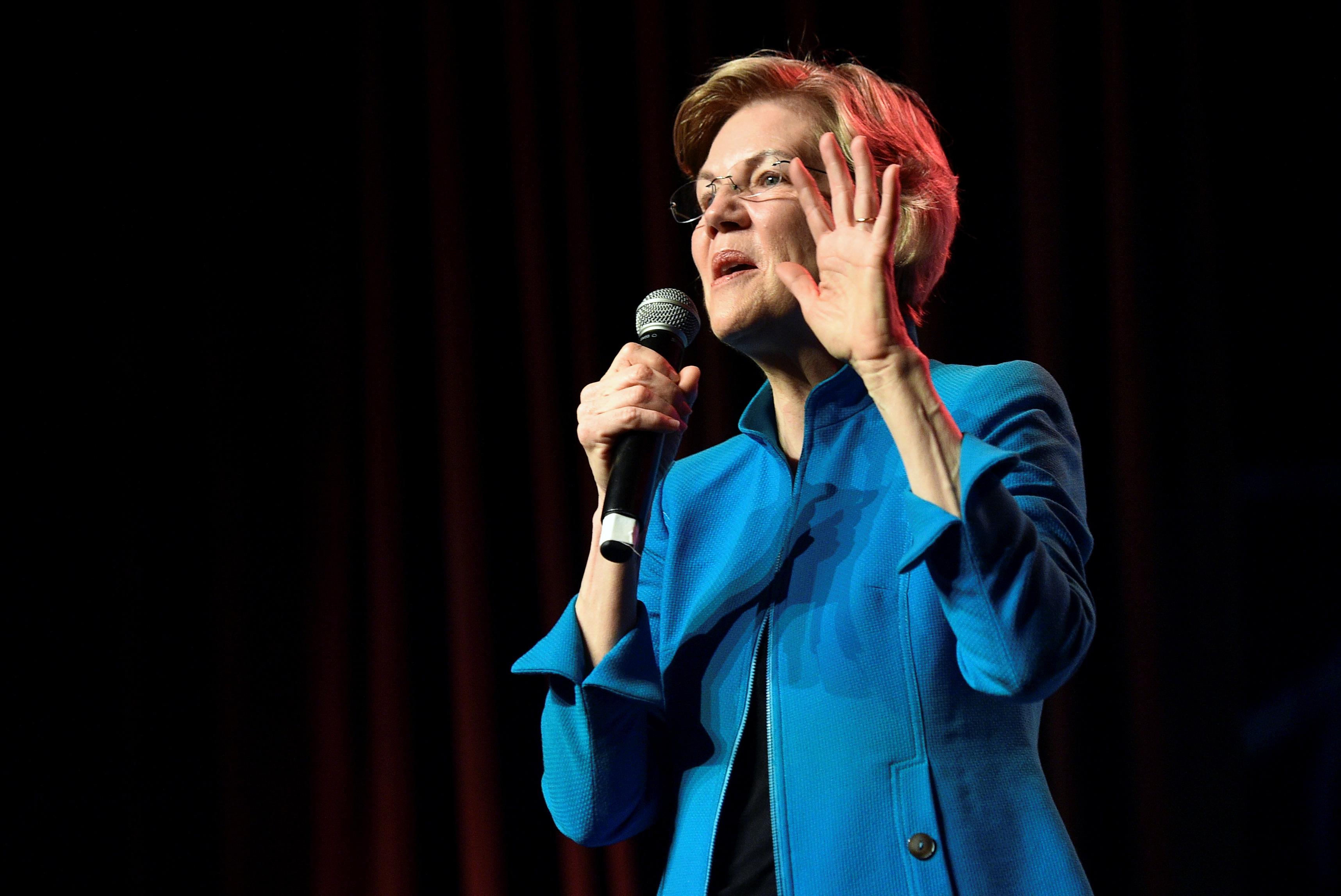 Warren, a U.S. senator from Massachusetts, has centered her campaign on eliminating the influence of money in politics, forswearing high-dollar fundraisers and accusing billionaires like rival Michael Bloomberg of buying their way into the race.

But she cannot control independent political action committees known as super PACs, which may raise and spend unlimited funds as long as they do not coordinate with candidates’ campaigns.

In a statement, Warren’s campaign said, “Senator Warren’s position hasn’t changed. Since day one of this campaign, she has made clear that she thinks all of the candidates should lock arms together and say we don’t want super PACs and billionaires to be deciding our Democratic nominee.”

At the most recent Democratic debate in New Hampshire, Warren criticized other candidates for getting help from outside sources.

“Everyone on this stage except Amy and me is either a billionaire or is receiving help from PACs that can do unlimited spending,” Warren said, referring to U.S. Senator Amy Klobuchar.

Since then, a super PAC supporting Klobuchar, Kitchen Table Conversations, has also formed and is running television ads in Nevada and South Carolina.

Nevada’s caucuses take place on Saturday, while South Carolina’s Democratic primary election is scheduled for one week later. The candidates will appear on stage on Wednesday night for a televised debate in Las Vegas.

Warren is looking for a comeback in Nevada after finishing third and fourth in Iowa and New Hampshire, respectively, despite having invested heavily on the ground in both states.

She is backed by the Progressive Change Campaign Committee, a PAC that has been closely allied with her since she first ran for the U.S. Senate in 2012.

Persist takes its name from a phrase that Republican Senate Majority Mitch McConnell used to admonish Warren in 2017, when he said, “Nevertheless, she persisted.” The words have since become a rallying cry for Warren’s supporters.

It is not clear who the super PAC’s financial backers are. A spokesman for the group did not respond to requests for comment on Wednesday morning.

The new advertisement featured images of Warren with former President Barack Obama and spotlights Warren’s fight against Wall Street, including her work in creating the Consumer Financial Protection Bureau.

“It’s why she’ll take him on – and win,” the narrator continues, over a photo of President Donald Trump.