WASHINGTON (Reuters) – U.S. Democratic presidential candidates said on Sunday billionaire Michael Bloomberg should face the same rigorous scrutiny as his rivals and they would welcome the chance to square off with him in a 2020 presidential debate. 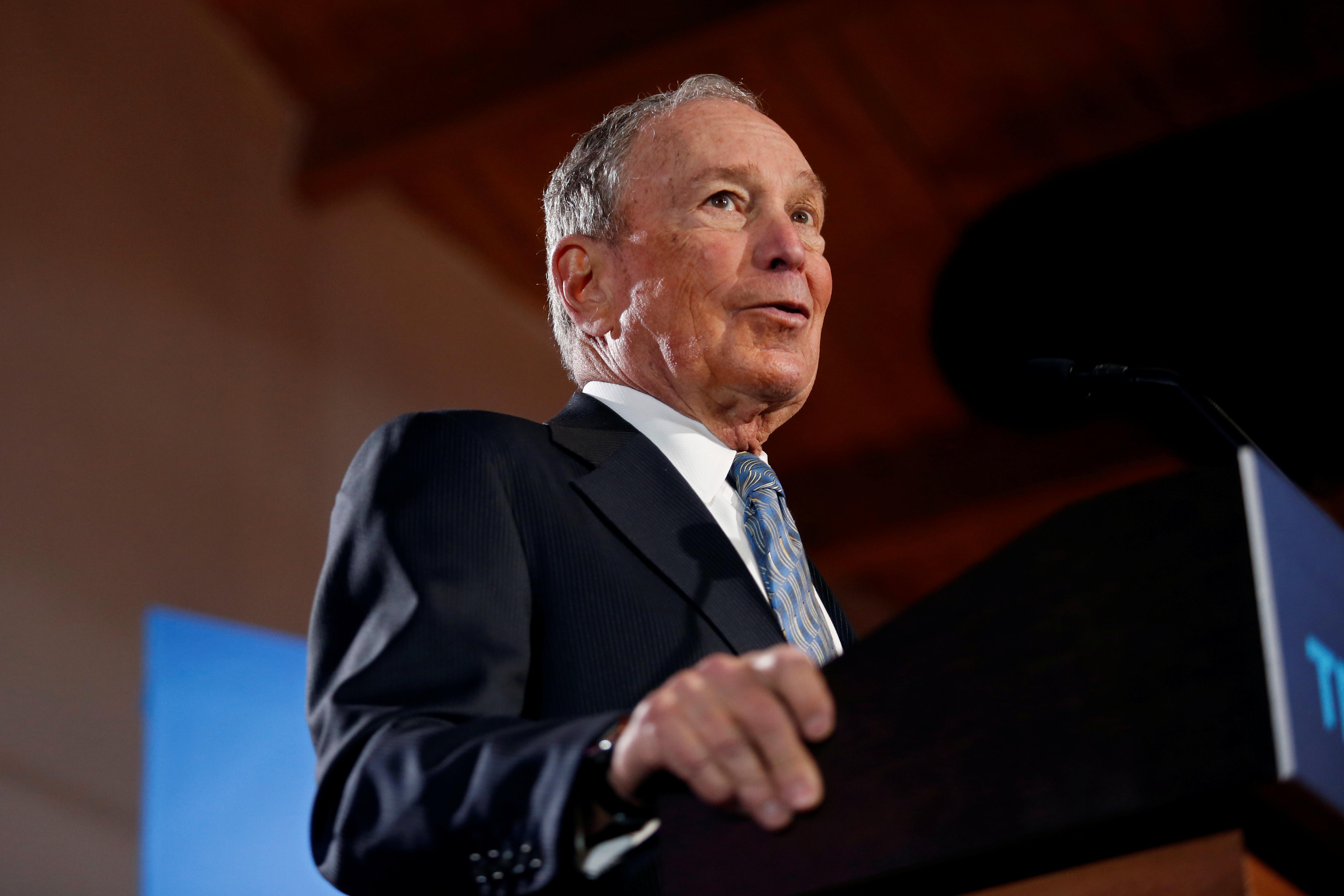 Bloomberg, a media mogul and former New York City mayor, has vastly outspent other Democratic candidates in campaign advertisements. He was a late entry into the 2020 race for the nomination to face Republican President Donald Trump in November, and has not qualified for any presidential debates.

But Bloomberg will be included in Wednesday’s event if he scores higher than 10% on one more public opinion poll.

“He just can’t hide behind the airwaves,” candidate and Minnesota Senator Amy Klobuchar said on NBC’s “Meet the Press.” “I can’t beat him on the airwaves but I can beat him on the debate stage and I think people of America deserve that to make a decision.”

Former Vice President Joe Biden said he would challenge Bloomberg over his mayoral record, specifically his support for a policing strategy known as “stop and frisk” that was criticized for ensnaring disproportionate numbers of blacks and Latinos. Bloomberg apologized for it in November, shortly before announcing his candidacy.

“The point is that $60 billion can buy you a lot of advertising, but it can’t erase your record,” Biden said on NBC.

Bloomberg’s campaign has also faced accusations he made inappropriate comments toward women and that his company, Bloomberg LP, fostered a hostile environment for female employees. His campaign has denied those allegations.

In a Jan. 15 interview with ABC’s “The View,” the 78-year-old Bloomberg said his company, which provides news and financial information to Wall Street, has “very few” cases of sexual harassment given its large size, and said he thinks “most people would say we’re a great place to work.”

The Washington Post on Saturday published what it said was a copy of a 32-page booklet distributed at a party in 1990 that included sexist remarks by Bloomberg, reportedly compiled by his colleagues. Reuters was unable to independently view the material.

In one notable instance, a saleswoman filed a lawsuit alleging that when she told Bloomberg she was pregnant in 1995, his response was, “Kill it.” Bloomberg has denied making the remark, and the lawsuit was settled.

On Sunday, Bloomberg campaign spokeswoman Julie Wood said of the Washington Post report: “Virtually all of this has been reported over the past two decades. In any large organization, there are going to be complaints – but Mike simply does not tolerate any kind of discrimination or harassment, and he’s created cultures that are all about equality and inclusion.”

Asked about the Washington Post report, Pete Buttigieg, the Democratic presidential candidate and former mayor of South Bend, Indiana, told “Fox News Sunday”, “I think he’s going to have to answer for that and speak to it.”

About 10% of Democrats and independents who are women support Bloomberg’s nomination bid, the same share as in the general population, according to Reuters/Ipsos polling conducted between Jan. 22 and Feb. 10.

In his interview on “The View,” Bloomberg expressed regret over telling racy jokes in the past. “Did I ever tell a bawdy joke? Yeah, sure I did. And do I regret it? Yes. It’s embarrassing,” he said. “But, you know, that’s the way I grew up.”