Republicans have controlled the state government since 2003. An anti-Trump surge could give Democrats a crucial boost. 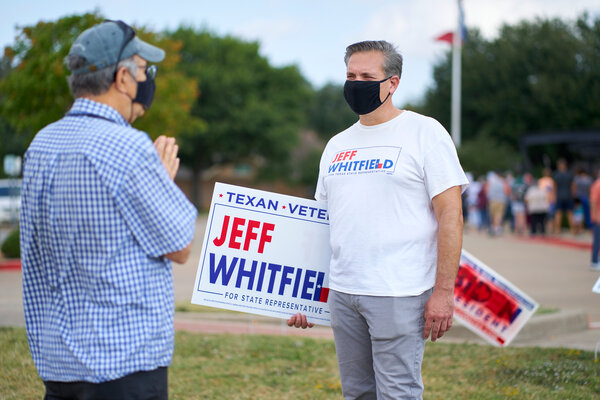 BEDFORD, Texas — Deep in the suburbs northeast of Fort Worth, Democrats trying to win the Texas House for the first time in years have been getting help from a surprising source.

For 16 years, until he left office in 2013, Todd A. Smith was a Republican representing these suburbs in the Texas House of Representatives. His district covered a fast-growing hub of middle-class and affluent communities next door to Dallas-Fort Worth International Airport.

When it came time to decide whom he would support for his old seat, Mr. Smith said he had no hesitation — he threw his endorsement to the Democrat in the race, Jeff Whitfield.

“This is no longer my Republican Party,” Mr. Smith said last week while sitting outside his house, which has a “Republicans For Biden 2020” sign on the front lawn.

After a generation under unified Republican control, Texas is a battleground at every level of government this year. President Trump and Senator John Cornyn are fighting for their political lives, and five Republican-held congressional seats are in danger of flipping.

But some of the most consequential political battles in Texas are taking place across two dozen contested races for the Texas State House, which Republicans have controlled since 2003. To win a majority, Democrats must flip nine of the chamber’s 150 seats — the same number of Republican-held districts Beto O’Rourke carried during his 2018 Senate race, when he was the first Texas Democrat to make a competitive run for Senate or governor in a generation.

Mr. O’Rourke has organized nightly online phone banks that are making about three million phone calls a week to voters during the campaign’s final stretch. His organization helped register about 200,000 Texas Democratic voters in an attempt to finish a political transformation of Texas that began with his Senate race. 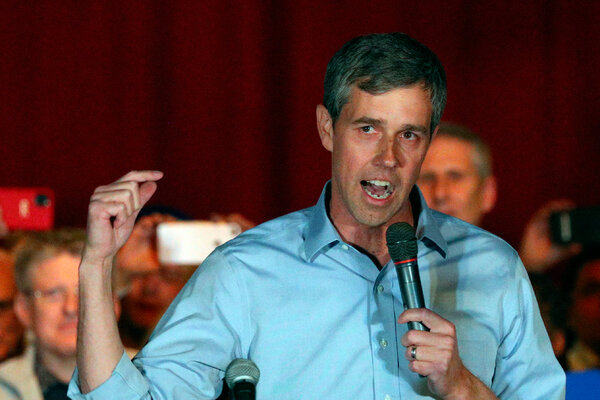 “I actually won more state House districts than Ted Cruz,” Mr. O’Rourke said in an interview last week. “It’s just that the candidates in nine of those, the Democratic candidates, didn’t end up winning.”

Control of the Texas House comes with huge implications beyond the state’s borders. A Democratic state House majority in Texas would give the party one lever of power in the 2021 redistricting process, when the state is expected to receive as many as three new seats in Congress. It would also give them a voice in drawing Texas state legislative lines for the next decade.